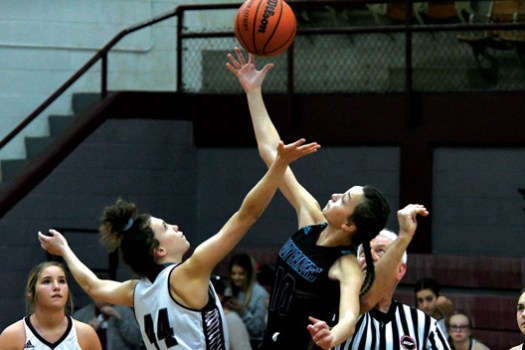 Star Photo / Brandon Hyde Unaka and Happy Valley girls basketball tipped off Tuesday night. Both teams struggled a bit on offense early on, but things heated up in the second half. 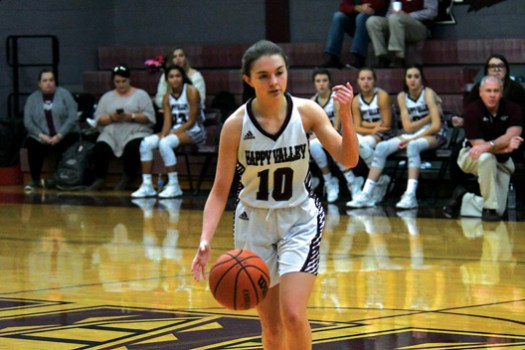 Star Photo / Brandon Hyde Happy Valley struggled to get anything going after the half as Lady Warrior Holly Moore signals a play. 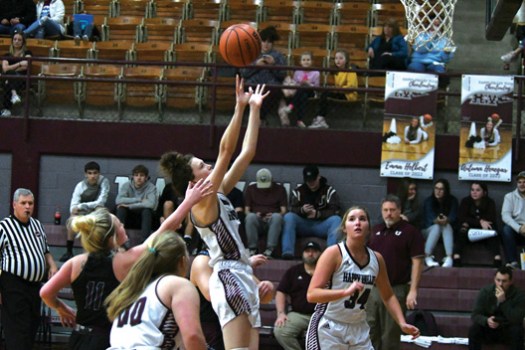 Star Photo / Brandon Hyde Happy Valley's Scarlett Zeoli led scoring for the Lady Warriors with 14 overall, but it wasn't enough to lift them past Unaka. 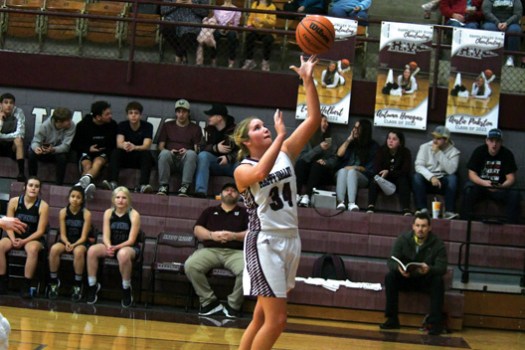 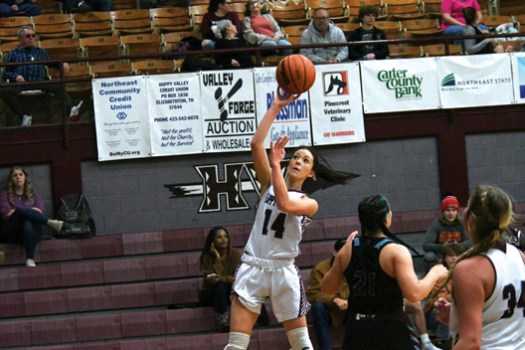 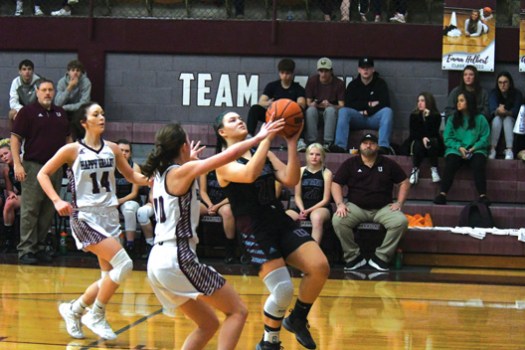 Star Photo / Brandon Hyde Kiki Forney puts up a shot for the Lady Rangers as Unaka came alive in the 3rd period with a 20 pt surge. 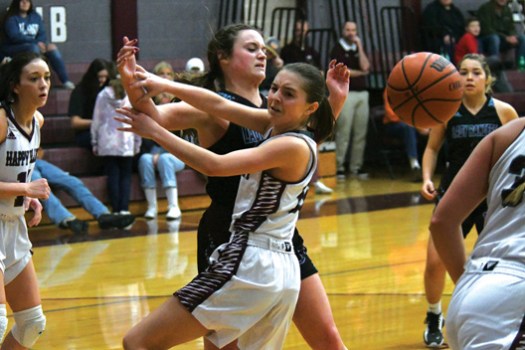 Star Photo / Brandon Hyde Sluggish play and turnovers plagued both teams Tuesday night, but Unaka got it together in the 2nd half as Happy Valley continued to struggle. 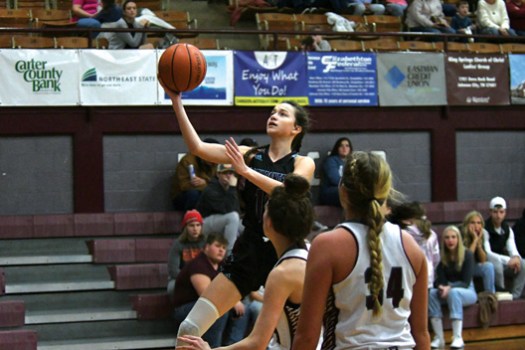 Star Photo / Brandon Hyde Unaka's Lynde Ramsey led the charge for the Lady Rangers as she scored 9 pts in the 3rd period alone against Happy Valley and finished with an impressive 24 pts for the game.

BY BRANDON HYDE
STAR CORRESPONDENT
Just like most of Carter County, it took the Unaka Lady Rangers and Happy Valley Lady Warriors a while to thaw out after winter finally showed up as both teams struggled in the first half of their matchup at Happy Valley Tuesday night.
Unaka would prove to thaw out a little quicker later on, but not before a slow start to the game for both teams.
It was a tight battle with both teams swarming on defense, but neither really lighting it up in the first half on offense, aside from a strong second period from Lady Ranger Macey Ensor from the perimeter and Lady Warriors Kadie Bailey with some nice baseline action.
The game was still close going into halftime with Happy Valley leading Unaka 25-23.
Things began to warm up for Unaka in the third period as their offense came alive.  Happy Valley had no answer as Unaka pulled ahead in the period and never looked back.
Happy Valley’s struggles continued into the fourth period with sluggish play and missed opportunities along with turnovers.
Lyndie Ramsey was the catalyst that got the game heated up for the Lady Rangers, especially in the second half as she scored nine points in the third period alone after a quiet second period.
She equaled that total in the final period after a decent showing at the line hitting 3-of-6.  However, the long-ball hot hand belonged to Ensor as she lit up the court with three pointers in the second and third periods for a total of five baskets from downtown.
Ensor finished the night with 16 points and Ramsey had another solid outing with 24 points
With two minutes left in the game, Lady Warriors Scarlett Zeoli gave Happy Valley a warm ray of hope after scoring on an assist from Marcida Moore and drawing the foul.
This pulled Happy Valley within ten as they trailed 51-41, but it was short lived as Zeoli missed her second free throw and the rebound was snagged by Ramsey which led to Ramsey making a transition basket on a swift move at the other end to put Happy Valley’s attempted comeback on ice.
Ramsey led the contest with 24 points overall for Unaka with Ensor following with 16.  Julie Simerly came in with nine points as well for the Lady Rangers.
Zeoli led Happy Valley with 14 points along with Kadie Bailey who added 12 points. Marcida Moore contributed seven points for the Lady Warriors.
—
Unaka,  58-44
Unaka (58)
Lyndie Ramsey 24, Macey Ensor 16, Julie Simerly 9, Kiki Forney 5, Tara Whitehead 2, Abby Slemp 2.
Happy Valley (44)
Scarlett Zeoli 14, Kadie Bailey 12, Marcida Moore 7, Kenzie Ramey 6, Holly Moore 5.
Unaka…………10   13  20 15 – 58
Happy Valley….11  14    6  13 – 44