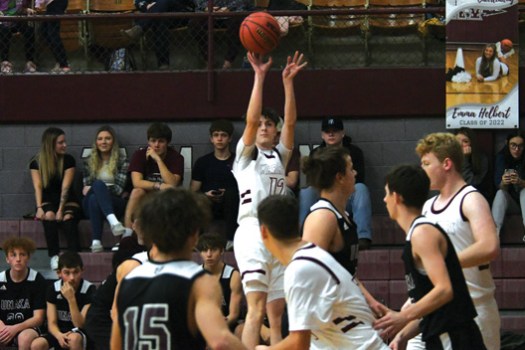 Star Photo / Brandon Hyde Warrior Colby Chausse tried to get something going on a baseline jumper, but Happy Valley struggled to get shots to fall. 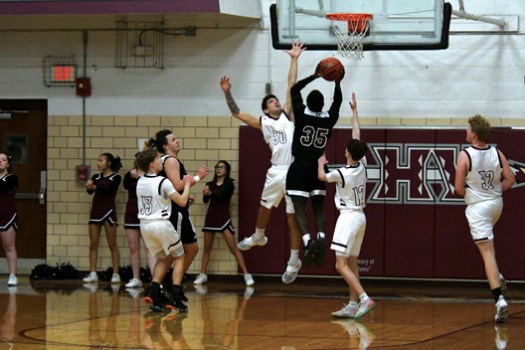 Star Photo / Brandon Hyde Joe-Z Blamo had a good night for Unaka as he and Joseph Slagle led the charge with 18 points apiece for the night. 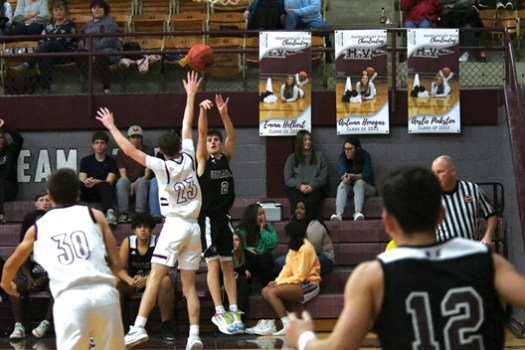 Star Photo / Brandon Hyde Joseph Slagle wowed the crowd with four three-pointers in a row during the first period of play for Unaka. He had six treys overall and 18 points on the night. 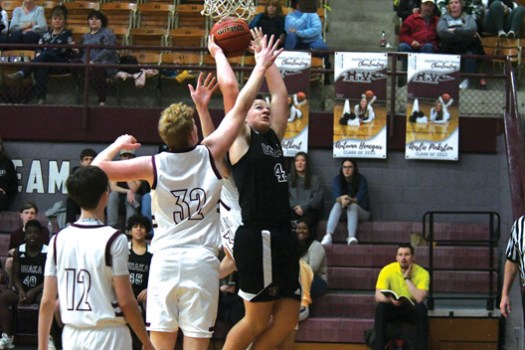 Star Photo / Brandon Hyde Unaka's Landon Ramsey was a force to be reckoned with in the paint on offense and defense. His size and strength gave the Rangers a lot of leverage inside all night. 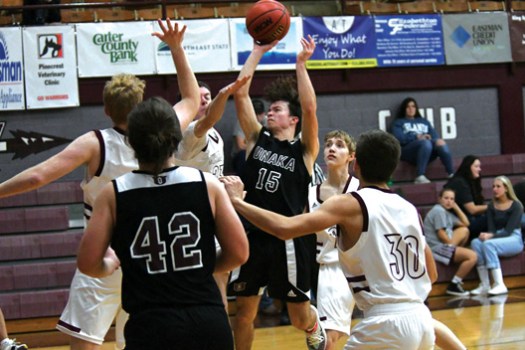 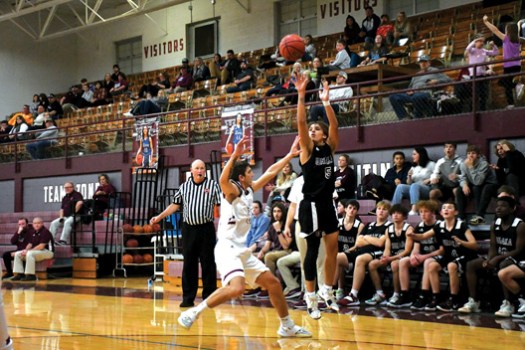 Star Photo / Brandon Hyde Caleb Lydick scores on a jumper late in the game for Unaka as the Rangers sailed past Happy Valley Tuesday night. 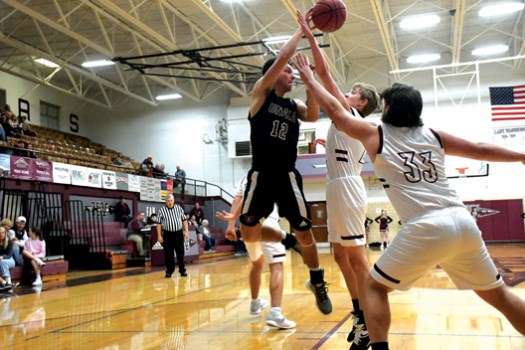 Star Photo / Brandon Hyde Unaka's Gavin Seigfried draws the Happy Valley defense in as he swings the ball over to Brayden Powell on an assist. 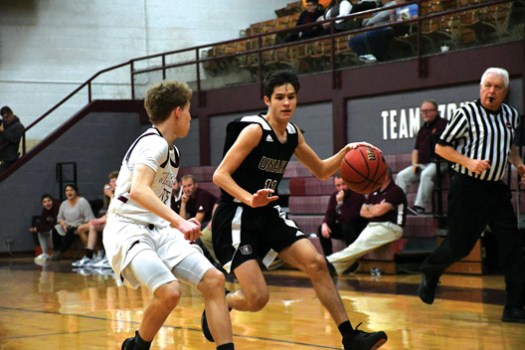 Star Photo / Brandon Hyde Unaka's Ryan Sexton dribbles past a defender as the Rangers speed and execution proved to be too much for Happy Valley.

BY BRANDON HYDE
STAR CORRESPONDENT
Like a heavyweight prizefighter looking to destroy his opponent, Unaka came out swinging and never let up as the Rangers proved to be too much for the Happy Valley Warriors Tuesday night.
It looked as though Happy Valley was going to come out firing as they struck first with an early three-pointer by Cole Deakins, however, that was met with a hot-handed Joe Slagle who answered with no less than four treys in a row during the first period…two of those coming with 3:18 remaining.
The final two from Slagle came in the closing minutes of the opening period, sending a message that it was going to be a long night for Happy Valley.
What started out as an enthusiastic Happy Valley crowd with the early score soon turned to silence as Slagle sunk his fourth with less than a minute to go.
With seven minutes to go in the second period, Joe-Z Blamo scored on a pull-up jumper and was fouled, resulting in a three-point play.  This led Happy Valley to call a timeout to reassess the situation and hopefully make some adjustments, but things seemed to go even further downhill from this point.
Full court press and excellent rebounding were key factors in Unaka’s early lead as Blamo was fouled again on a similar pull up jumper and three-point play, putting the Rangers up 18-3 early on.
With a little less than five minutes to go in the second period, James Murray got a steal and took it down court for a score, cutting Unaka’s lead in half, 18-9.
But the quick spark was short lived as Unaka continued to deliver blows into halftime with the score of 31-10 at the break.
The Unaka defense only got quicker and more stifling as Happy Valley subsequently couldn’t get anything going in the paint throughout the remainder of the contest.
After being forced to try and score from the perimeter, the Warriors couldn’t seem to buy a basket.  On top of that, turnovers and poor rebounding gave Unaka the upper hand with no offensive response throughout the game.
Any time it looked as if there was a spark by Happy Valley, it was quickly squelched with a quick and decisive response by the Rangers.
Happy Valley’s Austin Nickels left the game briefly in the second half with a bloodied mouth after trying to defend an Unaka inbound pass.
In almost symbolic fashion, Unaka continued to throw punches and bloody the mouth of the Warriors with a relentless pursuit on defense and tower-like defense inside.
Coach Aaron Dugger for Unaka was thankful for the win as he credited Happy Valley with always fighting hard and giving them a good matchup.  He believed his team came out on top with good defense and putting four good periods of play together.
Joseph Slagle and Joe Z Blamo led Unaka’s offense with 18 points apiece along with Landon Ramsey’s nine points inside.
Happy Valley’s Cole Deakins led the Warriors with 12 points along with James Murray’s nine points and four points coming from Blake Garmon.
—
Unaka, 61-40
Unaka (61)
Joe-Z Blamo 18, Joseph Slagle 18, Landon Ramsey 9, Devin Ramsey 6, Caleb Lydick 4, Gavin Seigfried 2, Marcus Shomaker 2, Brayden Powell 2.
Happy Valley (40)
Cole Deakins 12, James Murray 9, Blake Garmon 4, Donavan Maxwell 3, Austin Nickels 2, Landon Babb 2, Joey Sowards 2, Steven Perry 2.
Unaka…………14  18  16   13 – 61
Happy Valley….  3    7     9   21 – 40