Cyclones put together complete-game effort for win over East 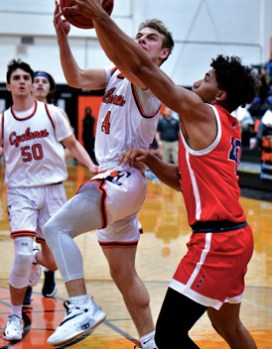 Star Photo/Ivan Sanders Kaleb Hambrick pushes the basketball hard toward the rim for the Cyclones. 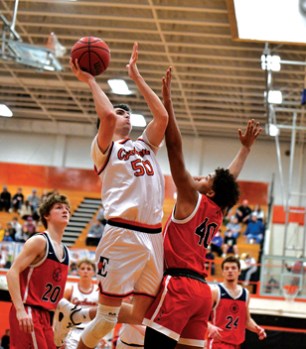 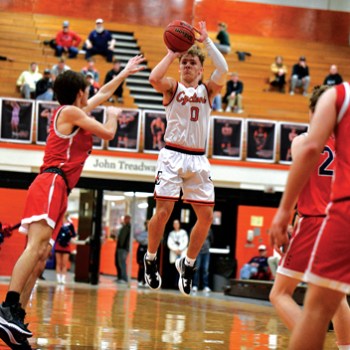 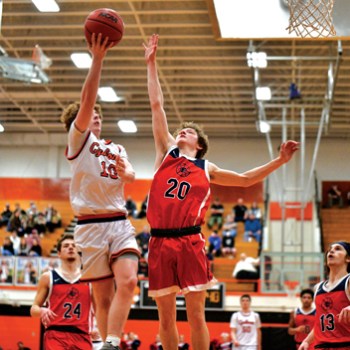 Star Photo/Ivan Sanders Seth Carter glides toward the rim for two points for the Cyclones. 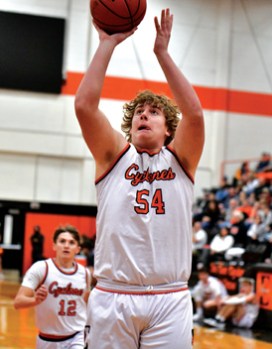 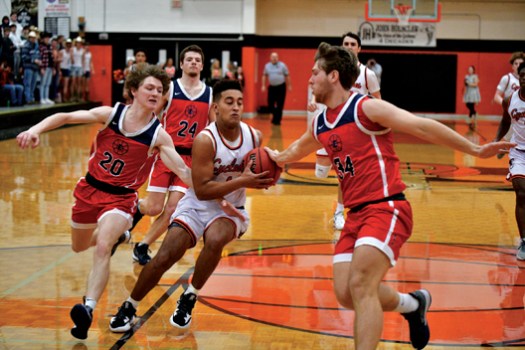 Star Photo/Ivan Sanders Bryson Rollins drives through a pair of defenders as he pushes toward the rim. 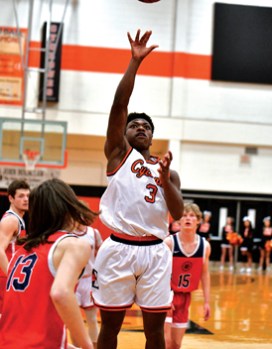 Star Photo/Ivan Sanders Nate Stephens puts the ball back up and in after collecting an offensive rebound. 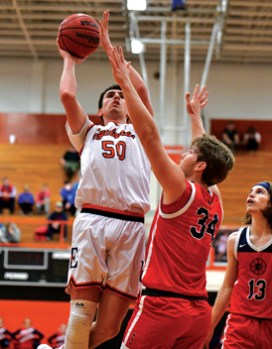 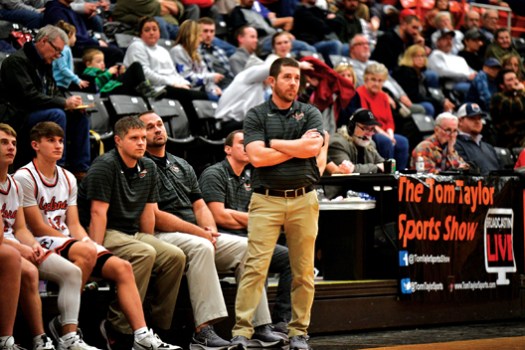 Star Photo/Ivan Sanders Cyclone head coach Lucas Honeycutt shows frustration after his team turned the ball over after having numbers on a fast break.

BY IVAN SANDERS
STAR SPORTS EDITOR
ivan.sanders@elizabethton.com
With only a handful of games on tap for Friday night due to the snow and cold, the Elizabethton Cyclones and Sullivan East Patriots hooked up for an Upper Lakes Conference showdown inside A.L. ‘John’ Treadway Gym with a nice crowd filling the stands for the contest.
In a contest that wasn’t settled until the final horn of the game, Elizabethton got a complete-game effort from every player that hit the floor for Coach Lucas Honeycutt as the Cyclones took down the Patriots, 57-54.
The Cyclones found themselves in the lead after the first period, 12-8, behind four points from post player Nicholas Wilson and two points apiece from Jake Roberts, Seth Carter, Kaleb Hambrick, and Mason Ball.
Ashton Davison led the visitors in the period with four points.
Both teams turned it up offensively in the second stanza as East managed to flip the tables winning the quarter 17-14 to make it a slim one-point lead for the Cyclones at the break, 26-25.
Senior guard Bryson Rollins scored five in the period with three coming on a crucial three-point play that kept his team out front. Roberts dropped in an addition four points in the quarter.
Logan Murray’s six points in the quarter helped tighten the game for the Patriots heading into the half.
Elizabethton kept the intensity up coming out of the locker room as Wilson became uncontrollable in the middle and dominated the glass to score eight points in the third period to help keep the Cyclones in the drivers seat heading to the final quarter of play outscoring the Patriots by a 13-10 margin in the period.
Murray and Dylan Bartley scored five points apiece for East in the quarter.
With the game hanging in the balance, the fourth quarter turned into a shootout as the Cyclones managed to do just enough to hold off the hard-charging Patriots who missed a three at the final buzzer for a potential tie.
East outscored the home team 19-18 in the final eight minutes of play.
Roberts led the Cyclones with 17 points in the victory while Wilson and Carter contributed offensively with 12 and 11 respectively. Rollins added nine points.
The player of the game for the Cyclones didn’t have but two points in the contest but his strong defensive effort kept sharpshooter Bartley to only 10 points in the contest giving the Cyclones the opportunity for victory.
Murray finished with 16 points to lead the Patriots in the loss with teammates Braden Standbridge and Bartley scoring in double figures with 14 and 10 respectively.
“It’s good to see the win,” said Honeycutt after the contest. “We have seen a lot of growth. They got to spend some time in Florida and they came back a little closer knit. They knew where to be in the game.
“We got it done. We went too quick a couple of times but it’s a learning process for us. If you get a win in this conference, you want to celebrate no matter how you get it.”
—
Elizabethton, 57-54
Sullivan East (54)
Braden Standbridge 14, Hunter Brown 3, Logan Murray 16, Ashton Davison 4, Dylan Bartley 10, Masun Tate 7.
Elizabethton (57)
Jake Roberts 17, Nate Stephens 2, Seth Carter 11, Kaleb Hambrick 2, Nicholas Wilson 12, Mason Ball 4, Bryson Rollins 9.
Sullivan East …    8  17  10  19 – 54
Elizabethton …  12  14  13  18 – 57