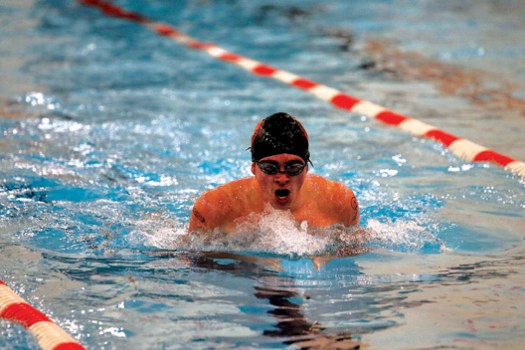 File Photo/Randall Bennett Elizabethton swimmer Kody Broussard started the day off by winning the 200 Freestyle with a personal best State qualifying time, cutting more than five seconds from his season’s best and breaking the two-minute milestone with a time of 1:57.64. 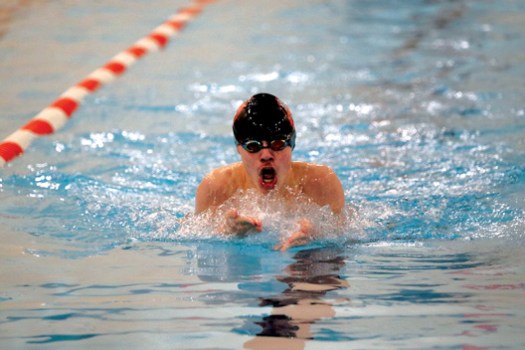 File Photo/Randall Bennett Elizabethton's Morgan Roszel captured a second-place finish in the 200 Individual Medley with his own personal best State qualifying time of 2:14.77, just seven hundredths of a second off the school record in the "Littles" event.

CONTRIBUTED BY KELLI BROUSSARD
The Cyclones swim team traveled to Bristol, VA to compete with 12 other schools in the “Littles” Meet at Virginia High School on Saturday.
Kody Broussard started the day by winning the 200 Freestyle with a personal best State qualifying time, cutting more than five seconds from his season’s best, and breaking the two-minute milestone with a time of 1:57.64.
Morgan Roszel followed that race with a second-place finish in the 200 Individual Medley with his own personal best State qualifying time of 2:14.77, just seven-hundredths of a second off the school record in the event.
“It was a thrilling way to start the day,” said Coach Kelli Broussard. “It was a sign of more good things to come.”
RJ Brewer swam next for the boys in the 50 and 100 Freestyles with personal best times in both, placing sixth and fourth consecutively. The three boys then joined senior Elijah Smith to win the 200 Freestyle relay with a season’s best time just 1.44 seconds off the school record.
Roszel and Kody Broussard squared off in the 100 backstroke to finish second and third consecutively, with Roszel besting his previous State qualifying time by 78 hundredths of a second and Broussard coming to within 18 hundredths of the State cut.
The four boys then joined forces again for the 400 Freestyle relay to pull out the win and improve their time by over a second.  The result of the boys’ efforts was a fourth-place finish out of the 12 teams competing on the day.
On the girls’ side, Sophia James, Grace Artz and Layla El Helou started the teams’ day in the 200 Freestyle.  James cut over three seconds to place fifth while Artz dropped more than six seconds to place sixth.
El Helou clocked her first time ever in the event to finish 14th. Tabitha Tshuma and Eva El Helou then swam for personal best times in the 50 Freestyle, cutting 5.55 and 1.37 seconds respectively.
Sophomore Cadie Digby swam next for third place in her signature 100 Butterfly in a season’s best 1:10.71.  She returned to the water in the next event, the 100 Freestyle, along with teammates Layla El Helou and Tshuma.
All three girls swam personal best times of 1:00.39, 1:29.66, and 1:49.56 consecutively.  Digby’s time was just 23 hundredths of a second off the state qualifying time. El Helou cut more than 13 seconds in the event while Tshuma dropped an astounding 17 seconds.
The girls’ 200 Free relay of Digby, James, Artz, and Eva El Helou placed second by dropping over six seconds from their season’s best time. Sophia James then returned to the water in the 100 Breaststroke to turn in her best time in the event with a 1:39.56.
Rounding out the day, the 400 Freestyle relay joined the four girls together again for a third-place finish and a whopping 24-second improvement on their previous time.  Altogether, the girls placed fifth out of the 12 teams competing on the day.
Cyclones swimmers compete Thursday at home against Volunteer and Cherokee High Schools. The meet starts at 6:00 p.m.