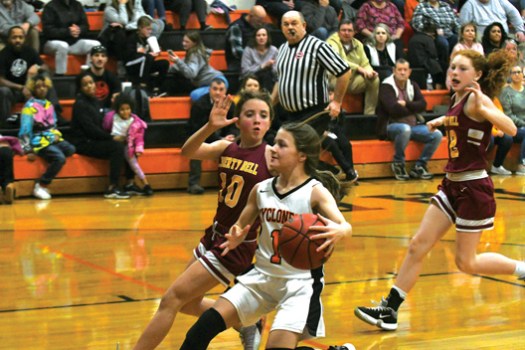 Star Photo / Brandon Hyde After a rebound and fast break, Sydney Minton looks for an easy score against Liberty Bell. 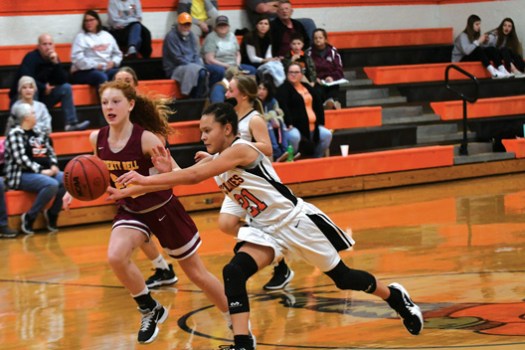 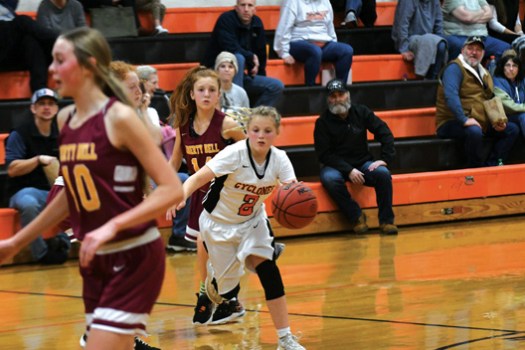 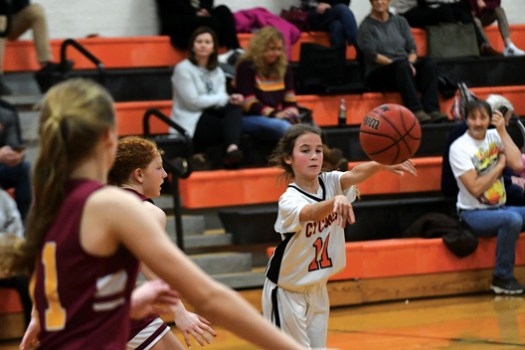 Star Photo / Brandon Hyde TA Dugger's Daisy Parks sees a teammate open in the corner for a jumper and zips it over on a nice pass. 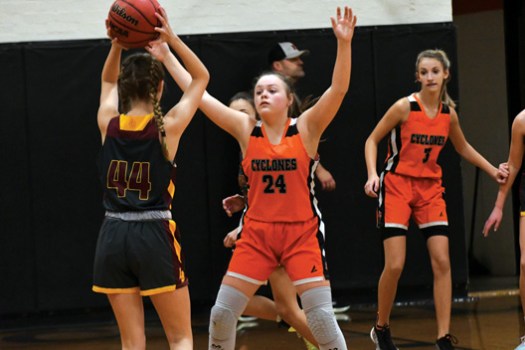 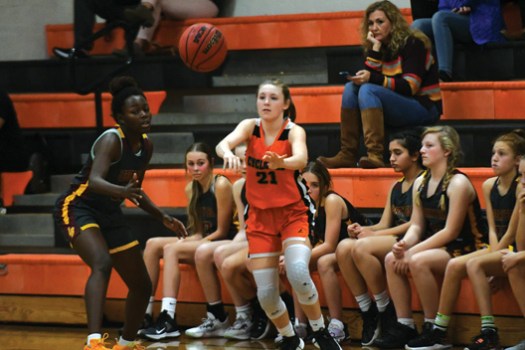 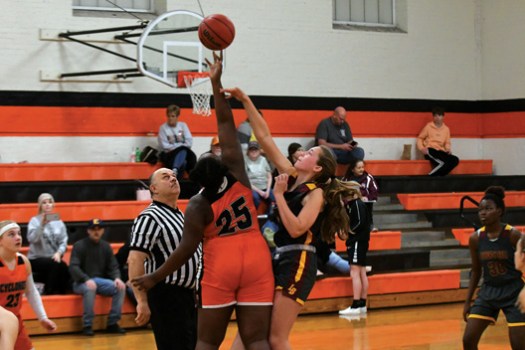 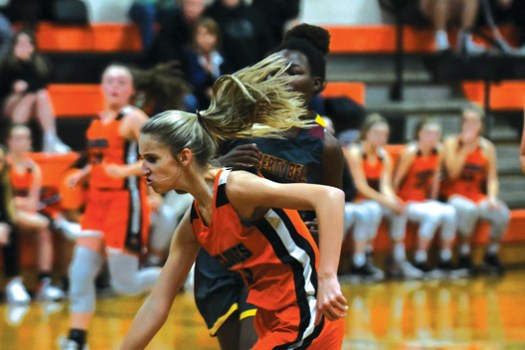 Star Photo / Brandon Hyde Lady Cyclone Michelle Shields puts on her game face as she blows by a Liberty Bell defender on her way to the basket.

BY AUSTIN ALEXANDER
STAR CORRESPONDENT
With very cold temperatures in the air on Monday, the best place to be was inside the gymnasium at TA Dugger. The Jr. Lady Cyclones welcomed in Liberty Bell for a slate of back-to-back games featuring both the varsity and junior varsity squads. Both games featured hot streaks from each team, but at the end of the night, TA Dugger had come up just short in both affairs.
The JV game kicked off the night and Liberty Bell was rolling early. An 8-0 start to the game put the Cyclones in a hole early. Not to be denied, however, three back-to-back buckets from Peyton Melton, Caylie Tester, and Daisy Parks closed the quarter out at 8-6.
The Cyclones kept this momentum in the second quarter with Parks adding six of her team-high 13 points in the quarter. Besides a made three-pointer from Liberty Bell early in the quarter, the TA Dugger defense pitched a shutout sending the game into halftime at 15-11.
The third quarter belonged to Liberty Bell who outscored the Jr. Lady Cyclones 11-4 in the quarter. An Aerryan Fleenor basket kept the game close though as heading into the last frame of action TA Dugger trailed 22-19.
Liberty Bell would continue their run in the fourth and the Cyclones looked dead in the water. Then, a Parks three-pointer breathed new life into the girls.
A Laci Gobble three-point play cut the deficit to 32-27, but that’s unfortunately where it would stay as it was a little too little, too late.
In the varsity game, the start was drastically different with the Cyclones jumping out to a 10-1 lead early behind buckets from Adrian Heading, Michelle Shields and five points from Sadie Williams.
Liberty Bell charged back and make it 10-5 as the first quarter ended.
TA Dugger struggled in the second quarter as only Shields would score with four of her team-high 11 on the night. The Liberty Bell offense got going a lot more in the quarter with 12 points giving them a halftime advantage of 17-14.
The second half was much of the same as the TA Dugger offense couldn’t get going as a Shields three-pointer were the lone points of the third. Liberty Bell would continue to lead but not with a massive advantage as they entered the fourth up 25-17.
The Cyclone defense continued to play well and Williams and Shields would each add another bucket, but the offensive woes were the downfall for the girls as they would lose by a final of 28-21.