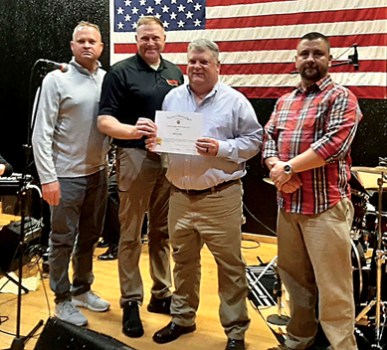 Photo Contributed At the VFW Post 2166 New Year's Eve Bash, Jeffrey Bell (second from right), of Carter County EMS, was awarded with the post's EMT of the Year award. 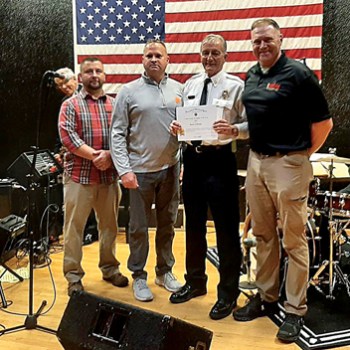 Photo Contributed Benny Colbaugh (second from right), Chief of the Watauga Volunteer Fire Department, was awarded with the VFW's Firefighter of the Year award. 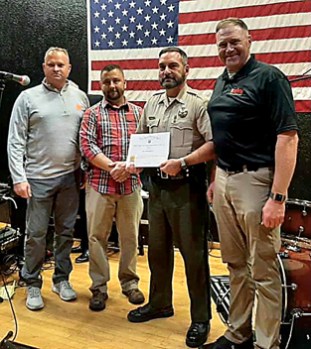 Photo Contributed Dan Kneaskern (second from right), of the Carter County Sheriff’s Department, was awarded the VFW's Law Enforcement Officer of the Year award on Dec. 31, 2021.

“Obviously, our first priority here at the post is to take care of veterans in our community,” said VFW Post 2166 Commander Andy Wetzel. “Our second priority is to make sure that we are involved in the community in any way we can be. If we are not involved in this community, then people do not know what this place is all about. We want to make sure that everyone understands why we are here, to serve our veterans and the community at large.”

The post recognized Jeffrey Bell as Emergency Medical Technician of the Year; Benny Colbaugh, chief of the Watauga Volunteer Department, as Firefighter of the Year; and Dan Kneaskern of the Carter County Sheriff’s Office, as Law Enforcement Officer of the Year.

Wetzel said the honors are given to individuals who “have gone above and beyond to take care of this county and city for the year. Sometimes, the recipients have an accolade that is pretty dramatic and impactful at a certain time, and sometimes they have done great things over the whole year.”