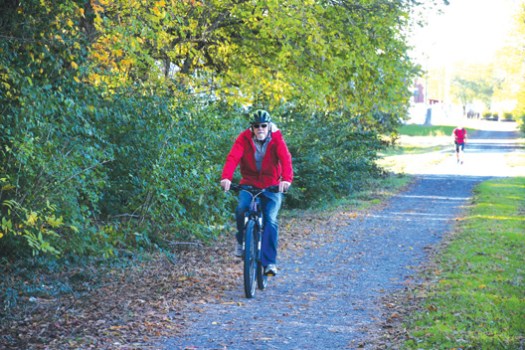 File Photo Bike enthusiast continue to enjoy the Tweetsie Trail. The Carter County Park and Rec board is planning some work during the upcoming months on the trail in the county in regard to expansion. 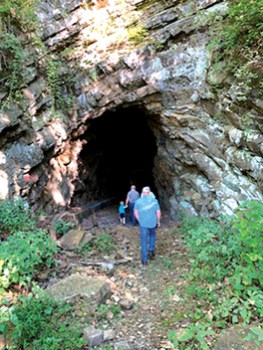 File Photo A group enters the old Tweetsie Railroad Tunnel that runs along the trail.Carter County Park and Recreation board has some pllans for work along the trail and it's expansion into Hampton during the upcoming months but need funding due to an unexpected shortfall to complete the projects they had identified.

BY IVAN SANDERS
STAR STAFF
ivan.sanders@elizabethton.com
The Carter County Budget Committee had to allocate more than $78,000 for Carter County Parks and Recreation this week in order to address a documentation oversight.
The issue stemmed from unused 2021 funds, which Parks and Rec Director Ken Gough said the department assumed would roll over to be available fiscal year 2022.
“We operated under the assumption that the money we didn’t use would roll over,” Gough said. “We have been under three finance directors that also assumed the same thing. The problem is there has been no documentation found anywhere which states that the money was to roll over and was brought to our attention by Finance Director (Carolyn) Watson.”
Gough said the anticipated roll-over funds are needed to cover the work planned at the Gap Creek Park and on the expansion for the Tweetsie Trail. He added the department will seek full funding for the projects in the upcoming year’s budget.
When the Gap Creek project is complete it will include a small and large dog park, a walking trail, a special needs playground area, and a full-sized competitive adult softball field.
Committee member Ross Garland made the motion to give the $78,000 additional funds to the group which was seconded by Aaron Frazier. The vote was unanimously in favor.
The department also has $81,670 in its budget from the county.
Financial Management Committee Chairman Brad Johnson reminded Gough that anything Parks and Rec are going to do has to be brought before the committee for approval before having the work completed and then bringing an invoice. Johnson said that this was the third time he had to remind the group of the process.
“I know we have ambitious plans, but they are plans that we can live with long term,” said Gough.