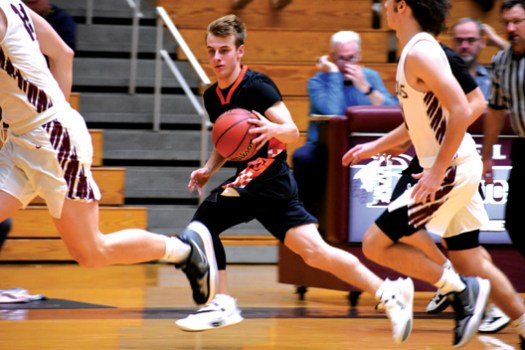 Star Photo/Carter Nagy Kaleb Hambrick works the ball along the sideline in Tuesday's game with Dobyns-Bennett. 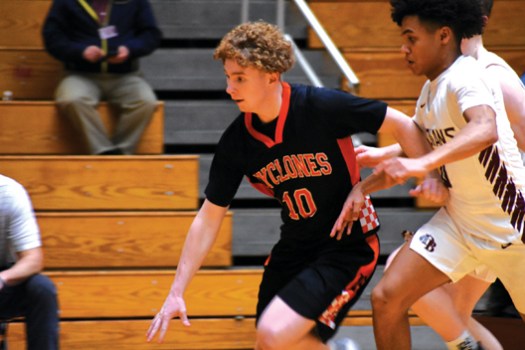 Star Photo/Carter Nagy Seth Carter is hounded as he tries to work the basketball up the floor by an Indian defender. 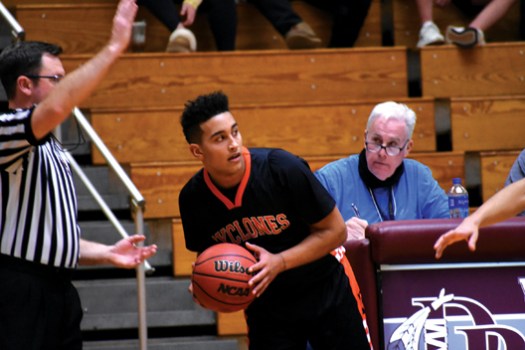 Star Photo/Carter Nagy Bryson Rollins looks for an open teammate to inbound the basketball to. 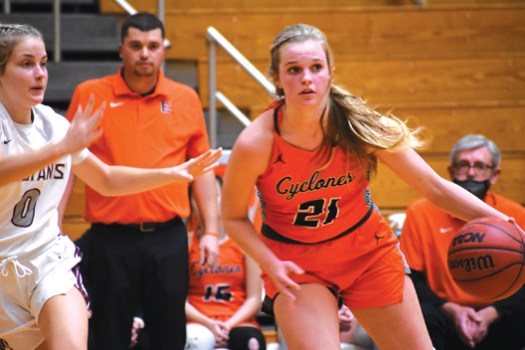 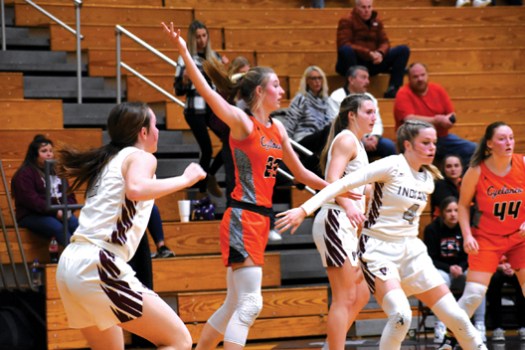 Star Photo/Carter Nagy Elizabethton post player Marlee Mathena wants someone to pass her the basketball inside. 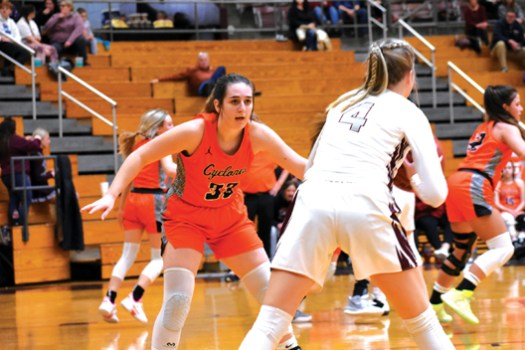 BY CARTER NAGY
STAR CORRESPONDENT
The Elizabethton Cyclones traveled to Kingsport Tuesday evening to take on the Dobyns-Bennett Indians.
Girls Varsity
Dobyns-Bennett… 40
Elizabethton………39
Both teams started the first quarter off slow. The Lady Cyclones managed to put up nine points while keeping the Lady Indians to only 4.
In the second, the Lady Cyclones kept up the pace with a series of steals and a barrage of three-pointers. Going into the half, the score was 23-19 Cyclones.
In the third, the Lady Indians responded. Their defense held the Cyclones back. The score at the end of the third was 32-31 Cyclones.
In the fourth, this game turned into a back and forth battle. The Lady Cyclones turned their focus into the paint where they scored the majority of their points in the final quarter.
With 28 seconds left in the fourth, the Lady Indians hit a game-changing three making the score 40-39 D-B. With 0.02 seconds left the Lady Cyclones posted the ball off a jump ball, they went up for a layup and it barely bounced out to allow the Lady Indians to escape with a 40-39 win.
Boys Varsity
Dobyns-Bennett … 88
Elizabethton …….. 59
The first quarter was once again a back and forth battle between both teams, and just like the girl’s game, there were three-pointers one after another. The Indians had a close 24-18 lead over the Cyclones at the end of the first.
In the second the Cyclones struggled on connecting their shots. The Indians wing and corner threes were crucial in this quarter as their three-pointers helped the Indians gain a 48-27 lead over the Cyclones.
In the third, the Cyclones couldn’t keep up with the Indians as it was a slow, long quarter for the Cyclones. The Indians managed to gain a huge 69-41 lead at the end of the third.
In the fourth, the Cyclones did not respond until it was too late and the Indians had a huge lead and there was no coming back. The Indians won 88-59.