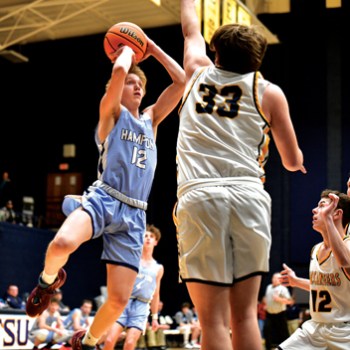 Star Photo/Ivan Sanders Dalton Holtsclaw puts up an off-balanced shot for a deuce for Hampton. 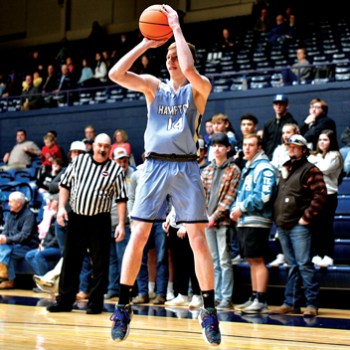 Star Photo/Ivan Sanders Logan Whitehead pulls up for a short-range jumper for two points in the first half for Hampton. 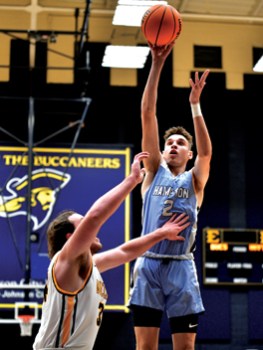 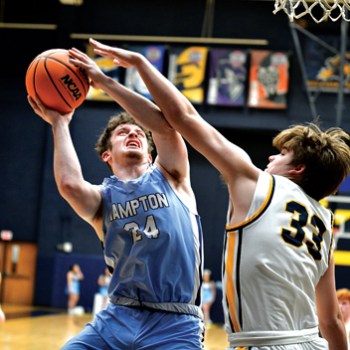 Star Photo/Ivan Sanders Hampton's Morgan Lyons goes in for a basket. Lyons only needed five points to reach 1,000 for his career and scored 11 to join the 1,000-point club. 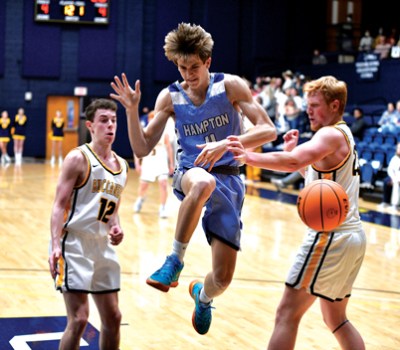 Star Photo/Ivan Sanders Bulldog guard Cadon Buckles has his drive to the basket stopped when two U-H defenders knock the ball out of his hands. 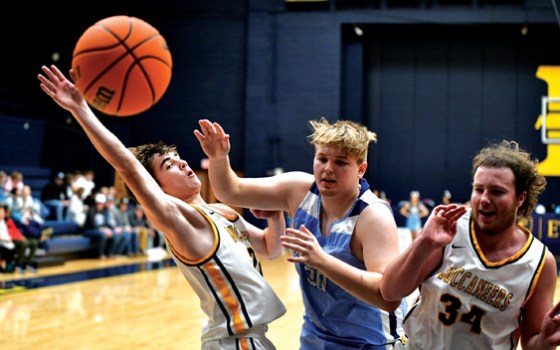 Star Photo/Ivan Sanders Conor Burleson of Hampton has the basketball knocked out of his hands and out of bounds. 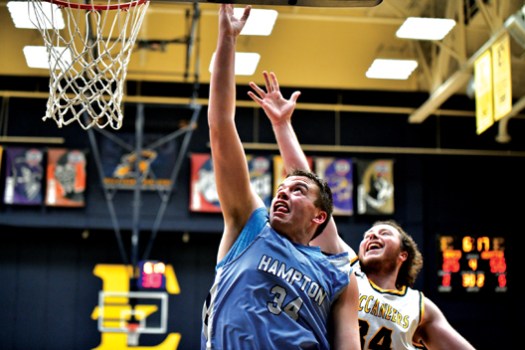 Star Photo/Ivan Sanders Hayden Campbell takes the basketball strong to the rim for the 'Dogs. 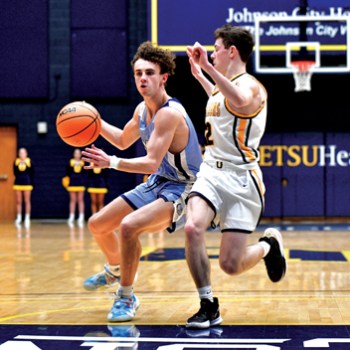 Star Photo/Ivan Sanders Isaiah McCoury drives the middle of the paint for Hampton.

BY IVAN SANDERS
STAR SPORTS EDITOR
ivan.sanders@elizabethton.comLyons reaches 1,000 as Bulldogs double up Jr. Bucs
JOHNSON CITY – The Class A ninth-ranked Hampton Bulldogs were looking to keep up their winning ways while helping teammate Morgan Lyons reach a career milestone on Tuesday night at Brooks Gym when the Bulldogs tangled with the home-standing University High Jr. Bucs.

Lyons needed five and finished with 11 to join the 1,000-point club as the Bulldogs did something they hadn’t done in a while inside Brooks Gym and that was beat the Jr. Bucs by 30 points or more, 64-32.

Much like the girls’ game, the boys came out howling to run off to a 36-12 advantage at the break and didn’t look back in taking the win.

Lyons scored nine of his 11 points in the half to help his team gain the upper hand. He had plenty of help as Dalton Holtsclaw connected for seven while Michael Harrison and Hayden Campbell netted six points each.

U-H was led by Brayden Ryder and John Carter with four points each.

The second half was just clean-up duty for Hampton as the clock ran quickly out on any chances whatsoever that the Jr. Bucs had for a comeback.

Campbell led the ‘Dogs with a game and team-high 12 points. Lyons finished with 11 and Cadon Buckles hit double figures with 10.

A total of 10 Bulldogs found the scoring ledger.

Ryder finished with six points to lead the home team. Jackson Roland pitched in with five points with four points being scored by three U-H players.

Hampton hit 29-of-58 shots for a 50% clip in the contest. The ‘Dogs collected a total of 34 rebounds with 26 coming on the defensive end. Lyons and Buckles cleaned the glass for five apiece. Four rebounds were recorded by Campbell, Holtsclaw, and Conor Burleson.

The ‘Dogs had 16 steals led by Lyons and Logan Whitehead with three each.