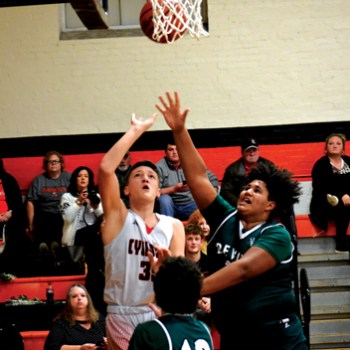 Star Photo/Carter Nagy Jackson Buckles goes up for a deuce against the Greene Devil defense. 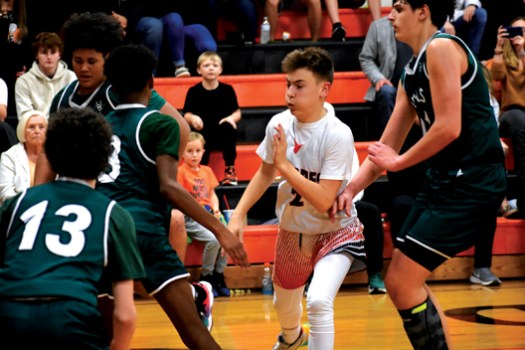 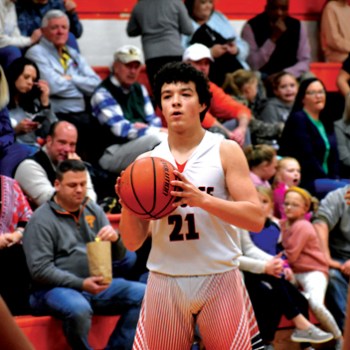 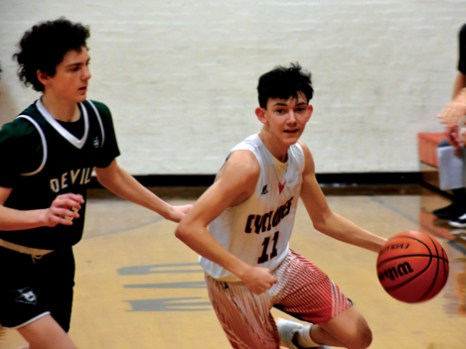 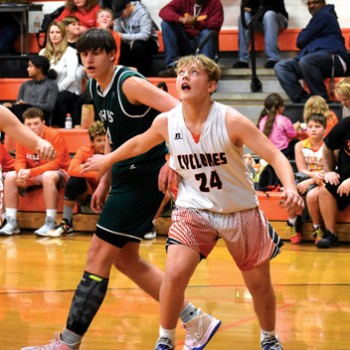 Star Photo/Carter Nagy Justius Wallin of TAD boxes out his opponent for a rebound. 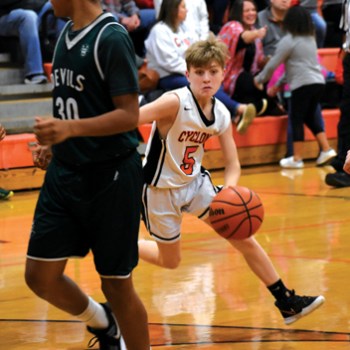 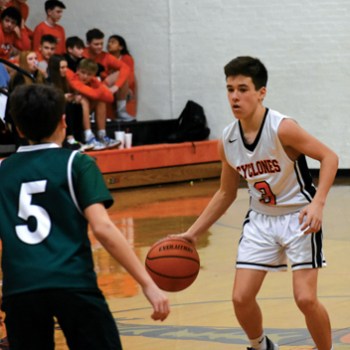 Star Photo/Carter Nagy Braylon Britt works the basketball into the front court for TAD during the junior varsity contest. 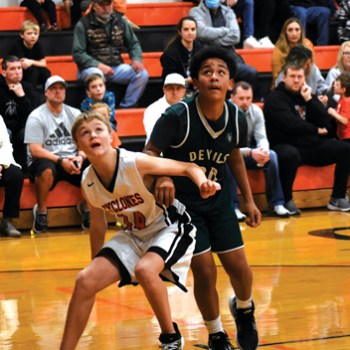 Star Photo/Carter Nagy A Jr. Cyclone player boxes out so he can grab a rebound.

BY CARTER NAGY
STAR CORRESPONDENT
The T.A. Dugger Jr. Cyclones boys teams faced the Greeneville Jr. Greene Devils for their last home game of the season Thursday evening.
Junior Varsity
Greeneville….48
T.A. Dugger ….22
In junior varsity play, the Greene Devils took a huge 20-4 lead, between a series of steals off inbound balls and a half-court buzzer-beater to end the quarter, this was a quick one for the Devils.
The second was a slow quarter for both teams, the Jr. Greene Devils slowed down the pace and put up nine points while the Cyclones scored six.
During the third period, the Cyclones started to bounce back as they put up 10 while keeping the Jr. Devils to only five points.
Going into the fourth, the Jr. Devils started the quarter off with a three seconds into the fourth putting their lead to 20. Despite this, the Jr. Cyclones didn’t give up before the Jr. Devils managed to walk away with a 48-22 win.
Varsity
Greeneville….39
T.A. Dugger…..34
The first quarter was a back and forth defensive battle between the two teams as the Cyclones held on tight. Greeneville only had a 9-7 lead at the end of the first. Colby Blevins had five of the Cyclones points in the first.
In the second quarter, the Cyclones struggled with fouls, allowing the Devils to get a slightly larger lead. Jackson Buckles was the go-to player for points in the paint as he scored four in the second.
The score at the half was 19-13 Greene Devils.
The third quarter turned into a three-point shootout with both teams hitting one after another. In the third period, Rhett Slagle’s three-point shooting helped the Cyclones stay in the game in the quarter.
Justius Wallin’s mid-range shots also helped the Cyclones keep up with the Devils as he scored four in the stanza. The third quarter ended on yet another buzzer-beater making the score a close 28-24 Greene Devils.
In the fourth, Greeneville shifted their focus to fast-break points and three’s while TA Dugger played safe, trying to prevent fouls and mistakes.
The Jr. Cyclones main focus was ball movement and scoring in the paint. After a foul, Justin Whitehead (TAD) hit three crucial free throws on top of his three-pointer he made earlier in the quarter to cut the Devil’s lead to only three points.
The Cyclones turned to a zone defense, trying to prevent threes. With 30 seconds left in the game, Greeneville tried to run out the clock, forcing the Cyclones to foul.
The Cyclones came within inches off from hitting a three to tie the game but the ball bounced out. The Greene Devils finished off the game in a close 39-34 decision.