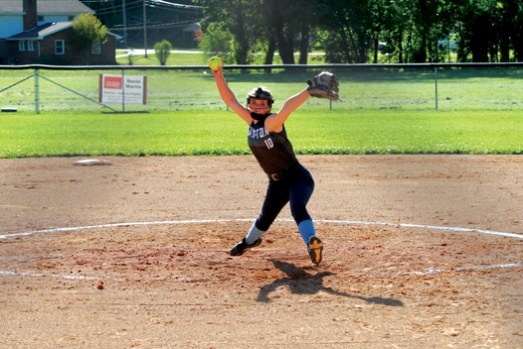 Star Photo/C.Y. Peters Cheyenne Fair delivers a pitch to the plate against Unaka. 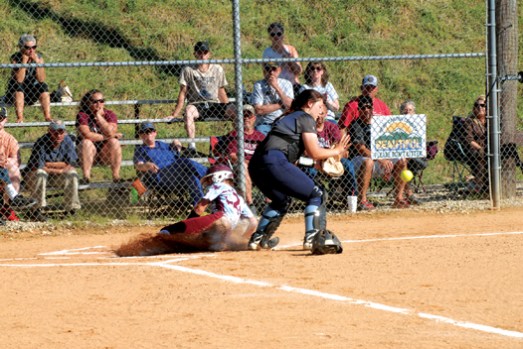 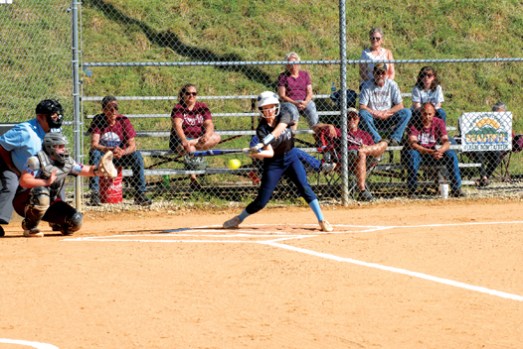 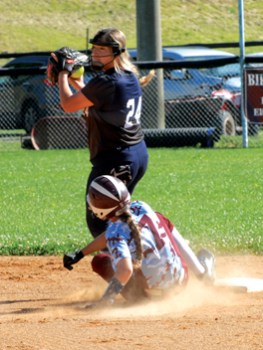 Star Photo/C.Y. Peters A Lady Ranger slides into the second base bag. 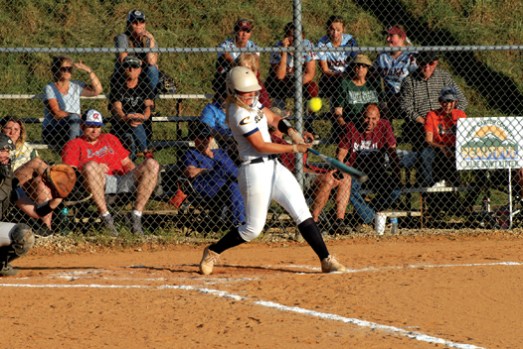 Star Photo/C.Y. Peters A Cloudland batter takes a cut at a pitch during action Monday from the District 1-A softball tournament. 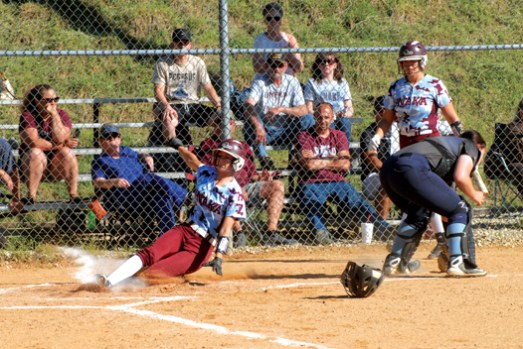 It took longer to play the National Anthem than it did for Sadie Shoun
to end the first inning, striking out two and tossing only 12 pitches.

Cheyenne Fair would look as good in the first facing only four Unaka
batters and allowing no hits.

Unaka went to work in the second belting out eight hits, four errors,
and a walk to put up eleven runs on the board. Kylie Blevins collected
two singles in the inning and scored two runs.

Haylee Gilman scored two runs reaching base on an error and then
hitting a double to collect RBIs. Seven of the Lady Rangers batted twice
in the inning.

Shoun pitched only two innings giving up no hits and only facing six batters.

The Rangers would add three more in the third with Gilman crossing home
for a third time in the game. Lyndie Ramsey, Alana Parsons, Taylor
Grindstaff, and Shoun would all score three times before the Rangers’
scoring spree stopped at 21.

Grindstaff and Ramsey led the Lady Rangers with three hits each. For
Hampton in the third Anna Hatley and Abby Willis reached base but could
not be brought in.

In the fifth Rachel Fair would reach base on a single to break up the Rangers’
no-hitter.

Coach Kenneth Chambers said “It was a good team effort, we started a little
slow and Hampton played good. They improved a lot this year and we knew
we had to step up to beat them.”

In the second game of the night, nothing went right for Coach Matt Birchfield.
North Greene’s Anna Weens had an arm like Johnny Bench.

Every time a Lady ‘Lander player made it to first and tried to steal second base,
Weens would throw them out in the Lady Huskies 8-1 win over Cloudland.

The game started even and stayed that way except for the third when the Huskies
scored eight runs. Heidi Harmon the ninth batter scored twice as the Huskies laid
down bunt after bunt and the Lady ‘Landers just could not handle them making
three errors in the inning.

Cloudland outhit North Greene with seven hits to the Lady Huskies’ four. They
came from their number five, six, seven, and nine batters in the line-up.

The eight-run inning was too much to overcome. Karah Fields, Saharra McKinney,
Ella Benfield, Izabella Christman, and Bethany Sluder had one hit each, and Ryan
Turbyfill had two hits. 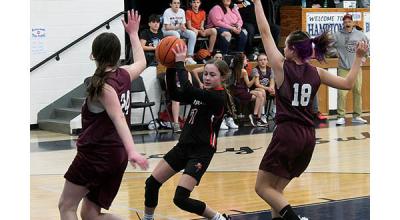 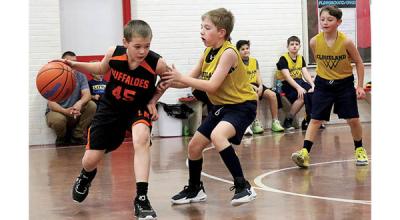 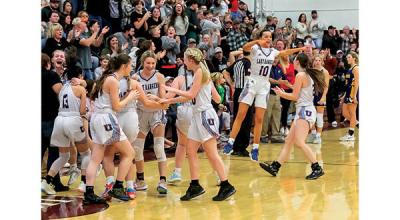