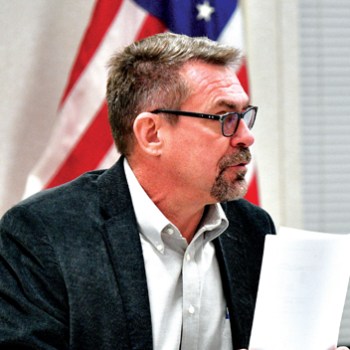 The Carter County School Board approved the school budget for fiscal year 2022-2023 on Tuesday evening after voting to approve a 3% raise for teachers and a 4% raise for para-professional personnel.

The raises come with a $1,134,000 price tag, and board members voted 5-2 to approve it. Opposing the raise were Danny Ward and Keith Bowers who voted no. The total amount of the new budget was over $45 million.

“We need to approve a budget so they (county commission) can have something to look at,” said Board Chairman Tony Garland.

The State of Tennessee is providing a lump sum of $485,000 for raises. Dr. Tracy McAbee told the board that sometimes what the state say they are giving is misleading.

“It is just a lump sum,” said McAbee. “It is never what they say it’s going to be. It’s up to the schools to find a fair way to dispense that money.”

Two other items including a $471,000 deficit in Food Service were worked through to help get the budget approved. The $471,000 will be taken out of the cafeteria fund balance which McAbee referred to as “10 different restaurants working in the school system.”

Another issue that came to light was the discussion of the commission taking $260,000 out of the school budget due to Maintenance of Effort.

That line item is where the commission funds the board directly in relation to the number of students. Garland stated after the meeting that he had never seen the commission cut funding before due to student population.

“We have been dropping in student population since the 1990s and they have never cut that funding,” said Garland. “$260,000 is a lot of money that could have an impact somewhere.”

The population has dropped from nearly 6,000 students down to nearly 4,400.

Garland was also asked about the commission asking for the school board to verbally confirm that Keenburg and Unaka Elementary would be closed if the Hunter Project proceeds.

“Kelly (Crain) spoke to someone at the state level and they said it would be a moot point to say anything like that,” Garland said. “You cannot do that to another incoming board. It’s non-binding and they cannot hold you to it. An active board cannot put a bind on a new incoming board.”

The Budget Committee will be voting on the school budget at its next meeting at 6 p.m. on Wednesday, June 8.