Students to meet woman they assisted in gaining freedom from prison 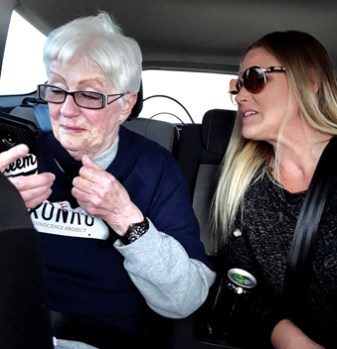 Photo Courtesy of California Innocense Project Suzanne Johnson, left, will be paying a visit to some former students of Elizabethton High School that were vital in helping her gain her release after 21 years of incarceration.

Suzanne Johnson walked out of the Central California Women’s Facility on April 3, 2020, after spending 21 years in prison for a crime that she maintained that she had not committed

Her freedom might not have meant that much to residents of Carter County, but if not for the work of former students of Elizabethton High School, Johnson could very well still be incarcerated.

In the fall of 2018, students in the EHS Sociology class decided on a project to find a person who was incarcerated unjustly and try to help that individual. After researching over 100 possibilities, the students settled on Johnson.

The students began coordinating with the California Innocence Project which was handling Ms. Johnson’s case.

The students made it their mission to research the case and present evidence of why the conviction was incorrect, the new science that had come to light in the case, Johnson’s personal history, and her stellar record since incarceration.

After the students presented the information in a document sent to the legal counsel considering pardons and commutations for the governor, the student then followed up with a social media, letter, and email campaigns.

Although she did not receive a pardon at that time, the state of California reconsidered its prison population in response to the COVID pandemic the following year..

When the state reevaluated her case and saw the amount of support materials including those amassed by the students for her as well as her stellar behavior in prison, they decided it was time to rectify this wrong.

“This is why we should give students real problems to work on,” said teacher Alex Campbell who was the class advisor. “I think that everyone would agree that we have plenty of real problems, so why are we wasting time on creating fake problems on a worksheet. These students saw a chance to do real work that could have a real impact on someone’s life, and they embraced it.”