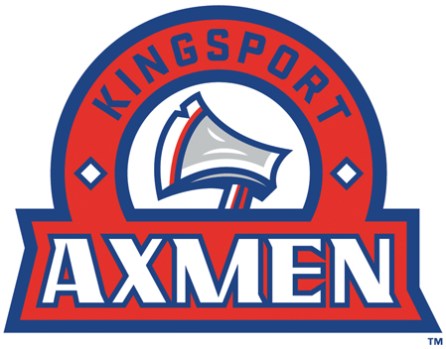 KINGSPORT, Tenn. – In a game that saw 15 combined runs scored in the final three innings, a walk-off bunt single by Aaron Casillas (Cal State Bakersfield) gave the Kingsport Axmen (1-0) a 10-9 victory over the Greeneville Flyboys (0-1) on opening night.

After waiting out an hour-long rain delay, both team’s bats were relatively quiet through the first four innings of play. Logan Sutton (ETSU) earned the first hit of the season in the bottom of the second for the Axmen with a leadoff double, but a pair of strikeouts by Riley Taylor (Oklahoma State) stranded him at third.

Aidan Cannaday (Queens (NC))recorded the first hit of the season for the Flyboys in the top of the fifth inning, but a Canyon Brown (North Carolina A&T) flyout stranded Cannaday at third.

The Axmen took their first lead of the ballgame in the bottom of the fifth inning. After reaching on a leadoff single, Mayes White (Florida State) stole second base and reached all the way to third on a throwing error by Canyon Brown. A Nate Anderson (Gardner-Webb) RBI-single brought White around to score, giving Kingsport the early 1-0 advantage.

Kingsport swelled their lead with three runs in the bottom of the sixth after White brought home Henry Hunter (UAB) and Shea McGahan (Missouri) on a two-RBI single to center. White would come around to score after a bloop single by Casillas scored him all the way from second base, giving the Axmen a 4-0 advantage two-thirds of the way through the contest.

Greeneville answered with authority in the top of the seventh, as Beau Ankeney (Grand Canyon) blasted the first pitch he saw in the inning over the left field fence to score the first Flyboy run of the season. Cannaday would come around to score and cut the Axmen advantage in half, scoring off a Canyon Brown single to lower the deficit to two runs.

The Flyboys exploded for six runs in the top of the eighth, beginning with a solo shot by Shemar Dalton (North Carolina A&T) over the right field fence to cut the lead to one. After reaching base safely on a hit by pitch, Will Taylor (Clemson) scored the tying run off of an Aidan Cannaday single.

The Flyboys took their first lead of the contest after Brock Daniels’ (Oklahoma) RBI single brought Cannaday home. Three straight errors by the Axmen allowed the Flyboys to score three more runs, with Will Brown (Florida A&M), Daniels and Canyon Brown reaching home to give Greeneville an 8-4 advantage.

The Flyboys lead quickly dissipated to just one run after Kevin Fernandez (Pigeon Forge HS) scored on an error and a two-RBI single by Anderson.

Hunter tied the game at eight runs apiece drawing a walk to score Casillas. Fernandez drew the fifth walk of the inning to score Anderson and give Kingsport a 9-8 lead heading into the final frame.

Cannaday came up clutch once again for the Flyboys in the top of the ninth, as his RBI single scored Cian Sahler (Fordham) to tie the game up and push the contest to the bottom of the ninth inning.

After Jake Perry (Minnestoa) reached on a leadoff single, he would come around to score from second after an errant throw by Will Brown allowed Casillas to reach on a bunt, giving Kingsport the 10-9 win.

Liam O’Brien (Pima CC) (1-0) earns the win for Kingsport going 1.1 innings, allowing three runs, just one earned, and walking one batter. Caleb Jones (0-1) was handed the loss, failing to get out of the bottom of the ninth inning, allowing two hits, one run and walking a batter

Riley Taylor started the game for the Flyboys, going four innings giving up three hits, no runs, and striking out five. Brian Yetter (Marist) went one inning allowing two hits, one run and striking out one.

Carson Jacobs (Gateway CC) went an inning in relief, giving up two hits, three runs, walking a pair of batters and striking out one. Ryan Sweeney (Ventura College) also pitched an inning for the Flyboys, holding the Axmen scoreless.

Ryan Murphy (James Madison) started the game for Kingsport, going 6.0 innings allowing three hits, two runs, one of them being earned, striking out three and walking a pair.

Evan Demurias (North Carolina A&T) blew a save opportunity, going 1.2 innings giving up three hits, four runs, with three of those being earned, while walking a batter and striking out two.