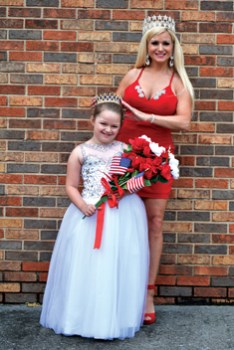 Star Photo/Ivan Sanders Amy Simmons places a crown upon the head of Angelica Keeling. Simmons will be crowning a total of six princessess during the Miss Firecracker Pageant during the Independence Day Celebration at Covered Bridge Park on Saturday, July 2. 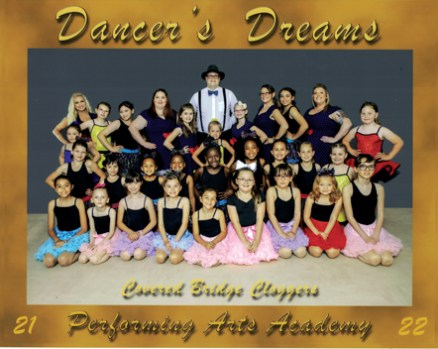 The Elizabethton Independence Day celebration is right around the corner and one of the fun events that will be in this year’s lineup is the Miss Firecracker Pageant.

Returning for its fifth year under the direction of reigning All-Stars Classic Ms. Universe Amy Simmons, the pageant will be held at 4:45 p.m. July 2 at the Covered Bridge Stage.

“There will be six princesses crowned in age divisions Birth-2, 3-5, 6-10, 11-15, 16-20, and 21-80,” Simmons said. “We are really encouraging all moms and grandmothers to enter this year as well as their children. The entry fee is only $15 and contestants can wear their patriotic best in casual, formal, or costume.”

“It’s not just about the beauty but it’s about the contestant’s personality, the display of their love for America, and if they are really having fun on stage,” she said.

For those wishing to enter the pageant, Simmons can be reached at 540-392-9138 and asks that contestants call or text her with their name, age, and email to receive an entry form.

Entry forms will also be available on site the day of the event as well. Contestants must check in at the table located near the stage between 3:30 – 4:30 p.m.

Following the pageant at 6:15 p.m., Simmons’ dance team, The Covered Bridge Cloggers, will be performing followed by a veteran’s salute by the Angel Steps Praise Dancers for current military and veterans at 6:30 p.m.

Other events during the evening include a city patriotic ceremony at 7:10 p.m. and “SPANK the 80s” band following the ceremony.

The night will be capped off by an Independence Day Fireworks display at 9:30 p.m.