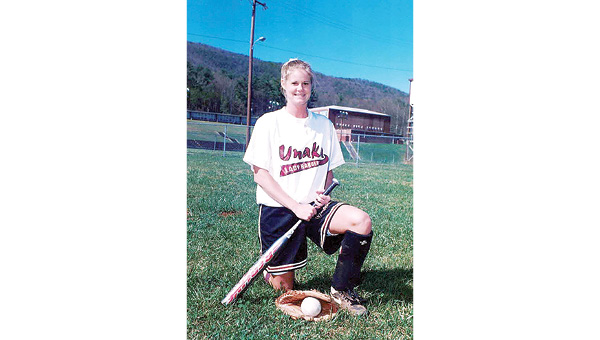 Come this Saturday, the Carter County Sports Hall of Fame will roll out its welcome mat for a new batch of members.

The annual induction banquet is set to begin at 6 p.m. inside the Tennessee College of Applied Technology in Elizabethton.

Today, the spotlight falls on the rest of this year’s group: 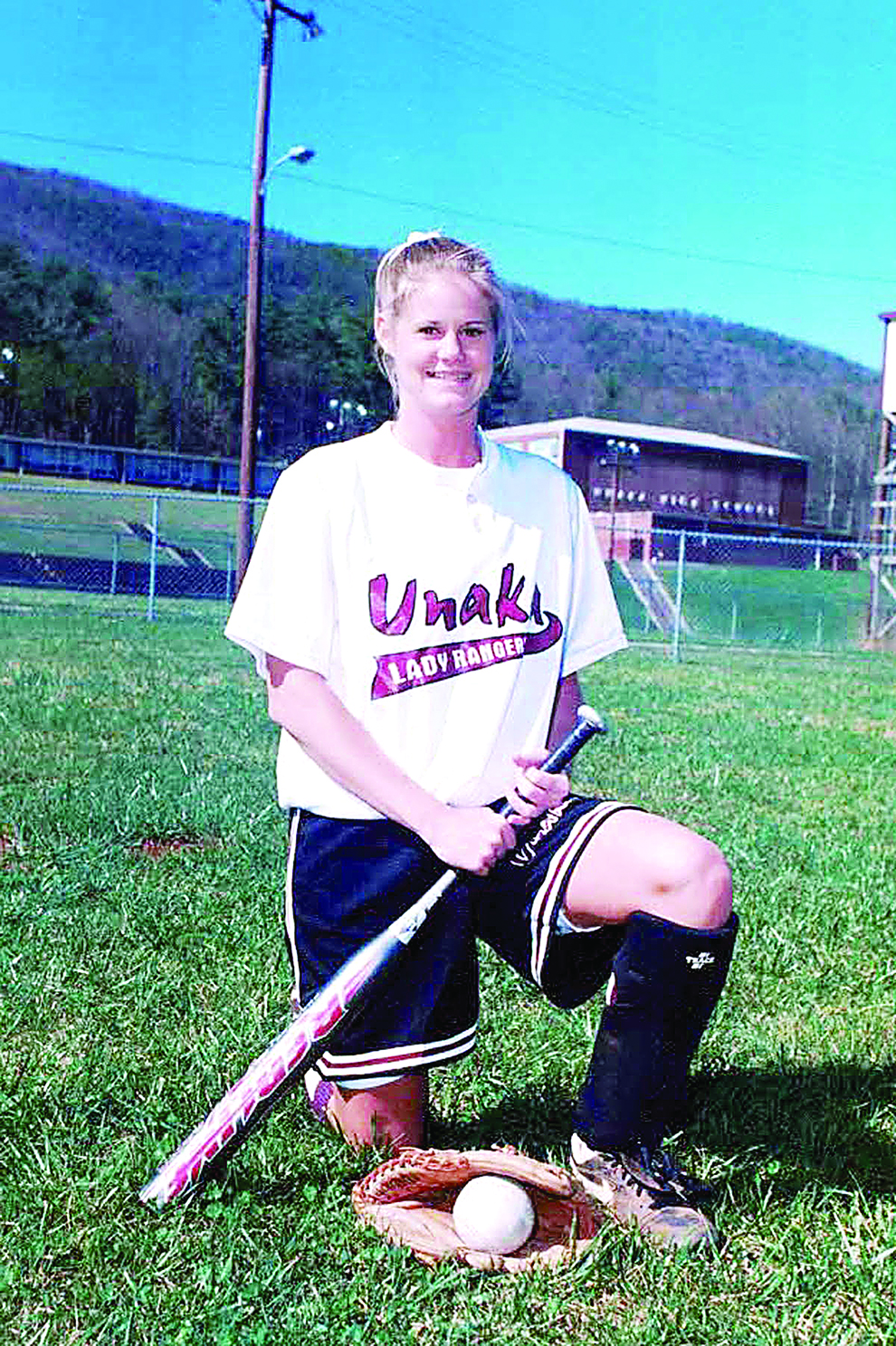 A four-year Unaka starter in both sports, Campbell developed into an all-conference softball and baseball player. On the diamond, Campbell hit .299 as a freshman and eclipsed the .300 mark in each of her upperclass years. Rarely thrown out, she was a base-stealing machine who tallied more than 100 career runs. Her on-base percentage was .500 or better every year she played for the Lady Rangers, and the outfielder boasted a .999 fielding percentage as a senior outfielder.

The sport of basketball yielded a particularly good senior year for Hall. She was named All-Watauga Valley Conference, All-Carter/Johnson County and District 1-A all-tournament.

Hall played college softball, overcoming an ACL injury en route to a three-year starting role in the Lees-McRae Lady Bobcats’ outfield. She was a four-time Academic All-American at LMC. 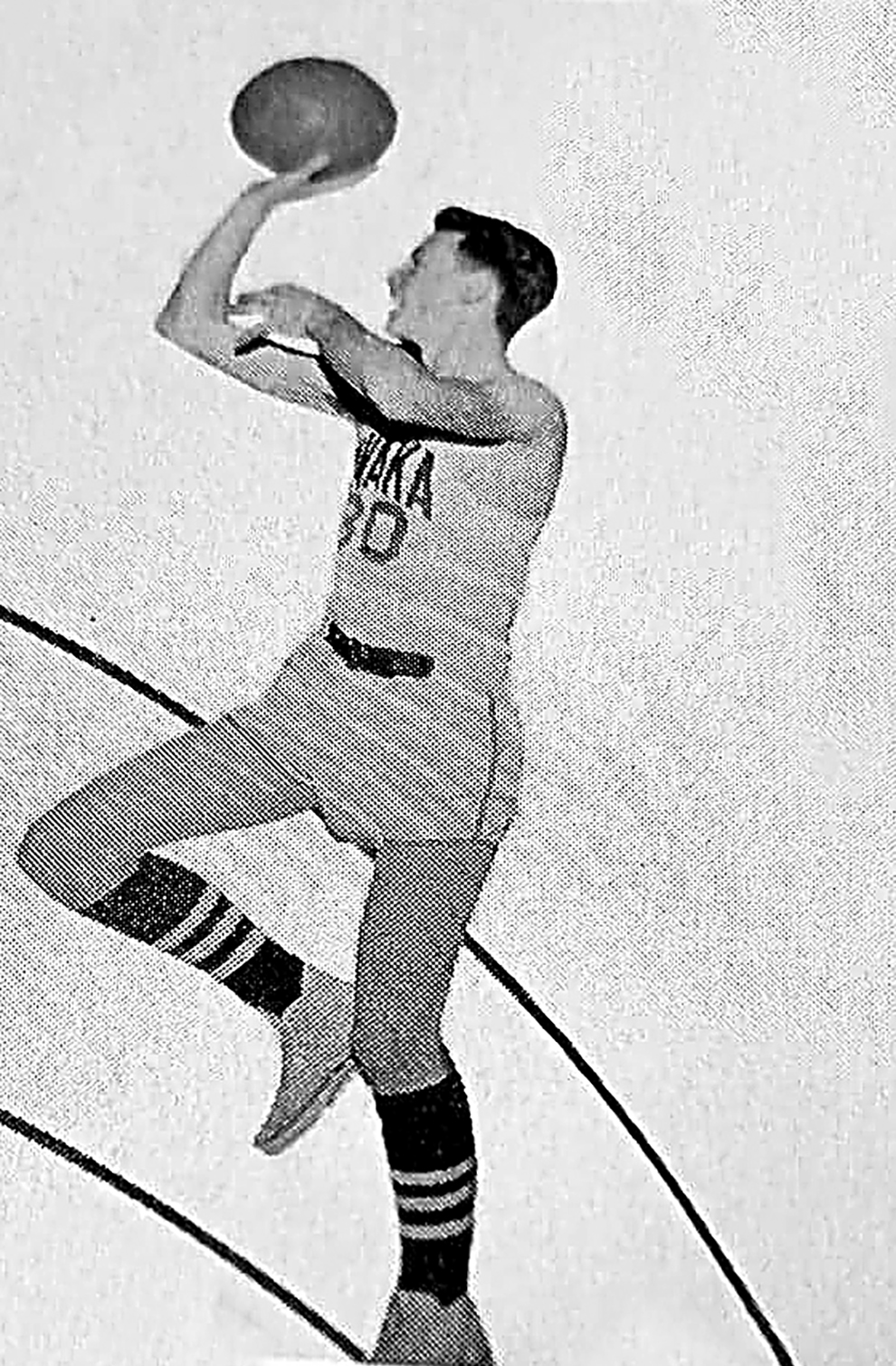 Hardin was a five-time All-Watauga Conference player for the Rangers, landing on the league’s honor roll three times in basketball and twice in football.

He played four years of varsity basketball, averaging a career-best 20 points per game as a junior (1958-59). His single-game career high came that year in the form of a 32-point night at Hampton.

Scoring at a 17.1 clip the following season, Hardin finished with nearly 1,350 points for his high school career. Hardin starred at the end in the sport of football, also helping out at defensive tackle. He recorded 11 touchdown receptions over the course of his final two seasons, grabbing three in a senior-year game (1959) against Boones Creek. His performance in ’59 went a long way in Unaka securing its last conference championship. 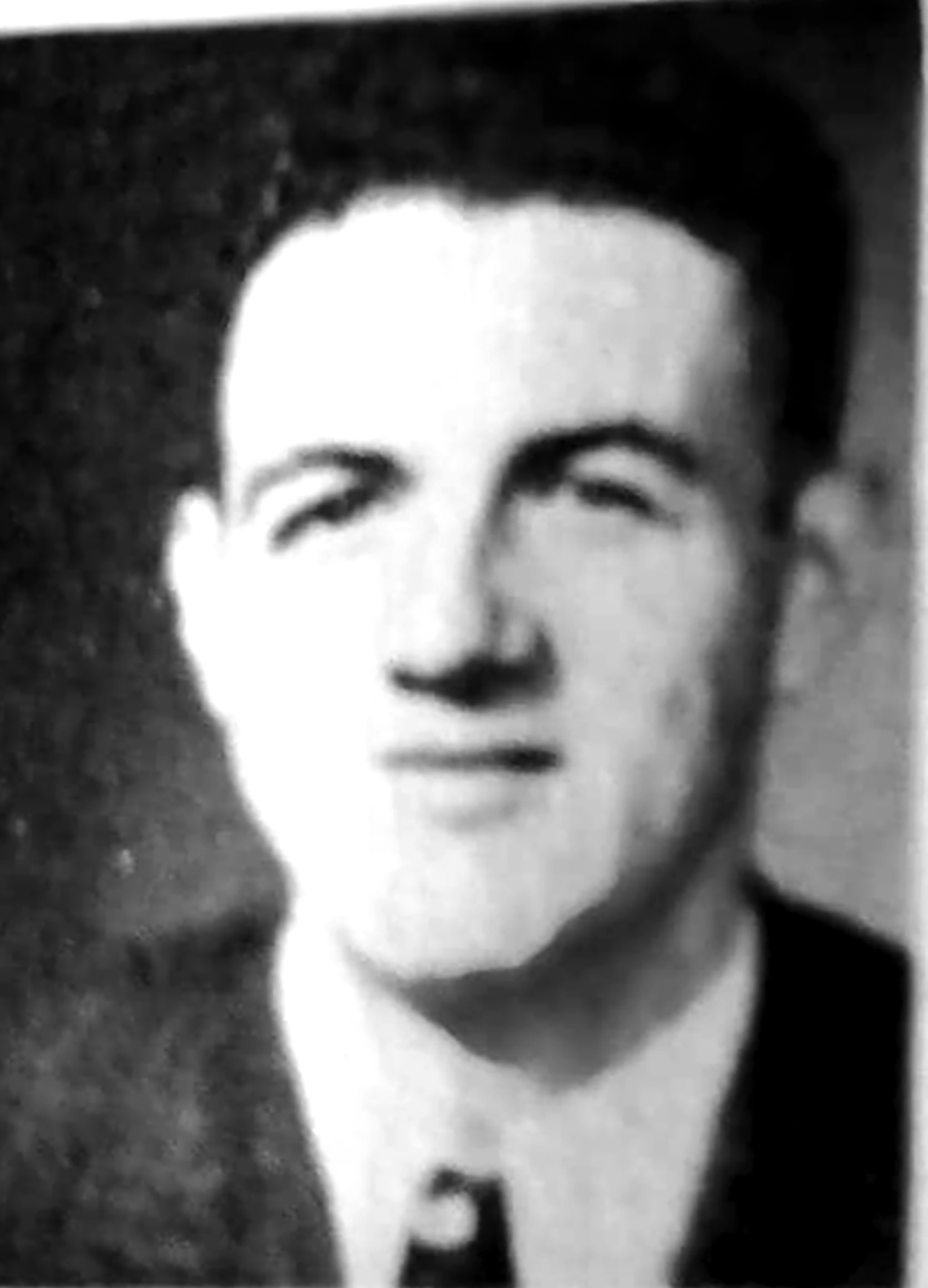 Suiting up for Unaka from 1944 through 1948, Gouge was all about setting new standards. He was the first Ranger to reach the 1,000-point career plateau and also the first to score 30 points in a game. A four-year starter, Gouge led the team in scoring as a sophomore, junior and senior. Moreover, he is believed to be the first freshman to serve as a full-time player in Unaka’s program.

Gouge was a team captain by his sophomore campaign. Twice named an All-District 16 tournament player (1947-48), he beat Hampton with a shot at the final horn in the 1947 event. A year later, he and the Rangers advanced to the championship game.

It was in his senior season that Gouge was at his best. He cut loose for better than 750 points in leading the Rangers to a 40-4 record. 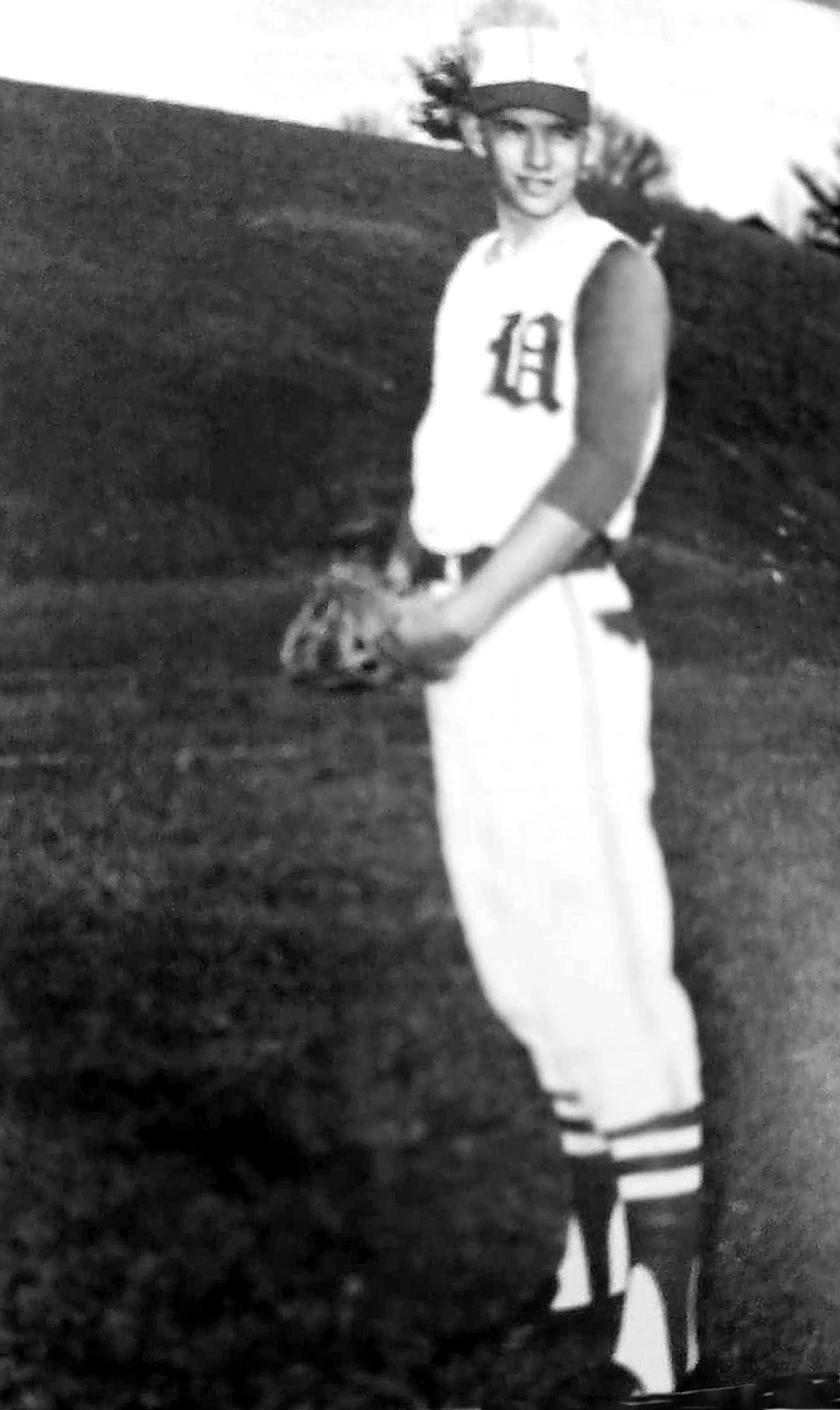 Williams notched 16 pitching wins over the course of a four-year varsity career, leading or sharing Unaka’s lead in that category three times. Also, he twice topped the Rangers in winning percentage from the mound.

He showed the way in both categories as a sophomore in 1963, going 4-2 (.666) while also putting up a team-best .375 batting average. A two-time All-Watauga Conference luminary, Williams enjoyed his best pitching season as a senior — when he logged a 6-2 record. Williams had distinguished himself before advancing to the high school ranks. He was named Most Valuable Player of the 1960 state Little League tournament after pitching a one-hitter with 14 strikeouts against Jackson in the championship affair, won 5-1 by Carter County American. 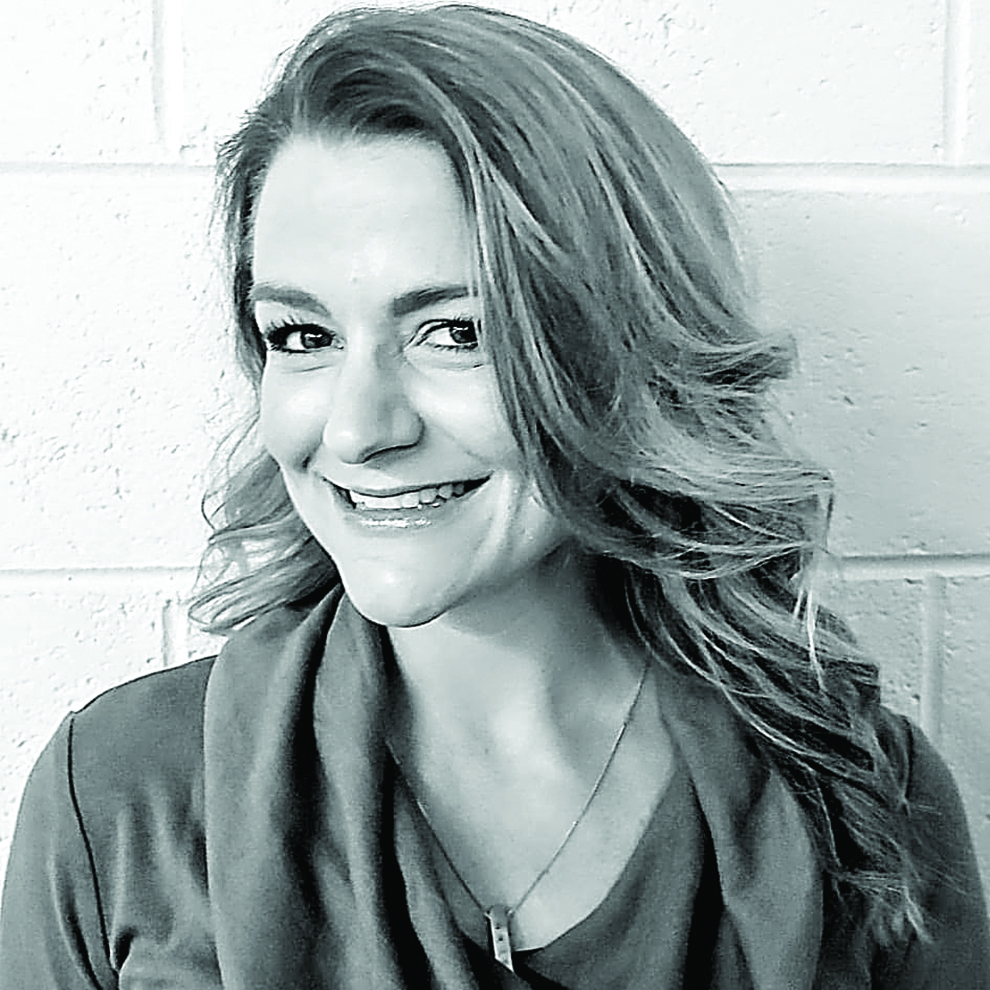 Bennett spent 17 years working for the National Cheerleaders Association, achieving top-tier status as an instructor. She has been a teacher at Elizabethton High, where she’s coached track and varsity cheerleading, since 2001. 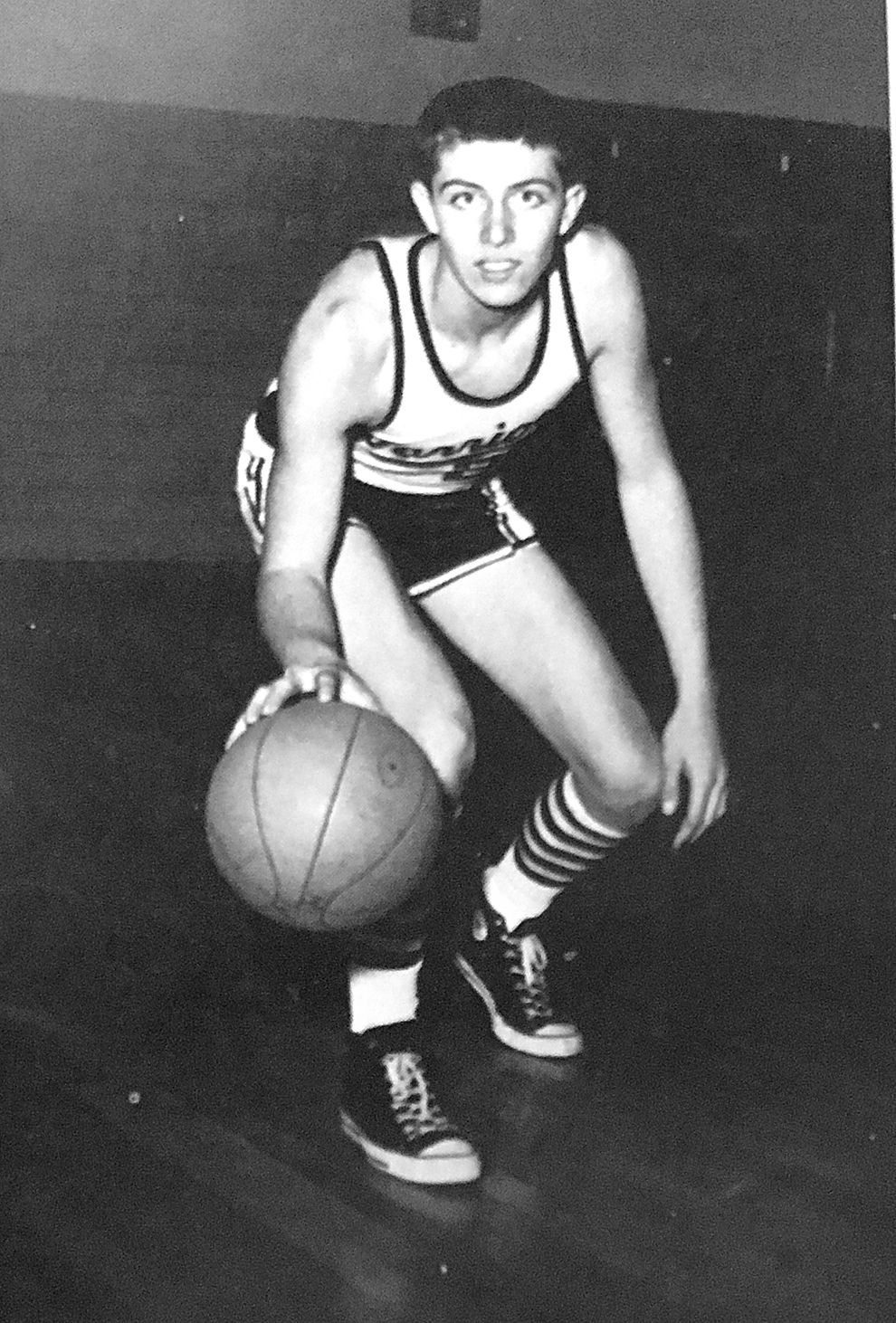 A four-year fixture for the Warriors, Lyons started for three seasons and played in 125 career games — 33 of those as a freshman. A backcourt stalwart, Lyons took part in 71 victories over the course of his high school career — third most by any player in Charlie Bayless’ 59-year run as the program’s head coach. He left Happy Valley with 979 points, having scored in 107 games.

Lyons was the Warriors’ No. 2 scorer in his junior campaign (1965-66). He earned the first of his District 2 all-tournament awards before inducing All-Region 1 tournament acclaim. Happy Valley won the district and fell just one victory short of the state tournament.

A team-best 14.6 scoring average was part of Lyons’ senior-year success. He scored a career-high 22 points on three occasions and was named All-Watauga Conference. 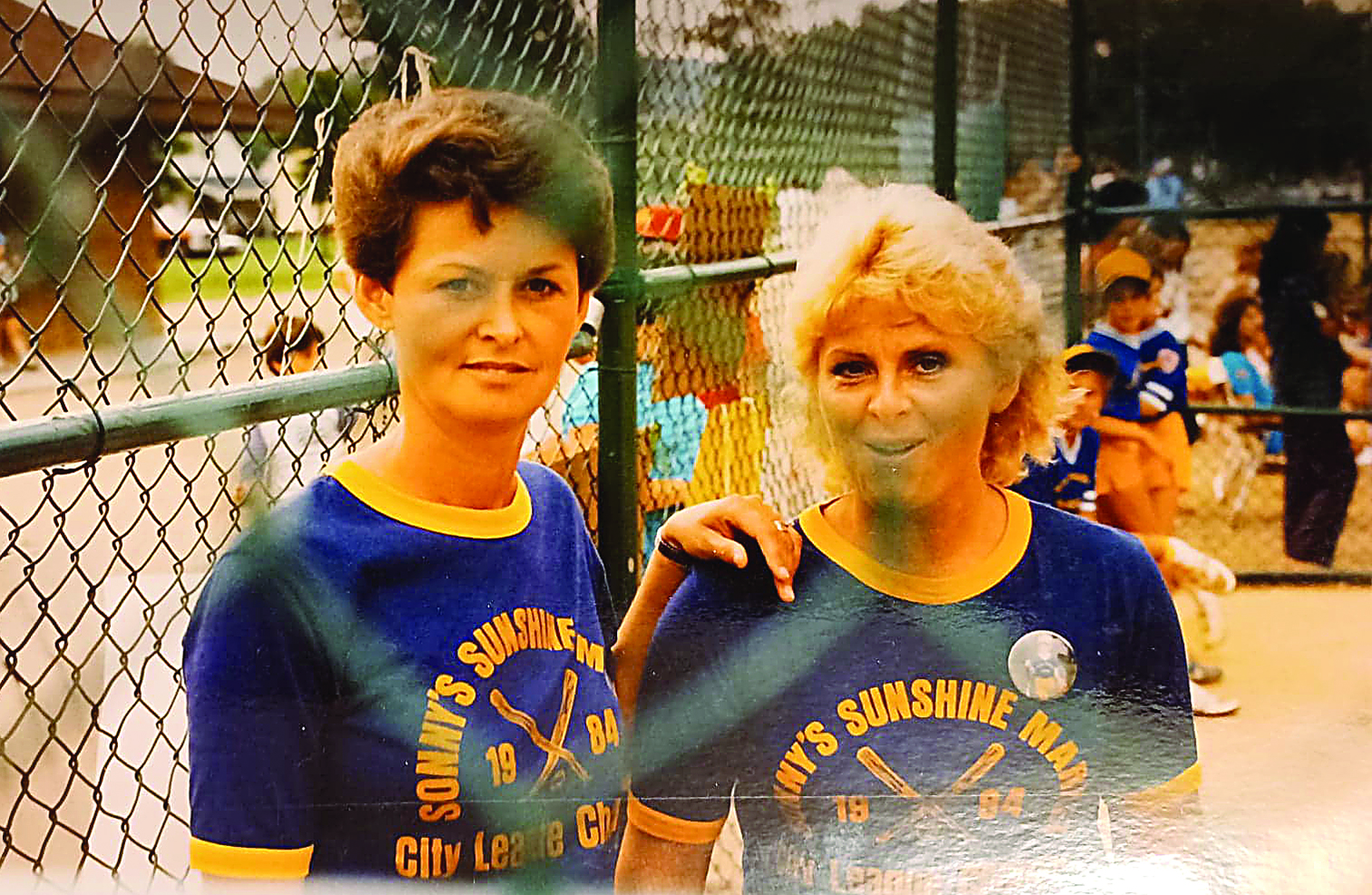 Carter County softball owes a lot to Phipps, who started playing in the mid-1970s with Sims Hill Christian in a church league. She would play for Brown’s Super Market before helping Sandy’s Golden Comb All-Stars win a District Class A tournament and reach the state tournament in Jackson.

Phipps’ most profound impact in the sport was made through Little League, which she helped establish here in Elizabethton. After some humble beginnings, the league developed into a fine product. She served as manager for Sonny’s Sunshine Market and formed a good partnership

with coach Nina Gouge. They led Sonny’s to much success and also took the Elizabethton National All-Stars to the state tournament in Sparta.

Sams was a great beacon of light for Happy Valley sports in the 1950s. His best body of work with the Warriors came in football. He was a three-time All-Watauga Conference player, proving excellent at quarterback and halfback. He was the league’s conference co-scoring champ in 1955 (senior season), totaling 54 points on nine touchdowns.

In 1955, HV restarted its baseball program, enabling Sams to play for two seasons. He topped the team with a team-best .300-plus batting average as a junior (’55). Sams played three years of varsity basketball for Milligan and was co-captain in his senior campaign (1959-60). 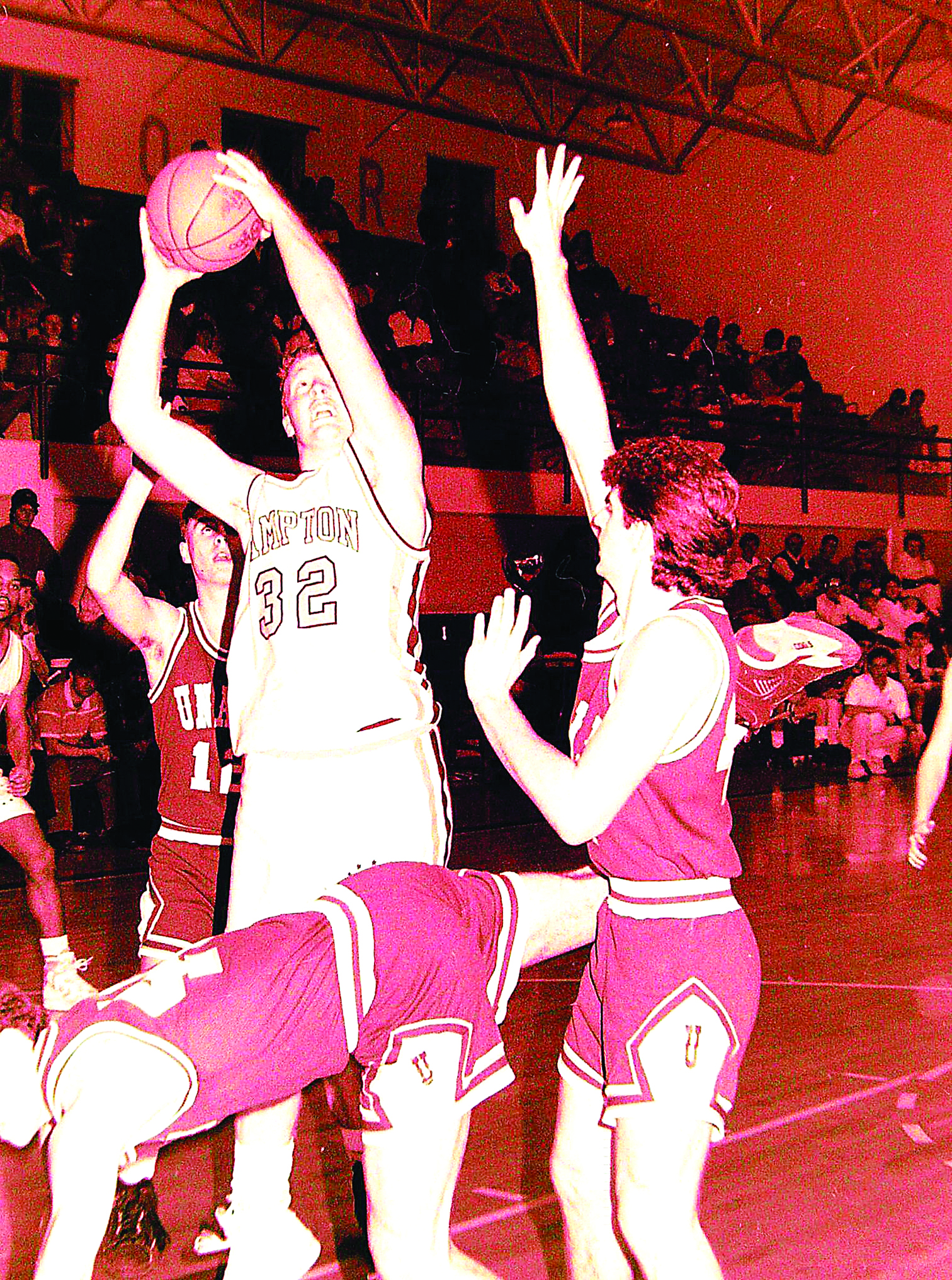 A three-year starter for the Bulldogs, Cates was a two-time All-Upper East Tennessee choice with 1,482 career points. As a junior, he played a major role in a 31-3 season that took the Bulldogs to the 1992 Class AA state semifinals. He achieved all-state recognition the following

Cates turned in a solid collegiate career for Gardner-Webb, where he broke — and still shares — the school record for single-season 3-point shooting accuracy (52%). He’s coached girls basketball for Canton, Georgia’s Cherokee High the last 22 years, piling up 422 wins and 16

Hampton football’s leading rusher as a sophomore, junior and senior, Davis topped the 2,800-yard mark for his career. That was a school record at the time, as were the 1,409 yards he gained on the ground as a senior in the fall of 1979 — when the Bulldogs’ first-ever playoff win

(28-0 over Coalfield) sent them to the Class A quarterfinals.

Davis was a two-time all-state honorable mention. Twice making the All-Watauga team, he added All-East Tennessee and All-Upper East Tennessee honors in his final year — in which he scored 19 of his career 33 touchdowns.

In basketball, Davis hit for 942 career points and was twice named All-Watauga, All-Region 1-A (2-time MVP), and All-District 1-A (1-time MVP). As a senior, he gained a spot on the Class A state all-tournament team. All-East Tennessee, All-Upper E.T., All-Carter County and

honorable mention all-state was among the honors from his 1979-80 campaign.

Hampton ascended to new heights in the 1960s under Duncan, who culminated his six-year run as the team’s head coach by guiding the Bulldogs for four consecutive Watauga Conference titles (three outright).

When Duncan was promoted from his assistant coaching job in 1961, the ’Dogs were coming off an 0-10 season. They went 2-8 in his first year at the helm, then improved considerably in 1963, going 6-4 with a conference runner-up finish.

His best season was 1966, producing a 10-1 record and 20-6 victory over Greenback in the Rhododendron Bowl in Elizabethton. The double-digit win total and postseason appearance were both firsts in Hampton history.

Duncan will receive a posthumous induction. He passed away in January of 1987. 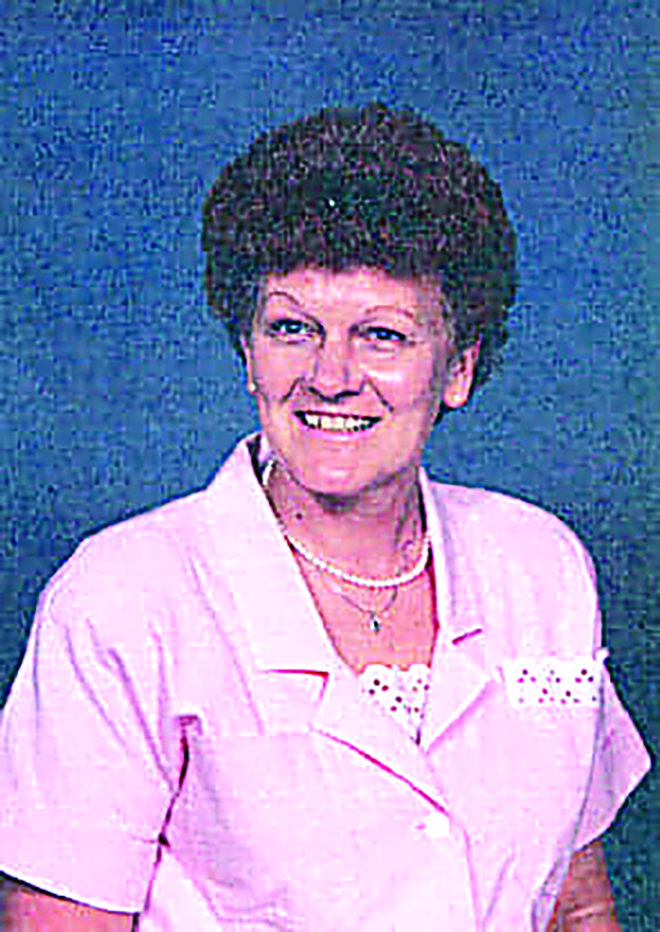 Street starred at Hampton on the front end of the 1950s, serving as a four-year varsity player. Her contributions fed into four District 1 championships, plus she was twice voted to the Region 1 all-tournament squad.

Averaging about 12 points a game as a sophomore, Street came back the following year to pump through a team-high 295 points. She accounted for 31 of those in a win at Cloudland and had 16 as Hampton upended Lamar 48-41 for a regional championship. Street totaled 58 points over the course of three regional contests and her 21-point total against Bradley County in sectional play topped Hampton, which suffered only two losses the entire season.

The good times kept coming for Street as a senior. She played a key role in the District 1 final, netting 15 points as the Bluebirds bested Cloudland.

Street will be inducted posthumously, having passed away in September of 2019. 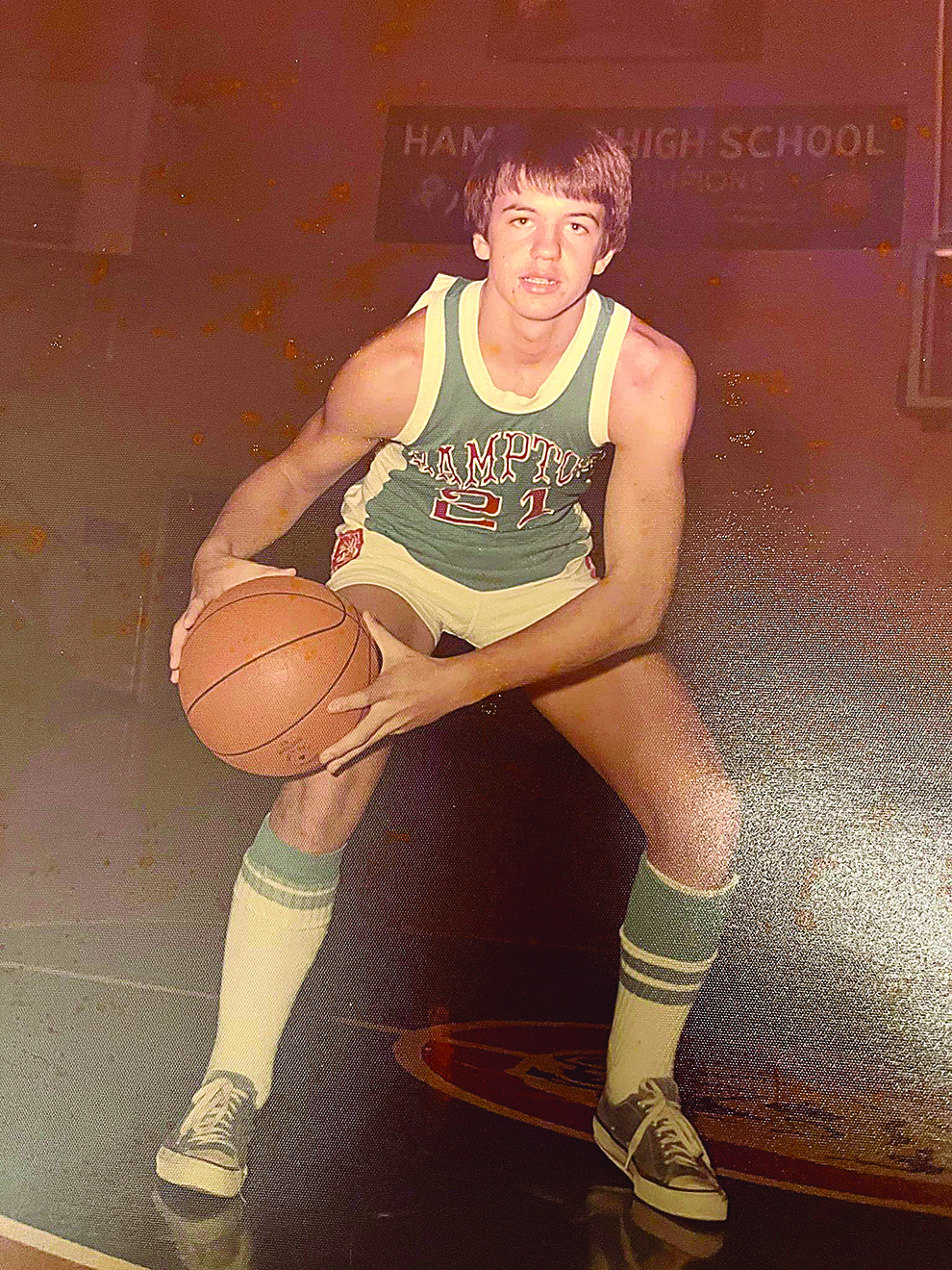 Honeycutt spent a quarter-century officiating baseball, softball, football and basketball for youth, TSSAA and college athletics. He developed a great rapport with the athletes and showed tremendous dedication to the kids of Carter County.

The roots of Honeycutt’s history with local athletics included playing basketball for Carter County Sports Hall of Famer Richard Ensor at Keenburg, where he proved to be an outstanding player.

In a four-year high school career divided between Hampton and Elizabethton, Honeycutt scored close to 1,000 points in 100 career games and was honorable mention All-Big 7 Conference as a senior in 1977-78.

He played collegiately at Surry College (Dobson, N.C.), earning team captain status as a senior. While coaching basketball for Unaka Elementary, he directed the girl’s team to a regional title and third-place state finish. 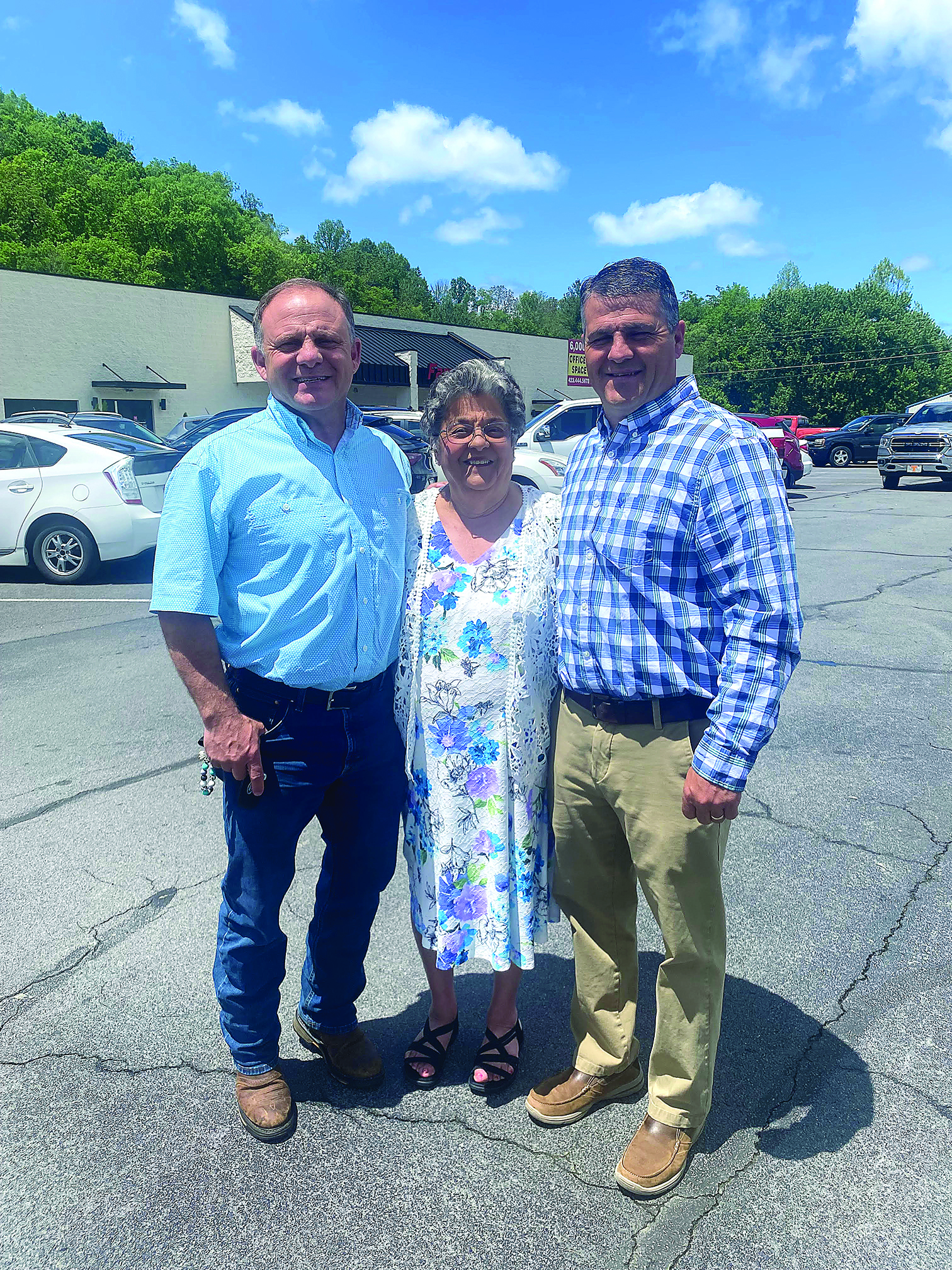 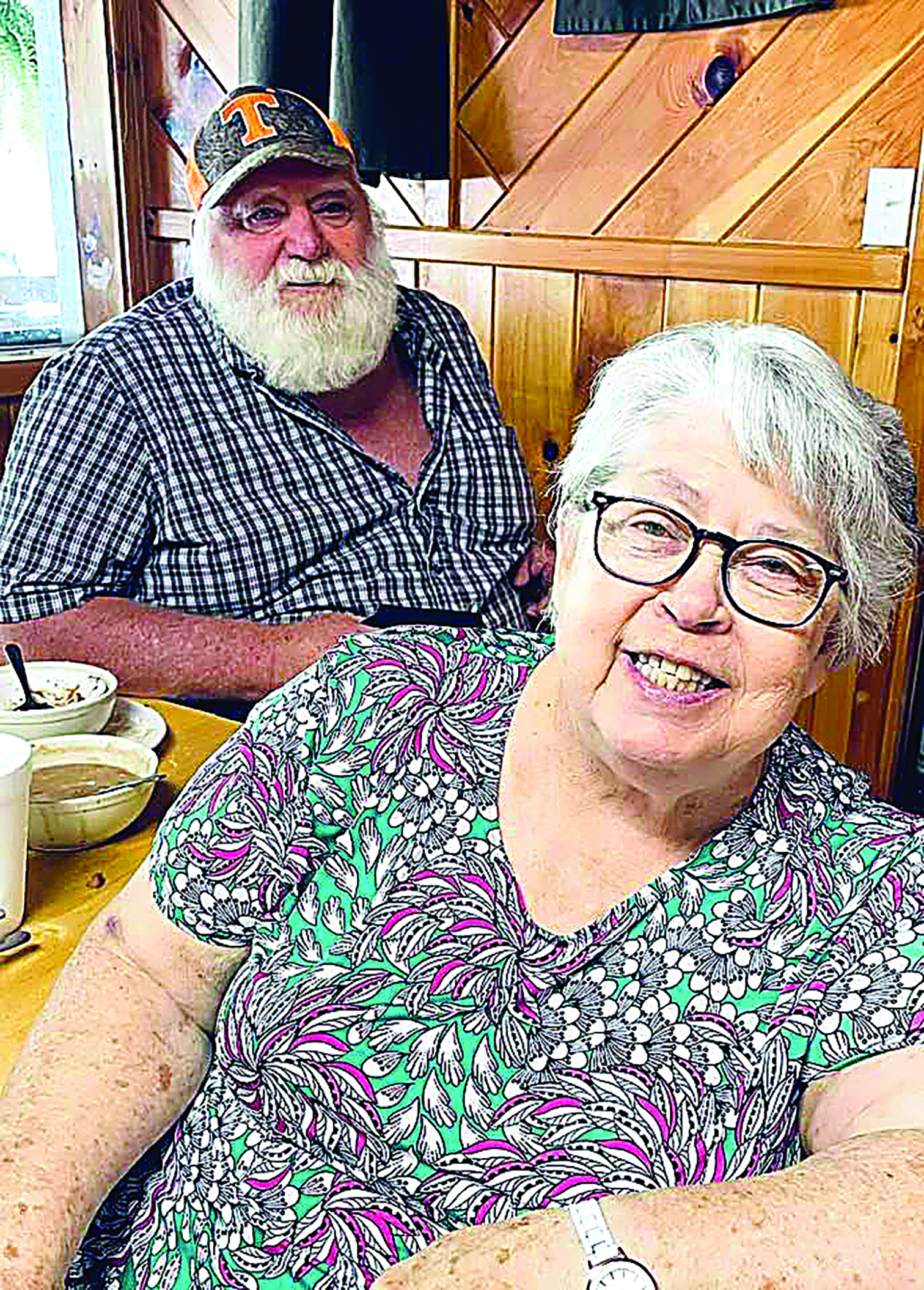 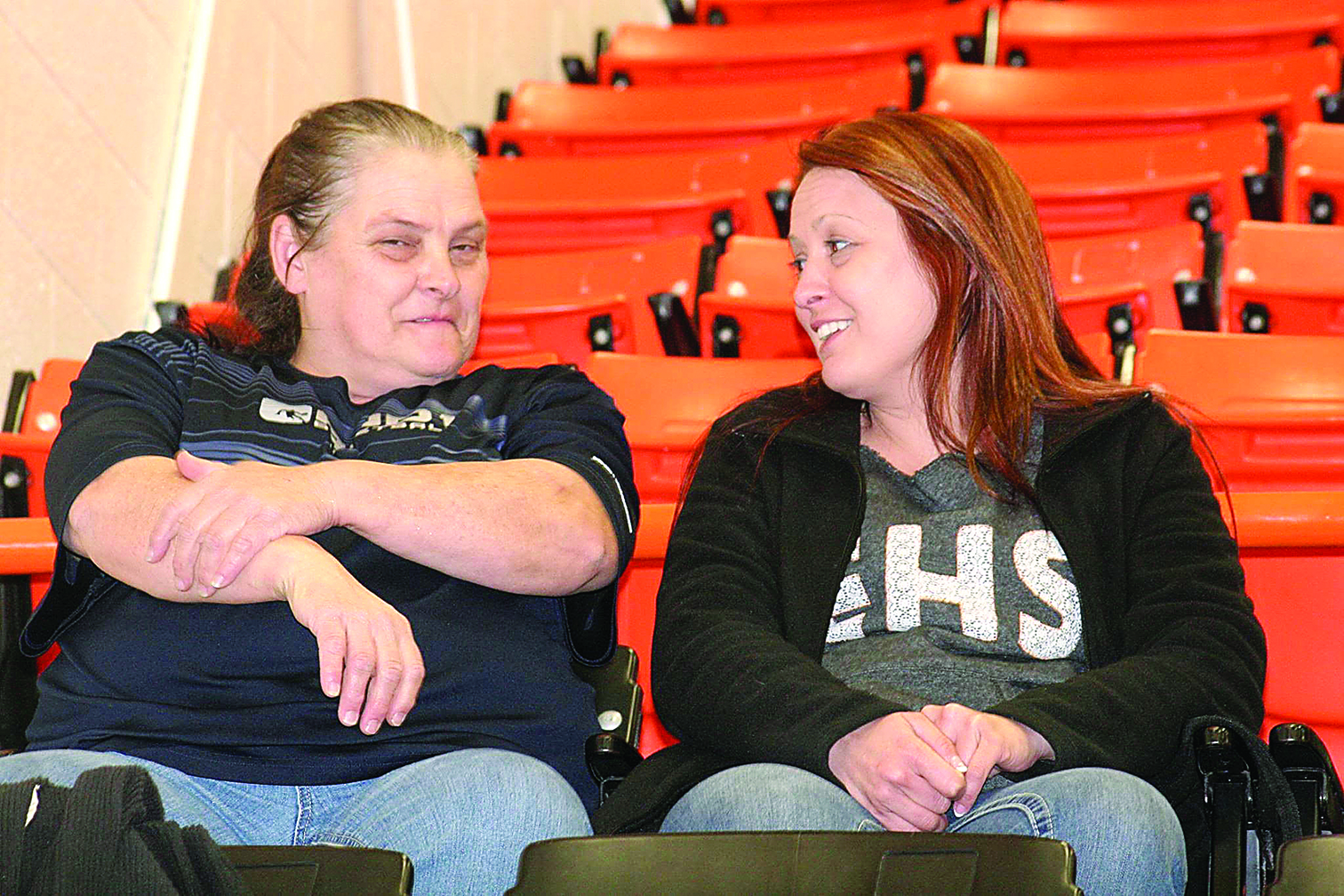 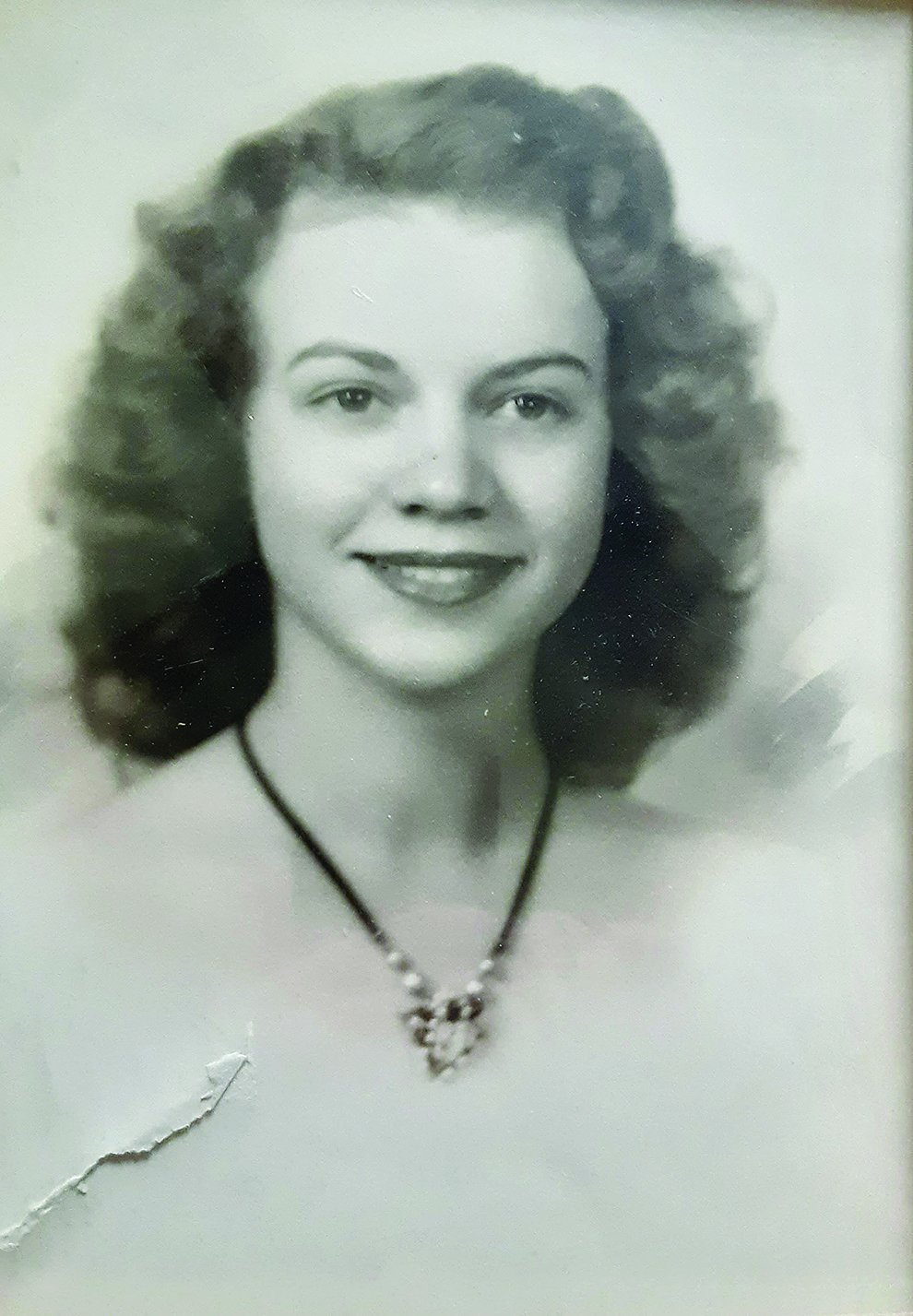 the late Jane Bayless will be recognized for their wide-ranging support of local athletics.

They each put in countless hours of selfless work in the process.

A person isn’t eligible for Carter County Sports Hall of Fame membership until he or she has been out of high school for 10 years.

Those who are eligible must have engaged in their sports-related craft in Carter County or worked it elsewhere while residents of the county.

Non-residents involved in out-of-county sports are eligible, if they were from here originally.

An active coach is ineligible for induction until he or she has put in 25 years of service. That rule, however, will be waived when the candidate is voted in as an athlete.

Anyone is welcome to submit a nomination. An electronic form can be found at www.carterhalloffame.com. The hall of fame’s committee members gathers early each year to select a new class.