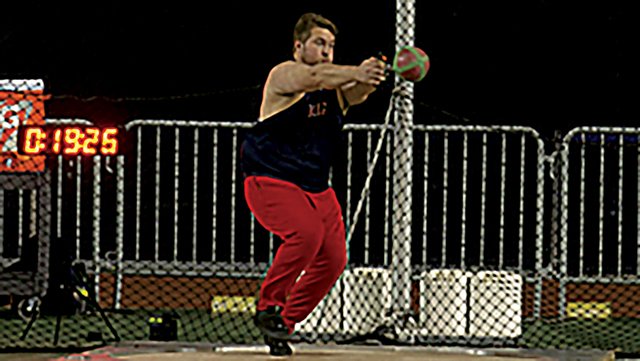 BRISTOL – Kolin Miller of the King University men’s track & field team was named All-Southeast Region by the US Track & Field and Cross Country Coaches Association for the outdoor season.

Miller earns all-region honors in the hammer throw during the outdoor season after earning indoor honors in the weight throw earlier this spring.

In five meets during the outdoor season, Miller posted a hammer throw mark farther than the previous school record that stood since 2010. Miller’s best mark of 54.97 meters came at the Montreat College Invitational on March 25-26, where he won the event.

Miller finished fourth at the Conference Carolinas Outdoor Track & Field Championships with a mark of 52.56 meters.

The top-five individuals in each event from each region earned All-Region honors, in addition to each of the members of a top-three ranked relay team.