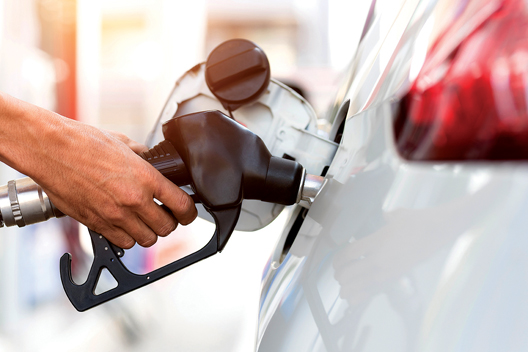 Photo Contributed As gas prices continue to climb, the Carter County Commission will consider a resolution to present to local legislatures in regard to a 90-day gas moratorium on the 27 cent gas tax to help residents locally and statewide.

Tennessee is the 8th least expensive market in the nation

NASHVILLE — For the fourth week in a row, Tennessee saw a decline in its state gas price average. Since last Monday gas prices fell, on average, 13 cents across the state. The Tennessee Gas Price average is now $4.28 which is 35 cents less expensive than one month ago and $1.40 more than one year ago.
“We are now headed into the fourth straight week of declines for gas prices in Tennessee, which is providing a much needed break at the pump for drivers, ” said Megan Cooper, spokeswoman for AAA – The Auto Club Group. “Despite a slight rise in gasoline demand over the Independence Day holiday — which would typically push prices more expensive — we are still seeing prices at the pump continue to drop thanks to falling crude oil prices. Barring any sudden rebound in the price of crude oil, it’s likely that we will continue to see falling prices at the gas pump again this week.”

National Gas Prices
Pump prices declined again, falling another 12 cents since last week to $4.67. The dip in the national average for a gallon of gas occurred despite a slight rise in demand, likely due to robust July 4th holiday automobile travel. AAA forecasted that 42 million people would hit the roads for the holiday weekend, a new record.

According to new data from the Energy Information Administration (EIA), gas demand increased from 8.92 million b/d to 9.41 million b/d ahead of the 4th of July holiday, while total domestic gas stocks decreased by 2.5 million bbl. Typically, these supply/demand trends would put upward pressure on pump prices; however, falling oil prices have contributed to lower pump prices.

National Oil Market Dynamics
At the close of Friday’s formal trading session, WTI increased by $2.06 to settle at $104.79. Although the price of crude rose at the end of the week due to increased market optimism as markets rebounded, the price was still down nearly $4 per barrel from the previous week. For this week, crude prices could continue to face strong headwinds if the market remains concerned that a potential recession will reduce demand for crude. If demand declines, crude prices will likely follow suit. Additionally, EIA reported that total domestic crude stocks increased by 8.2 million bbl to 423.8 million bbl, which is nearly 22 million bbl lower than the storage level one year ago.