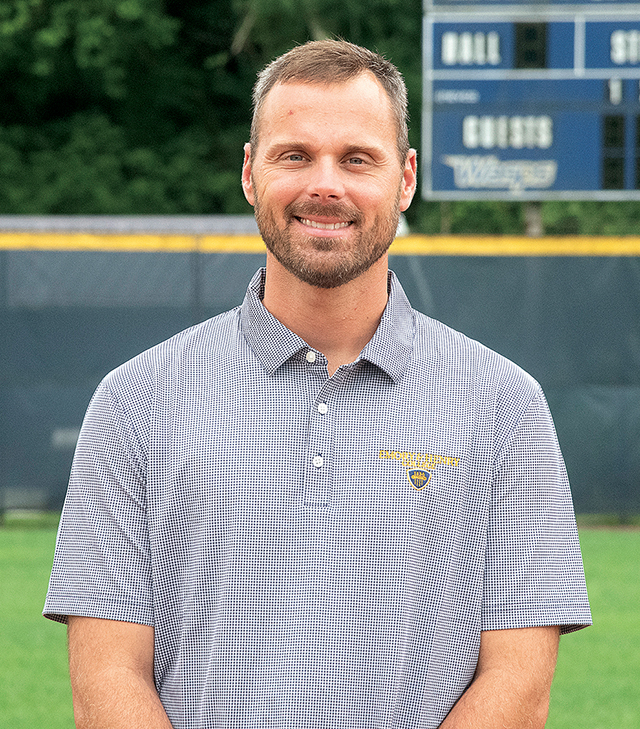 EMORY, Va. – Emory & Henry College Director of Athletics Anne Crutchfield has announced the hiring of Jake Cockerham as Head Softball Coach. Cockerham succeeds Tommy Forrester, who recently resigned to take on another role at the College.

“We couldn’t be more excited to welcome Jake Cockerham to the Emory & Henry Athletics family,” said Crutchfield. “Coach Forrester built an incredibly strong softball program during his nine years as head coach and we believe that Coach Cockerham is the perfect person to elevate us to the next level as a member of NCAA Division II.”

Cockerham comes to Emory & Henry after spending 12 of the last 13 years at nearby King (Tenn.) University, including the last four seasons as head softball coach. In each of his three full years with the Tornado, he led the team to top-two regular-season finishes in the Conference Carolinas including a co-Regular Season Championship and Tournament title in 2022. Additionally, King reached the NCAA Division II Tournament for the first time since 2018.

“I am thrilled to be the next head coach at Emory & Henry College,” said Cockerham. “The institution, campus, and people are phenomenal, and the softball program has established itself as a consistent contender each year. I want to thank Anne Crutchfield and her administration for the opportunity, and for their belief in me as a coach and a person. I look forward to joining the effort and helping lead E&H into Division II and into the South Atlantic Conference. It is going to be an amazing journey and I cannot wait to get started.”

For his efforts, Cockerham was honored as the Conference Carolinas Coach of the Year and saw six of his players selected to the all-conference teams. He reached the 100-win mark for his career on April 20 when the Tornado earned a 12-1 win in game two against Southern Wesleyan University. The victory came in the middle of a school-record 15-game winning streak which culminated in the conference tournament championship.

Prior to being named head coach, Cockerham was an assistant on the King softball staff for four years. In 2018, he helped guide the Tornado to a then-record 36 wins, a CC Tournament Championship, a 2-2 mark in the NCAA Tournament – the program’s first-ever wins on the national stage.

From 2012-14, Cockerham was an assistant baseball coach for King helping the team to a pair of Conference Carolinas Tournament runner-up finishes. He was also on staff for the 2010 season which saw the Tornado reach the NCCAA World Series and finish one victory away from the championship game.

Cockerham was the Head Baseball Coach at Patrick Henry High School for the 2011 season, guiding the Rebels to a Hogoheegee District second-place finish. PHHS played through the Hogo Tournament and earned a spot in the Class A Region D Tournament.

A 2009 graduate of King with a degree in sport management, he was a three-year member of the baseball team. He got his start in collegiate baseball at Miami University Hamilton where he set the single-season school record for base hits (71) and runs scored (54).

Cockerham and his wife, Hannah, reside in Abingdon with their son, Elijah.