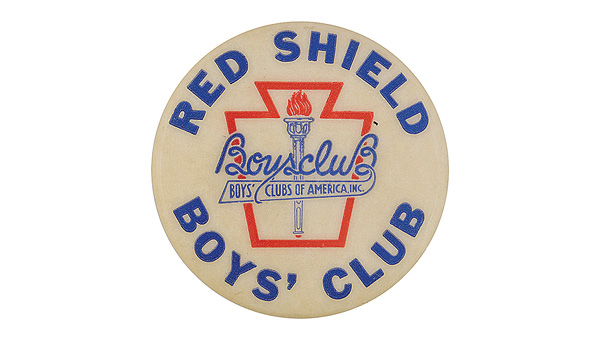 So, the well-respected strong man, Bob Peoples was called upon by the neighboring municipality of Johnson City to help where no one else could. This was no sporting event where athletes contested medals, cups, or prize money. The stakes at this event were bigger. There were local children that needed help, and the money raised from this event would change the lives of the next generation.

In 1865, a one-time Methodist preacher William Booth and his wife Catherine organized the East London Christian Mission in Great Britain. In 1878, Booth reorganized the mission, into what is known today as the Salvation Army. The Salvation Army has many different ways it helps those in need, but by the early 1900’s in America, they established many Red Shield Boys Clubs. This is similar to the more famous Boys Club Movement in that it offers after school, weekend, and summer programming for boys (and now girls too). The only difference is that these clubs were sponsored by the Salvation Army.

In 1944, a Red Shield Boys Club was organized in Johnson City by the Salvation Army with Nathan Holley as its first director. The Club was small at first and met on West Market Street. It quickly grew, however, and they needed more funding to reach out and help even more children. All boys under the age of 18 could join and many spent so much time there that they considered it a second residence.

They could get after school help with schoolwork, socialize with others their age, and have a safe place until their parents returned home from work, but there was also a plethora of other programs as well. There was a room to learn about short wave radio operation as well as teams for baseball, basketball, and softball. You could find a boxing ring, a ping pong table as well as more obscure sports by today’s standard such as tumbling and fencing. But you could also find weightlifting equipment. By the 1950s the club would grow to over 500 official members with hundreds more boys who could come by and enjoy the facilities.

But in order to expand to that peak number, they would need more funding, and that is where Peoples’ strength exhibition would take place. The Red Shield Variety Show would be a chance for people of various talents to put those in display to raise money for the club to expand and reach more boys. The event was planned for the old City Hall Auditorium in Johnson City on March 4, 1949. This would be Peoples’ chance to not just perform for his adoring public, but also give back to the youth of the area. Possibly, he would even inspire many of those boys, if they used the weights available to them at the Boys Club, to achieve strength and greatness one day as well.

And we do know that Peoples did inspire the boys to greatness in the realm of strength. In 1950, Muncy United Methodist Church in downtown Johnson City opened their indoor pool and recreation area. At the time it was the only indoor public pool in the city. However, there was much more available at the recreation center including basketball goals and a snack bar, but also a little something that no doubt Peoples, helped inspire. There was a weight room, and from some people’s recollection it was often packed with so many young people wanting to get strong, that they ran out of weights.

We also know that Peoples began hosting a weightlifting competition for young men from the Boys Club in the early 1950’s. The boys competed in weightlifting events like the press and snatch as well as Peoples’ favorite, the deadlift. The winners received shiny new silver dollars for their efforts as the next generation of strength enthusiasts in the area were born.

This is almost impossible to imagine that in a small town in the mountains of East Tennessee that so many young people wanted to lift weights. One must remember that at this time many “experts” still considered weight training as “bad for you”. Claims stated that it caused high blood pressure, athletes to become slower and less flexible, arthritis, and just about every other malady one could imagine. This wasn’t a beach town where exercise and weightlifting were hailed as a way to show off one’s body on the sunny shores. This was a small town surrounded by farmers and day laborers, yet in this setting there was a boom in weight training, and that boom was caused by Peoples himself. The settlers descended from Scots-Irish stock didn’t need some fancy talking doctor with a PhD to tell them anything, the respected Bob Peoples and his lifting spoke volumes.

But let’s not get ahead of ourselves. Peoples had inspired no one yet. The competition was still months away and there was so much for the Tennessee Hercules left to do to prepare to raise the money and inspire the next generation of strongmen. He planned his training methodically, and this time he was going to push the envelope. The question was not about whether his body would be in prime shape. The real mystery was if Bob Peoples would even be alive.