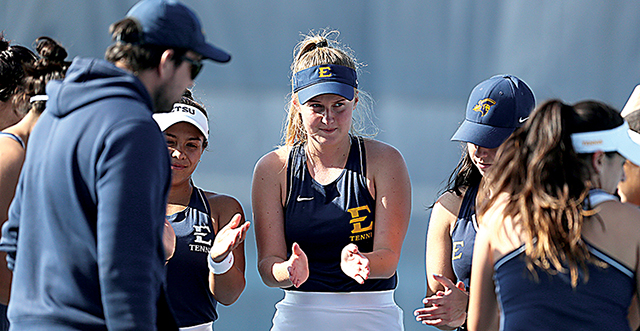 Alfaro and Elizarraras both posted perfect 4.0 GPAs during the 2021-22 academic year, while Gorbunova registered a 3.91 mark, Bakhodirova had a 3.77 and Carvajal added a 3.68 GPA.

“I am very happy that our team is performing in the classroom,” said head coach Ricky Rojas, who was named Southern Conference Coach of the Year. “They are students first and I am super proud on how seriously they take their academics.”

During the spring semester, the women’s tennis team totaled a 3.782 GPA, which was the highest mark among all ETSU athletic teams.

To be named an ITA Scholar-Athlete, one must meet the following requirements:

To be named an ITA All-Academic Team, programs must meet the following requirements: