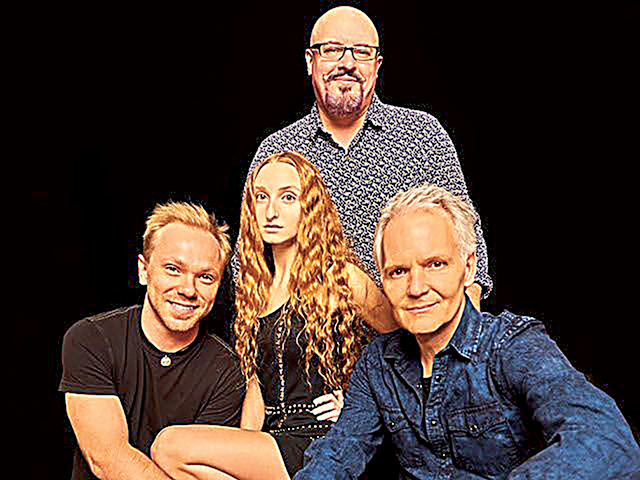 Contributed Photo/Jesse Barry and The Jam

Winged Deer Park’s Lakeside Concert Series will once again serve up top-notch music at the Lakefront Festival Plaza Goulding Amphitheater when Jesse Barry and The Jam perform on Thursday, July 21, from 7-9 p.m.

Vocalist Jesse Barry, known for her soulful pipes and contagious enthusiasm on and off the stage, began her music career at the tender age of eight. Inspired by the sounds of Aretha Franklin, Steely Dan, Gladys Knight & The Pips, Etta James, Bonnie Raitt, Carole King, Linda Ronstadt and a variety of music from her mother’s and grandmother’s generations, Barry channels emotion from many of the pioneers of blues, funk, soul and popular music.

She is often described as an “old soul” and audiences are stunned by the huge voice that comes out of her small frame. Known as “Skinny Legs” from Skinny Legs and All, a band she created as a teenager, she has performed at the International Blues Challenge in Memphis, and was the opening act for the Springing the Blues Festival in Jacksonville Beach, Fla. Barry competed on American Idol in Season 9 and has made a lasting impact on her hometown of Asheville, N.C.

The free lakeside concerts offer a mix of the area’s top talent at a venue known for its friendly and welcoming atmosphere. Attendees are encouraged to bring blankets or folding chairs to relax on the grassy hillsides, or move and groove whenever the mood strikes. The location provides easy access, free parking, concessions, and a playground.

The concerts will be held 7-9 p.m. each Thursday through July 28 at Winged Deer Park’s Goulding Amphitheatre, 199 Carroll Creek Road, Johnson City. There is one exception this year. The Johnson City Symphony Orchestra will perform at 6 p.m. on Sunday, Sept. 11, at the Winged Deer Park Festival Plaza.

This year’s concert schedule is as follows:

The Lakeside Concert Series is presented by The News & Neighbor, 101.5 WQUT Tri-Cities’ Classic Rock, the Washington County Sheriff’s Department, and the Tennessee Department of Transportation.