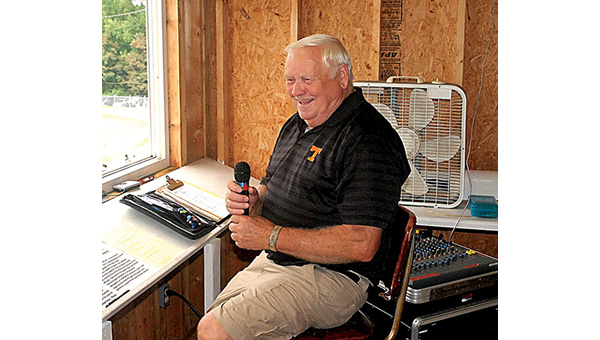 Doug Buckles was the first voice of the Unaka Rangers football.  He took over announcing the games in 1975 and retired in 2018.  He was the voice of the Unaka Rangers for 43 years and was a member of Carter Christian Church.  His favorite sayings were “up the creek” and “down the creek,” referring to which way the ball was going.  Buckles was always making funny comments; one time, he said Hampton has scored before we could get a bag of popcorn.  He was a 1957 graduate from Unaka, where he played football.

Buckles once said he never scored a touchdown until an old-timers game in 1971 when he broke loose and scored.  He served in the United States Air Force and retired from the Johnson City Fire Department after serving for 30 years.

Buckles was a member of the Elizabethton Elk Lodge, the V.F.W. Post 2166, American Legion and Moose Lodge. He served as Chairman of the Carter County Election Commission, a Commissioner of the 1st District of Carter County and was President of the Southeastern Chiefs Association.   Buckles also started the Stoney Creek Youth club along with Henry Wayne Ensor.   Football season is just around the corner and he will be sadly missed, Doug Buckles passed away on May 6, 2020.