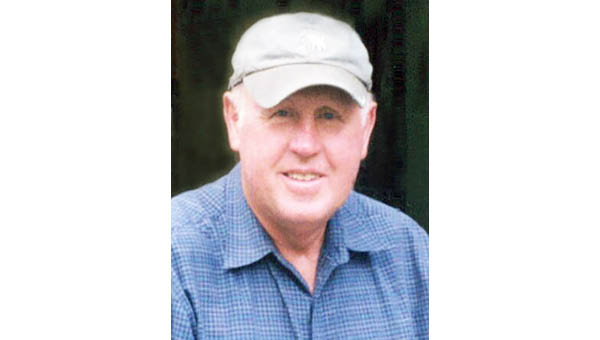 Michael Shell, 73, of Elizabethton, Tenn., went to his Heavenly home on Tuesday, August 23, 2022, from The Waters of Roan Highlands Nursing Center in Roan Mountain, Tenn. Michael was born July 7, 1949 in Johnson City, Tenn., to the late Claude Thomas Shell and Emma Roarke Shell.
Michael was a very loving husband and a generous man — always willing to help anyone in need. A carpenter by trade, Michael helped build the church he attended, Johnson City Seventh Day Adventist. He had worked for Crawford Drywall and took tremendous pride in his work. Michael was very involved with his church and devoted to the Lord’s work. Among the things he enjoyed in his spare time was fishing, scuba diving, woodworking and HAM radios but most of all he enjoyed helping others in need and spending time with his wonderful family making memories to last a lifetime.
Those left to remember and cherish Michael’s memory include his loving and devoted wife of 46 years, Penny Lou Stout Shell; his beloved son, Curtis (Bethanie) Shell; the lights of his life — his grandchildren, Nicholas Shell, Scout Shell and Catori Shell; two brothers, Carroll (Alice) Shell and Donald (Florence) Shell; two sisters-in-law, Ruby (Andy) Metros and Nancy (Frank) VanHoy; one brother-in-law, Randy Stout; and his special friends, Luther Norris and Gary Laws. Several nieces and nephews, cousins, neighbors and church family also survive.
A celebration of Michael’s life will be conducted at 6 p.m. Saturday, August 27, in the Chapel of Peace at Tetrick Funeral Home, Elizabethton, with Pastor Rob Lechner officiating. The family will receive friends in the funeral home chapel from 4 to 6 p.m. Saturday, prior to the service. Friends may also call at the residence at other times.
The graveside service will be conducted at 10 a.m. Sunday, August 28, at Happy Valley Memorial Park. Active pallbearers will be Joshua Metros, Gary Laws, Bobby Burleson, Alex VanHoy, Frank VanHoy and Mike Hughes. Honorary pallbearers will be Luther Norris and Arnold Norris. Those wishing to attend the graveside service are asked to meet at the cemetery at 9:50 a.m. Sunday. Those who prefer memorials in lieu of flowers may make donations to the Carter County/Elizabethton Animal Shelter, 135 Sycamore Shoals Drive, Elizabethton, TN 37643 in honor of Michael. The family would like to extend a special thank you to the staff at The Waters of Roan Highlands for their loving and exceptional care given to Michael during his illness. Words of love and sympathy may be sent to the family through the funeral home website, www.tetrickfuneralhome.com.
Tetrick Funeral Home-Riverside Chapel, Elizabethton, (423) 542-2232 is honored to serve the family of Michael Shell.