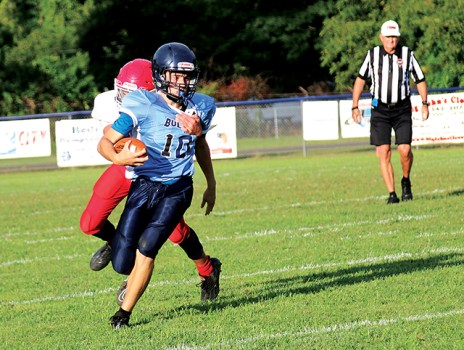 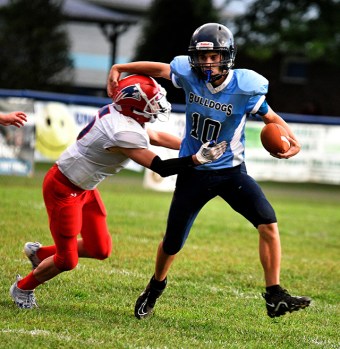 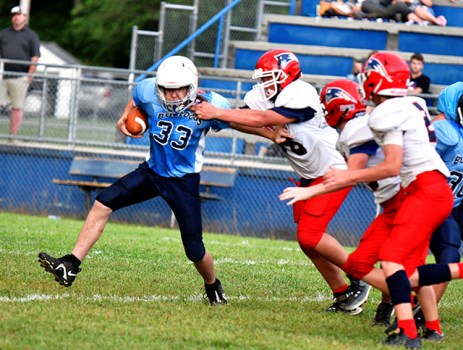 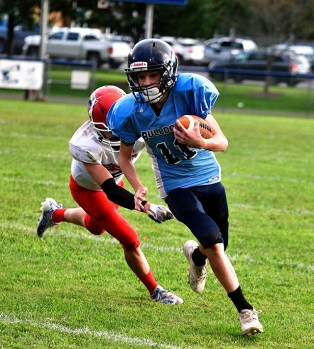 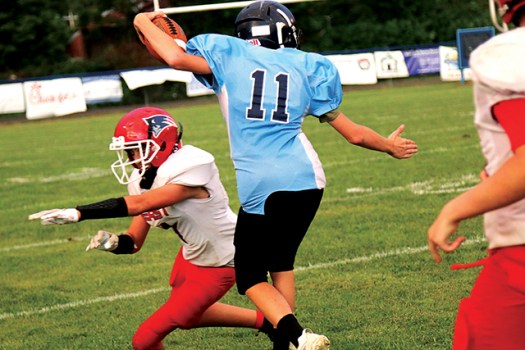 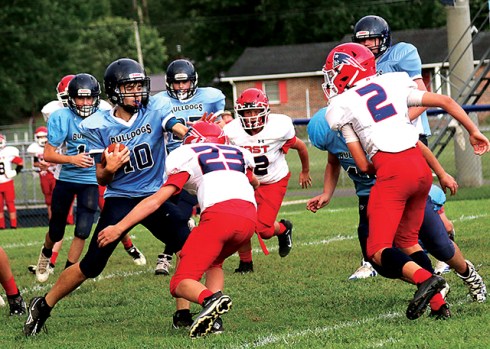 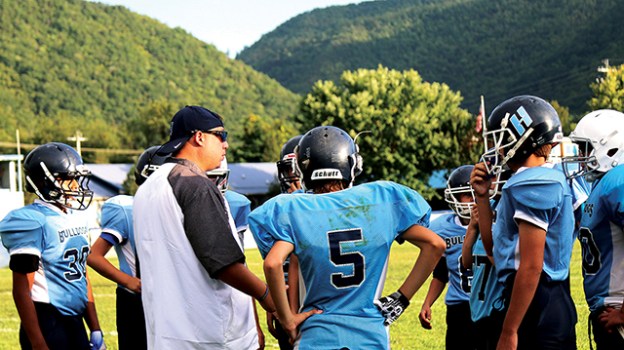 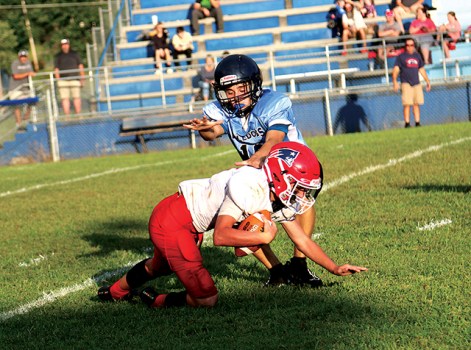 STAR CORRESPONDENT
The Hampton Middle Jr. ‘Dogs welcomed the Jr. Patriots of East Middle to J.C. Campbell Stadium on Thursday evening looking to add a ‘W’ to the win column.
However, the Jr. Patriots had a different idea as the team from Bluff City took advantage of turnovers by the Jr. Dogs to build a 22-0 halftime advantage and held on to win by the same score.
East got on the board just before the end of the first quarter when they put their big tight end into the running back slot and Jacob Sloan took care of the rest rumbling into the end zone on a three-yard scoring run with 1:43 remaining on the first quarter clock.
The Jr. Patriots converted the two-point conversion when quarterback Peyton Lingerfelt connected with Rylie Hewitt to make it an 8-0 contest.
After a Jr. ‘Dog fumble was recovered by the Jr. Patriots, the offense went back to work in the second quarter as Lingerfelt called his own number on a three-yard run to push the lead to 16-0 after the two-point conversion was once again good.
For good measure, the Jr. Patriots tacked on one more score just before the half when it was Lingerfelt once again as he took off on a 26-yard scamper for a score with four minutes remaining before the half.
The two-point conversion failed and East took the 22-0 lead to the locker room.
Coming out in the third quarter, the Jr. ‘Dogs found some momentum with their backfield of Chase Davenport, Caden Jones, and Ethan Heaton. Moving the ball down to the three-yard line of East, a penalty moved the ball back to the eight-yard line where the drive was ended on another fumble recovered by the Jr. Patriots.
From that point, neither team was able to punch it in as the Jr. ‘Dogs fell 22-0 to East.
“There will be days like this,” said Jr. ‘Dog assistant coach Joy Gardner.
The Jr. ‘Dogs will be back at home next Thursday when they host Unicoi County for a 6 p.m. kickoff.