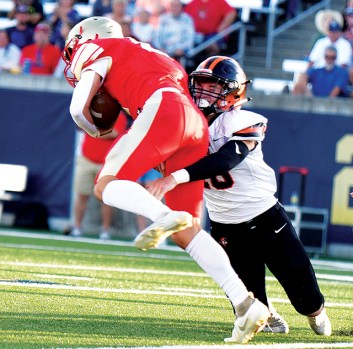 Star Photo/Ivan Sanders Elizabethton defensive back Eli Williams puts the stop on a Blazer running back. 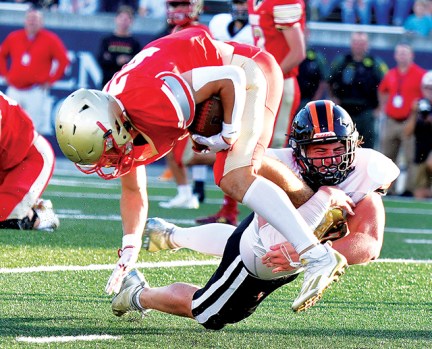 Star Photo/Ivan Sanders Cyclone defensive back Mason Ball shoots through the line to stop a Blazer running back for a loss. Ball suffered an injury to his finger on the play but returned to finish out the contest. 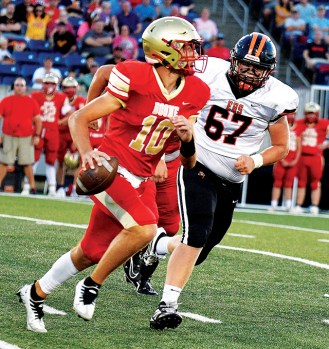 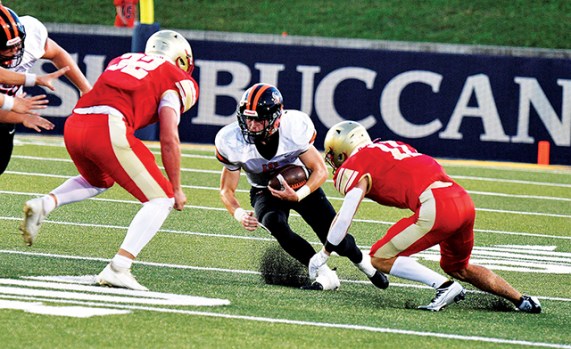 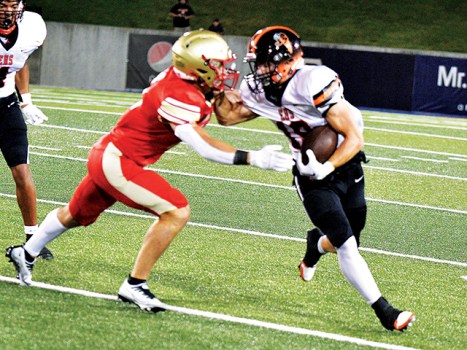 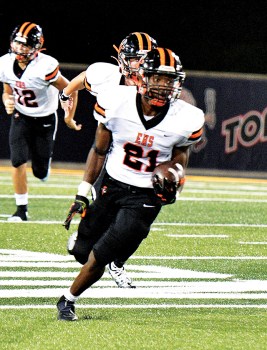 STAR CORRESPONDENT
JOHNSON CITY – The history of football games between Elizabethton and Daniel Boone has been pretty lopsided with the Cyclones dominating but on Friday the Trailblazers finally put another victory in their column in a game played at William B. Greene Stadium on the campus of ETSU.
The lone score of the game came at the hands of the Boone defense that pounced on a fumble in the Cyclones end zone that was recovered by Dalton Cloyd to give the Blazers a 7-0 lead after a Ben Shrewsberry point-after and held the Cyclones scoreless the rest of the way for the 7-0 victory.
Elizabethton has now gone nine quarters of football without a score with their second consecutive shutout.
The scoreboard was the only place the Cyclones were beating as if one looked at the box score from the game it would appear that the Cyclones would have come out victorious.
Coach Shawn Witten’s team had 10 first downs to six for Boone,  39 yards passing to the Blazers 10, 148 yards rushing to Boone’s 115,  and 187 total yards to the Blazers 125.
The defensive effort of the Cyclones continues to be the star in the crown of this year’s team with the total overall score in three games being 45-7, a score in many single games.
However, the struggles of the offense continue to be a thorn in the flesh to the team as the Cyclones last drive of the game appeared to be on the cusp of breaking the scoreless streak before a fourth-down pass into the end zone with 1:48 remaining from Gib Maupin to Teddy Orton was a couple of feet outside of Orton’s reach.
Maupin entered the game with seven minutes left in the fourth quarter.
Nate Stephens led the offense with 17 carries for 100 yards in the contest. Cade Russell carried 12 times for 44 yards. Defensively, JC Andes and Mason Ball recorded a sack for Coach Jordy Harrison’s defensive line.
The Cyclones host Grainger County next week inside Citizens Bank Stadium.