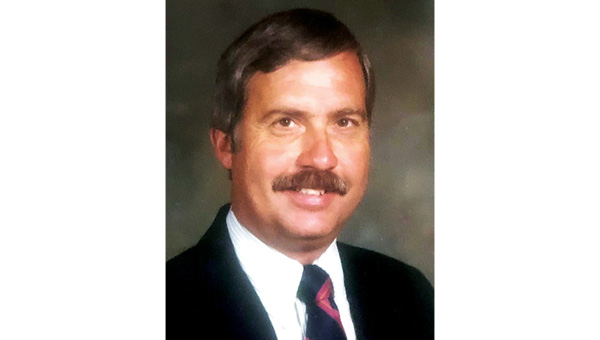 William “Bill” Scott breathed his last on a beautiful fall day in Athens, Alabama. He was born on the 4th of July, 1942. Maybe that explains his love for every flag he ever saw.
Bill graduated from Florence State University and earned his graduate degree in music education from Louisiana Tech University. His college experience prepared him to teach students from preschool to college for 40 plus years. He began his career in Alabama and in 1969 became the band director of the celebrated Betsy Band in Elizabethton, Tenn. Under his direction, they won honors throughout the Southeast. From there he was sought after by the ETSU band program and had a successful career in higher education. After a short stint as a realtor and fundraiser, music called again, and he taught at Bristol Virginia Middle School before returning to Elizabethton in 1984 to direct the Betsy Band. Later he became one of the Elizabethton elementary music teachers who developed the Mobile Music Bus with his colleague, Becky Hale. Thousands of students learned to love music, or else, because of Bill Scott. As an accomplished composer and arranger, he wrote music for ensembles throughout the Southeastern United States.
Like Frank Sinatra, he lived his 80 years “his way.” He loved transportation….cars, boats, trains, and planes and owned many of each except a plane for which his family was grateful. People on Watauga Lake may have seen him on houseboats, or jet skis or rigged up boats made of PVC pipe and inner tubes flying an Alabama flag with a dog hanging off the side. Bill could build and fix anything. He had an extensive model railroad collection. He designed and built models of everything from his childhood home to his favorite dive bar. It was like visiting Tweetsie Railroad when you went to Bill’s house.
All dogs and one ornery cat, Sonny, approved of Bill without reservation. And he had many: Blue, the runaway blue tick hound who also doubled as a parade participant, Triever, Bama, and a god dog, Ella. To celebrate his birthday, he entered the 4th of July parade every year with Ella, both of them adorned in red, white, and blue and drove down Elk Avenue in his red Triumph Spitfire convertible. We all knew Ella always held a grudge about that.
Whether it was a good or bad thing that he was the ultimate prankster, his family and friends still haven’t decided. He surprised many an unsuspecting person with a whoopee cushion or a fake snake or a bomb diving plastic bat. His suitcase was always packed to visit everywhere from Russia, to Turkey, to Stoney Creek. It didn’t matter, he was always up for a good time or a party and a game of cards.
Preceding him in death are his late wife, Doris McGraw Scott of Elizabethton, Tenn., and his parents, James David “Dave” Scott and Nelle Joanna Park Scott of Rogersville, Ala.
He is survived by his wife, Linda Thacker Scott; sister, Deborah (Travis) Butler of Florence, Ala.; god-daughter, Cecile (Adrian) Painter of Asheville, N.C., and her parents, Rick and Sandy Simerly of Elizabethton, Tenn.; nephews, Scott (Kim) Miller of Killen, Ala., and Brad (Leanna) Miller of Florence, Ala.; great-nieces, MeLeah (Brandon) Bennett of Dothan, Ala., and Reagan Miller of Nashville, Tenn.; great-nephews, Cole and Mason Miller of Florence, Ala.; bonus children, Scott (Carla) Baggett of Athens, Ala., and their children, Reid (Julia) Baggett and Presley Baggett, and Jennifer (Dane) Shull of Huntsville, Ala., and their children, Melissa (Jon) Thompson and Valerie and Keeton Light; and great-grandchildren, Vaelyn, Ames and Tommy.
Thanks go to all his friends for their kindnesses, to his exemplary caregivers, to his wife, Linda, who has earned 100 stars in her crown for her devoted care, and anyone and everyone who has ever contributed to his well-being either directly or through warm thoughts and prayers.
Rest in peace, Bill. You will be missed from Alabama to Tennessee and beyond.
The memorial service will be Saturday at 2 p.m. at the Happy Valley Memorial Park Mausoleum of Peace. In remembrance of Bill, donations can be made to the Carter County Animal Shelter, 135 Sycamore Shoals Drive, Elizabethton, TN 37643 or to your favorite charity. Words of comfort can be sent to the family through our website, www.tetrickfuneralhome.com.
Tetrick Funeral Home-Riverside Chapel, 211 North Riverside, Elizabethton, TN 37643 (423) 542-2232 is honored to serve the family of William David “Bill” Scott.