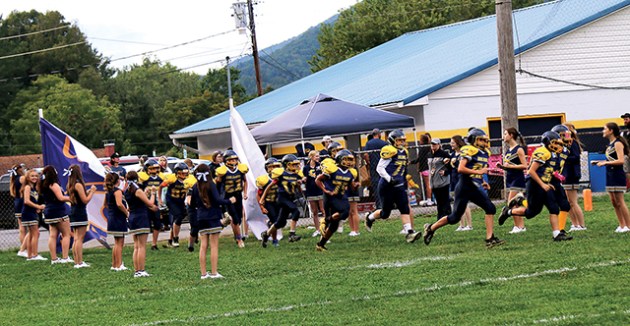 Star Photo/Tyler Scalf Cloudland enters the game against Happy Valley hyped up, and ready to go. 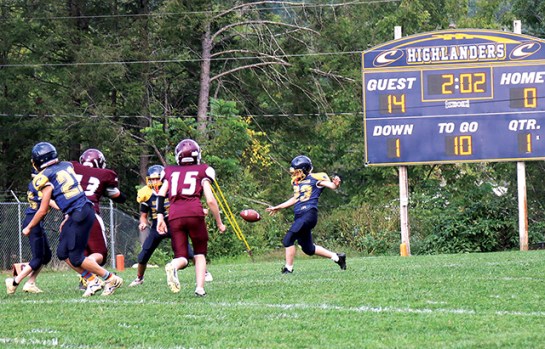 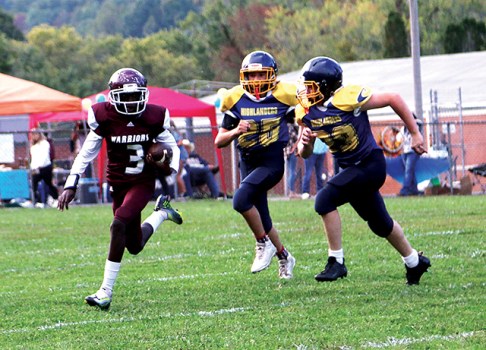 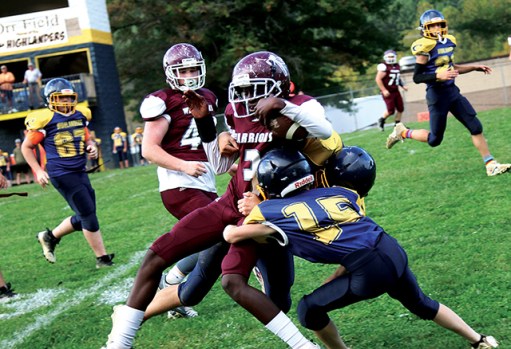 Star Photo/Tyler Scalf Artee Bahn (3) of Happy Valley runs for a large gain and gets stopped by Nate Trubidno (15) and a teammate to save the touchdown. 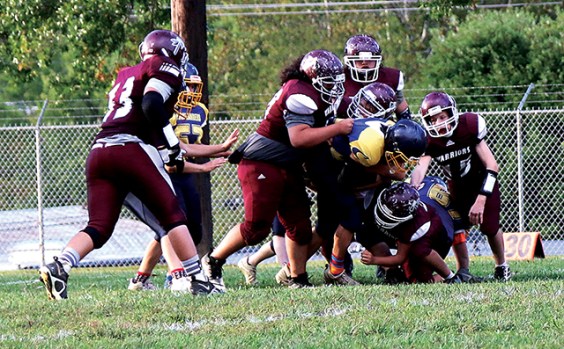 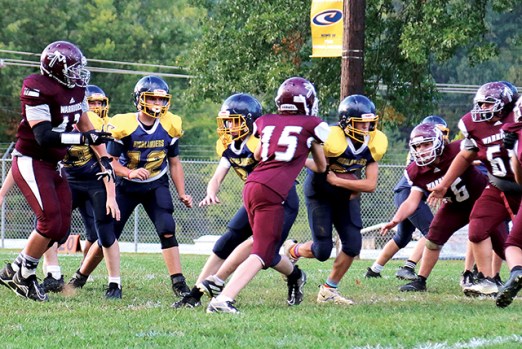 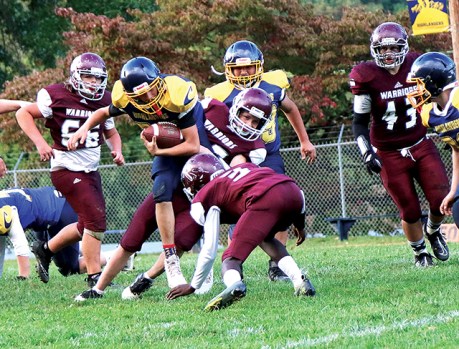 Star Photo/ Tyler Scalf Landon Barnett (25) of Cloudland goes for a short gain while being tackled by Artee Bahn(3) of Happy Valley. 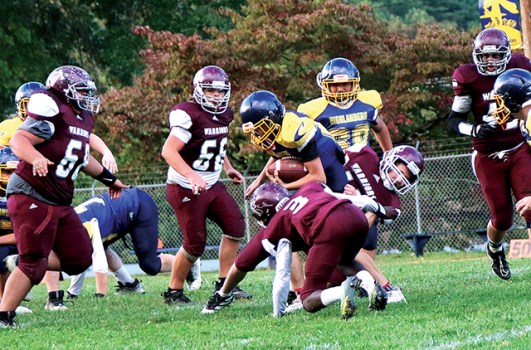 STAR CORRESPONDENT
On Thursday afternoon Happy Valley Middle School brought both the lightning and the thunder in opening a 22-0 first-quarter lead over Cloudland Middle School at Orr Field. In the end, HVMS was able to hold off a determined Junior Highlanders by a 30-14 tally.
The Jr.’ Landers dominated time of possession in the second period by going on a 14-play, 54-yard drive capped off by a one-yard touchdown plunge by Uriah Jarrett with Grayson Cole adding the deuce to make it a 22-8 game by halftime.
“We gave effort at the start and the finish,” Jr. Warriors head coach Kevin Kendall said. “In between, we didn’t do anything. Cloudland played hard the entire game. We had the ball for 18 seconds in the second quarter.”
The Warriors opened the contest with a three-play 57-yard drive with Tyler Barry scoring on a 29-yard run. The two-point run try failed and the Warriors held a 6-0 advantage. On the ‘Landers next drive
quarterback Landon Barrett fumbled and Aiden Decker recovered for the Warriors at the HVMS 48-yard line.
From there quarterback Artee Bahn connected on a short pass to Lane Parker that Parker took to the house for a 48-yard touchdown reception. Bahn then connected with Barry for the two-point conversion for a 14-0 HVMS lead.
Still, in the first quarter, HVMS forced a Cloudland punt and took possession at the 45-yard line. On first down, Bahn handed to Grady Goulds on an end, but Goulds was trapped behind the line of scrimmage and pitched back to Bahn, who weaved his way to a 20-yard gain to the ‘Landers 25-yard line.
Barry then blasted off tackle for a 25-yard touchdown run and Bahn passed to Goulds for the deuce and a 22-0 advantage.
“Tyler Barry is a dominating player,” Kendall said. “He can take over a game any time he wants to, he is that good. We came here to win and we won, but our effort has to be better. You can’t turn it on and off against good teams. This game was a dogfight that didn’t have to be if our effort was 100 percent through the whole game.”
Cloudland’s run game dominated the third period as they held the football the entire period before Jarrett scored on his second one-yard touchdown blast. The pass for two failed but the ‘Landers closed to within 22-14 at the start of the fourth period.
HV couldn’t do anything on its next possession with four carries showing a loss of yardage and the punted to Cloudland with the ‘Landers now in control of the momentum of the game. However, the HV defense stepped up, forced a turnover on downs, and took control at the ‘Landers nine-yard line.
Goulds scored from there on the first play and Bahn ran for two to close out the scoring.
Barry led all rushers with 61 yards on five carries with Bahn completing 5-for-5 passes for 27 yards and a touchdown. Bahn also ran the ball twice for 35 yards for the Warriors. For Cloudland, Cole had 57 yards rushing with Jarrett adding 36 rushing yards.
HVMS 30-14
HVMS 22 0 0 8 – 30
CMS 0 8 0 6 – 14
Scoring Summary
FIRST QUARTER
H – Barry 29 run (run failed) 6:42
H – Parker 48 pass from Bahn (Bahn pass to Barry) 4:16
H – Barry 25 run (Bahn pass to Goulds) :44.0
SECOND QUARTER
C – Jarrett 1 run (Cole run) :18.3
FOURTH QUARTER
C – Jarrett 1 run (pass failed) 7:09
H – Goulds 9 run (Bahn run) 1:09 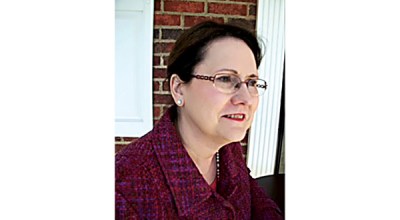 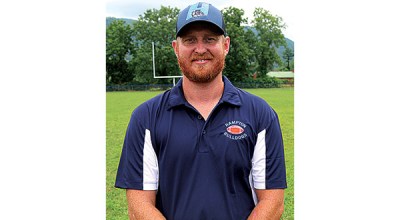