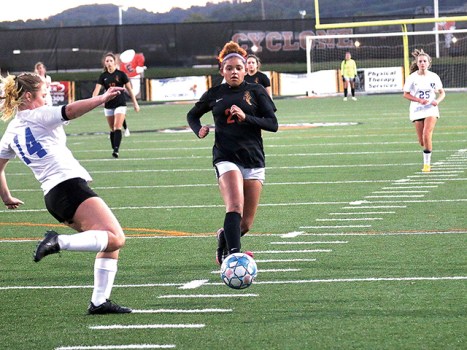 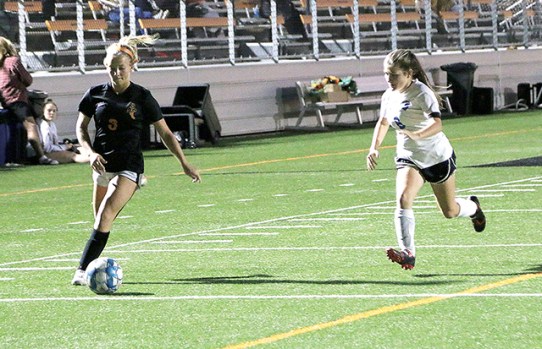 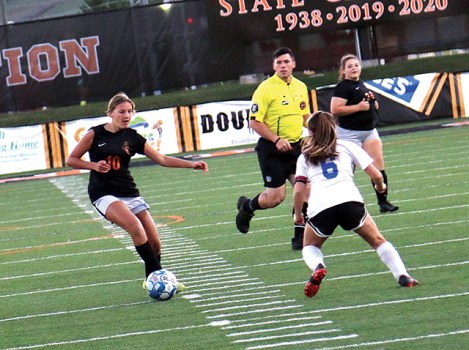 Star Photo/Tyler Scalf Savannah Smith (10) dribbles down the center to advance the ball for Elizabethton. 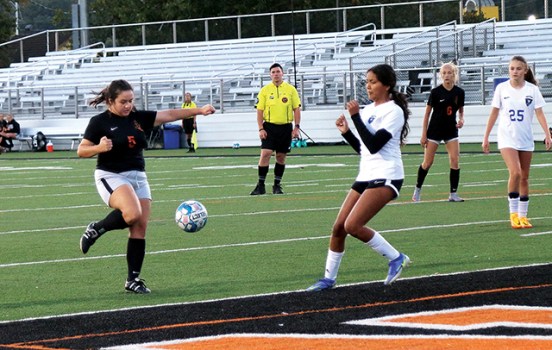 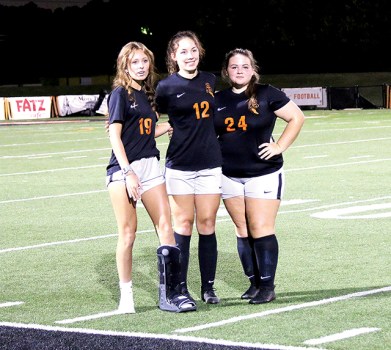 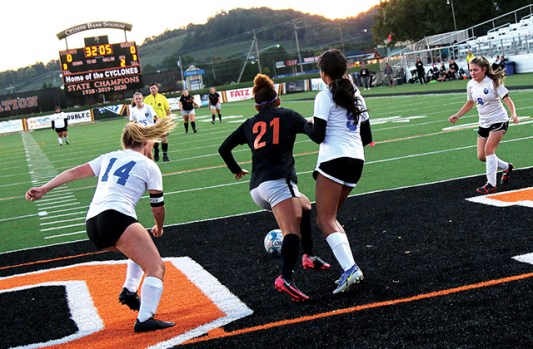 STAR CORRESPONDENT
The Elizabethton Lady Cyclones soccer squad closed out their conference regular season in style with a 9-nil win over Unicoi County on Tuesday at Citizens Bank Stadium. Junior forward Kaiya Simmons finished with a three-goal hat trick and the Cyclones did not allow a shot on goal as they celebrated Senior Night.
“We’re hoping for third place,” Lady Cyclones head coach Lauren Meier said. “Everyone in the conference is playing tonight so we’ll know soon where we stand. We still have two games left in the regular season before opening the district playoffs.”
Senior night saw the spotlight on goalkeeper Morgan Heaton, Chloe Kellerman and Madelyn Outland and the trio saw them accumulate a 34-31-3 won/lost record having scored 182 goals over that stretch.
They finished with a pair of district semi-final finishes as well as a runner-up finish and they made one sub-state finish. Individually Heaton was good for four goals and six assists and was a stellar goalkeeper with a good many shutouts to her credit.
Kellerman had four goals, two assists and was good for a few yellow cards and some tough tackles and Outland was good for six assists and was a relentless defender on the back line.
In the contest the Cyclones fired 13 shots on goal, scoring eight with the Devils having an own goal off a corner kick. EHS (5-8-1 overall, 3-2 conference) had 13 corner kicks and scored on two of them with Simmons knocking in the first one in the ninth minute of play.
“We have worked a lot on set pieces and it was good to see us take what we practice and bring it to the game,” Meier said. “Kaiya played an excellent game, a great game. She was pretty hot.”
In the 12th minute junior Kaylee Cranford scored and in the 26th minute a second goal on a corner kick made it 3-nil as Heaton scored her fifth overall goal of her career. The Cyclones led 4-nil at the half with Simmons scoring in the 28th minute and then opening the second half with her third goal of the match.
Others scoring in the match were junior Mollie Johnson (53:00), freshman Izzy Lewis (72:00) and Outland on a penalty kick in the 80th minute of play.
“We were definitely able to put some things together,” Meier said. “We had some good passing combinations and it was great to see them put things together.”
EHS takes on Morristown East on October 4 and finishes the regular season with a match against long time foe University High on October 6.
EHS 9-0
Unicoi County 0 0 – 0
Elizabethton 4 5 – 9
Scoring summary
First Half
E – Simmons (assist Lewis) 9:00
E – Cranford (unassisted) 12:00
E – Heaton (assist Johnson) 26:00
E – Simmons (unassisted) 28:00
Second Half
E – Simmons (unassisted) 43:00
E – Johnson (unassisted) 53:00
E – UC own goal 70:00
E – Lewis (unassisted) 72:00
E – Outland (PK) 80:00 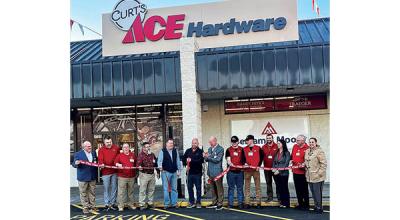 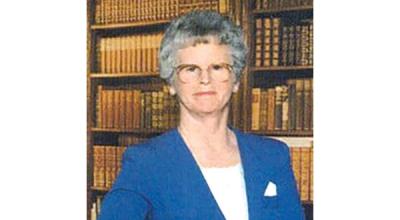