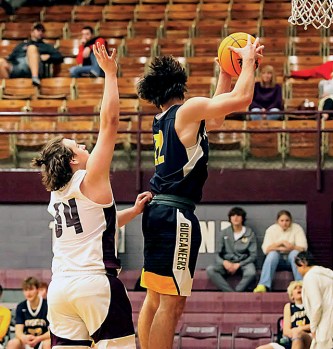 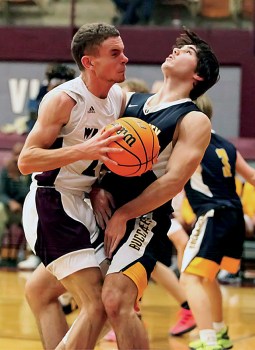 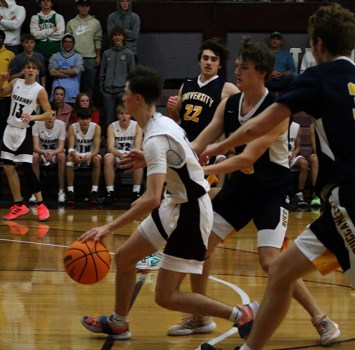 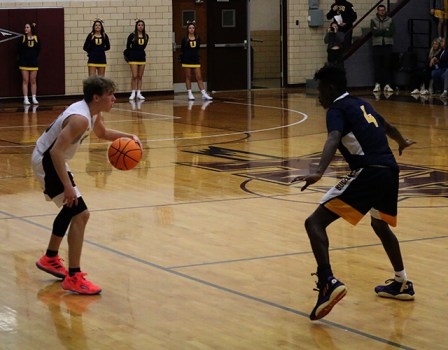 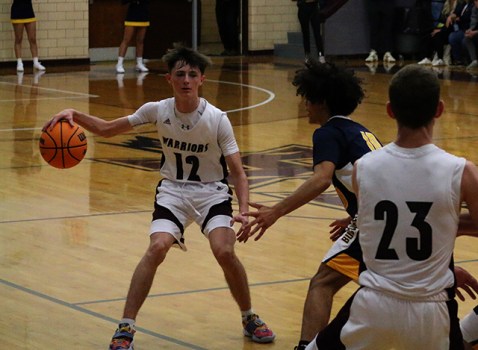 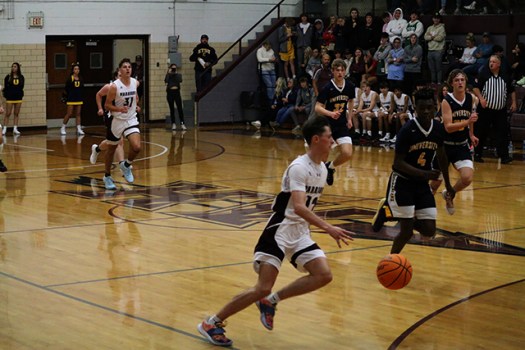 Star Photo/Ron Marvel Chausse is on a fast break looking to score for Happy Valley.

By Ron Marvel
Elizabethton Star
The Happy Valley Warriors Varsity teams faced off Monday night at Bayless gymnasium; though both teams are young in the seasons, both squads were looking to build momentum for down the road.
Happy Valley Lady Warriors 52 UH Lady Bucs 19
Coach Dana Hill couldn’t have picked a better way to kick his season off Monday night. The Lady Warriors held a huge advantage on the boards and played a pressure defense that the Lady Bucs had trouble with all night long, forcing the Lady Bucs into bad decisions and deflected passes that led to easy buckets. Overall, the Lady Warriors created an outstanding 23 turnovers on the night. Senior Kadie Bailey scored 8 in the third period, including two long threes to cushion the lead to 42-12. Coach Hill remarked, “things may not go perfectly but you always have to have effort; you have to bring that every night. He also added that Kadey Bailey struggled in the first half offensively but seem to find her comfort zone in the second half and hit some big shots for the team. The Lady Warriors were nine of sixteen on the night from the stripe. “Ultimately, these games serve the purpose of getting us ready so we can play our best ball in February” Coach Hill also bragged about the play of his point guard Kaelyn Adams, “she played well tonight and got us into our offense.” For the evening, Kadey Bailey led all scorers with 16 points, Mailey Guy chipped in 10 and Gracie Younce added 8. The Lady Warrior will host Cloudland next Thursday at 6:30.
Boys Varsity- University High 66 Happy Valley 33
On the way out of the gym, UH Coach Herman Rice paused and talked about what he saw from the Warriors tonight, “I really like what Coach Shane Williams is doing, you can see it and at points, it gave us problems tonight.” Make no mistake, Coach Williams has a vision for this team, but it’s going to take time to mesh his team together and to get them to buy into his system.
The game started very slow for both teams; it took until 4:32 before any team hit a basket. UH went out to a 4-0 lead. James Murray responded by hitting a running jump shot to cut the lead in half, but as the story was all night, UH would go on a run to close the period at a 10-2 Bucs advantage. The Warriors would try to keep pace, but UH would maintain a comfortable cushion throughout the second period; Bucs Mason Croley would hit a 3-pointer to increase the lead to 13. Dakota Grindstaff hit a 3-pointer and Tucker Shoun would hit an overarm layup to keep the game within reach at 26-13 at the half.
Unfortunately for the Warriors, the Bucs would go on several runs in the third period, including a 14-0 run at one point and defensively hold Happy Valley to just 4 points in the quarter. The Warriors would get several good looks but just couldn’t get the ball to go down; after another 12-0 run the Bucs would close the quarter up 51-17. The Warriors wouldn’t go quietly scoring 13 points in the final stanza, Tucker Shoun would hit two 3-pointers and Colby Chausse would add a couple of lay-ups to pace the final quarter. On the night, James Murray led the Warriors with 8 while Chausse, Shoun and Grindstaff would chime in six apiece.
After the game, Coach Williams would discuss where his team is on the young season “everyone is new to the system; we have to stick to the process, believe in each other, and as coaches, we have to do a better job getting our teams confidence up, we have to score some points to put some pressure on teams.” He added, “they [University High] did a great job all around, but we have to pass the ball better to get better looks” The Warriors will play the Cyclone away next Monday night.
Boys Junior Varsity – UH 74 Happy Valley 38
A UH 13-0 start put the Junior Varsity Warriors in a hole they couldn’t dig out of. A driving forceful layup by Ron Parker would cut the Bucs lead to 31-22, but the Warriors couldn’t get any closer on the night. Ron Parker led the Warriors with 13 points and Aveon Relagado would toss in 7 for the night 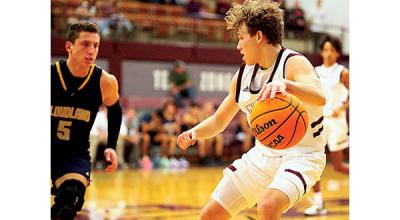 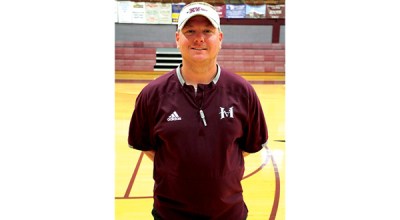 Warriors season comes to an end