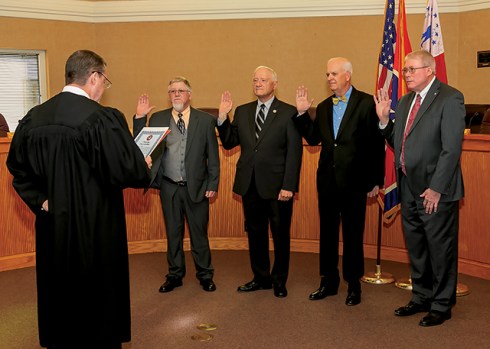 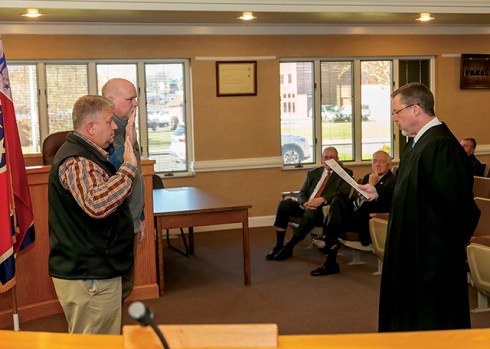 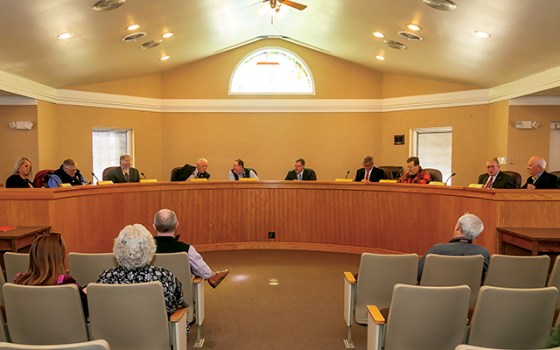 Star Photo/Larry N. Souders Mayor Curt Alexander (center) opens the floor to the City Council for nominating a new mayor and mayor pro-tem during a special called session at noon on Tuesday. 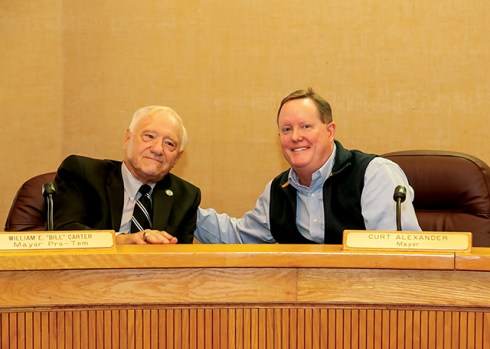 Star Photo/Larry N. Souders Curt Alexander (right) congratulates William “Bill” Carter after being re-elected to the ninth and sixth term in their respective jobs as mayor and mayor pro-tem of the City of Elizabethton.

By Larry N. Souders
Elizabethton Star
The Elizabethton City Council met in a special called meeting at noon Tuesday for the purpose of swearing-in four recently re-elected members of the city council and two members of the city’s school board.
First District Judge Stacy Street presided over the ceremony. City Council members Wes Frazier, William “Bill” Carter, Michael Simerly and Richard M. Barker were sworn in for their new two-year term on the council.
Street also officiated over the swearing-in of returning school board members Danny O’Quinn and Eddie Pless to their new board terms.
City Council was called to order by Mayor Curt Alexander and the City Clerk Jennifer Arnold called the roll to officially open the meeting.
The council elected Curt Alexander for his ninth term as mayor for Elizabethton, making him the longest-serving mayor in the history since adopting the city council model in the 1960s.
Alexander said this would probably be his final term as mayor and he will not seek re-election in 2024.  “As you get older, your priorities change. When I became mayor in 2006, I didn’t have any children, now we have four. I’d like to spend more time with my children as they grow up and watch them as they go through school,” he said.
He also noted that he was very proud of the many things that had been accomplished during his tenure as mayor listing the Tweetsie Trail and the Covered Bridge Park among many other projects over the last 16 years. He was also looking forward to several new projects that are in the works.
William “Bill” Carter was voted mayor pro-tem. 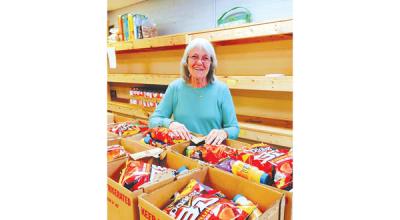 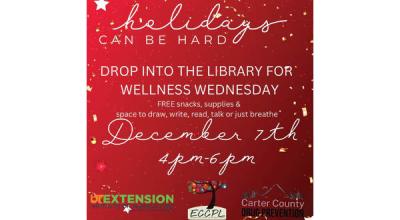