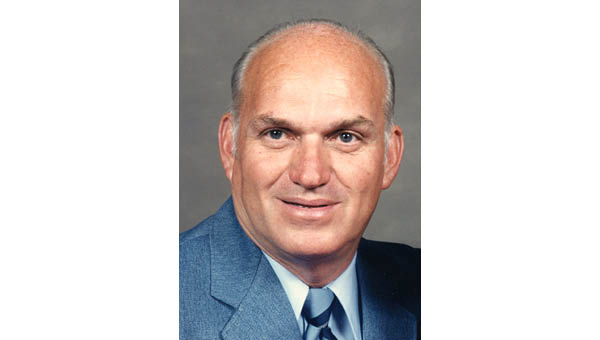 Vaughn Simerly Sr., 90, Hampton, passed away Monday, November 28, 2022, at Hillview Health Center. He was born May 26, 1932 in McMinnville, Ore., to the late Linzy and Velma Hyder Simerly. He had lived most of his life in Carter County.
Vaughn served in the United States Army during the Korean Conflict. He was retired from the Maintenance Department of East Tennessee State University.
In addition to his parents, he was preceded in death by a son, Vaughn Simerly Jr.; three brothers, Gene Gordon Simerly, Sam Simerly and William Bob Simerly; and one sister, Selma Simerly.
Survivors include his wife, Delores Stevens Simerly; a daughter and son-in-law, Teresa and Joey McNeil; a daughter-in-law, Julia Simerly; and two grandsons, Keith McNeil and Justin Simerly. Several nieces and nephews also survive.
Funeral services will be conducted at 2 p.m. Thursday, December 1, at Memorial Funeral Chapel with the Rev. Jim Holtsclaw officiating. Interment will follow in the Stevens Cemetery. Active pallbearers will be Justin Simerly, Joey McNeil, Keith McNeil, Ed Birchfield, Wayne Johnson and Jimmy Woodby. Honorary pallbearers will be Byrl Clark, John L. McKinney, Carl Lacey, Jamie McKinney and Greg Burrell. The family would like to extend a special thank you to Lori McKinney Watson, Megan Jamerson, Kim Grindstaff and the staff of Hillview Health & Rehabilitation. The family will receive friends at the funeral home from 1 until 2 p.m. Thursday, prior to the service. Condolences may be sent to the family at our website, www.memorialfcelizabethton.com.
Memorial Funeral Chapel is serving the Simerly family.