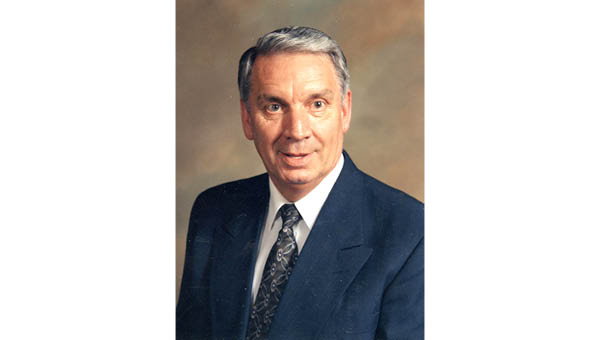 June 2, 1939 – December 10, 2022
Raymond Hill, 83, passed away peacefully on Saturday, December 10, 2022, at his home in Butler, Tenn. Born in Roan Mountain, Tenn., he was the son of the late Floyd and Ruth Whitehead Hill.
Raymond was a graduate of Hampton High School and later went on to obtain bachelor’s and master’s degrees from East Tennessee State University. As a lifelong educator, Raymond began his career as a teacher at a two-room school in Poga, Tenn., before moving on to spend 25 years as a teacher and assistant principal at Hampton High School. He also served as principal at Siam Middle School and Hampton Elementary School before transitioning to leadership roles at the Carter County Board of Education. He served as Assistant Director of Schools from 1997-1999 and ultimately served as Director of Schools from 1999 until his retirement in 2001. Raymond was inducted into the Carter County Educators Hall of Fame in 2019 in recognition of his contributions in educating thousands of Carter County children during his nearly 42 years of serving as a teacher, principal, coach, and mentor.
As a man of unwavering faith in God, Raymond was a member and deacon of Cobbs Creek Baptist Church in Butler, Tenn. He previously was a member of Little Mountain Baptist Church in Roan Mountain, where he served as deacon, Sunday school teacher, and music director. Raymond most recently commemorated 55 years as a member of the Roan Mountain Masonic Lodge #566. In addition to his work and church duties, Raymond served on the Northeast Community Credit Union Board of Directors for 28 years. During that time, he served 17 years as Vice Chairman and the last year as Chairman of the Board.
Raymond was preceded in death by his parents, as well as a brother, Eddie Hill.
Survivors include his wife of nearly 48 years, Karen; two daughters, Susan and Lindsey, as well as a son-in-law, John Feathers. He is also survived by a sister and brother-in-law, Patricia and Nicholas Kosco of Bradenton, Fla.; his grandchildren, Reagan, Alyssa, and Jake Feathers and Makayla Dockery. Additional survivors include several nieces, nephews, and cousins; special niece and nephew, LaGina and David Vaught; an honorary daughter, Jamie McQueen; as well as special friends and travel companions, James “Monroe” Stevens and Sandra Forbes.
A Celebration of Life Service will be conducted at 7 p.m. Wednesday, December 14, preceded by visiting hours from 5 to 7 p.m. at Memorial Funeral Chapel in Elizabethton, Tenn., with Pastor Dennis Wilson officiating. A special eulogy will be delivered by Kevin Ward and music will be provided by Bill Anderson. Those serving as pallbearers include John Feathers, David Vaught, Junior McQueen, Jason McQueen, Eddie Lewis, Adam Morton, Greg Marlow and Chris Pierce. Honorary pallbearers include Bernie Hill, Nick Kosco, Kevin Ward, Dallas Williams, Bill Shoun, Jerry Bowers, his church family, Cobbs Creek Baptist Church, and members of the Northeast Community Credit Union Board of Directors. The entombment services will be held on Thursday, December 15, at 1 p.m. at the Mausoleum of Faith at Happy Valley Memorial Park in Elizabethton, Tenn. A Masonic Service will be conducted by Roan Mountain Lodge # 566 following the funeral service.
The family would like to express a special thank you to the nurses on the 2400 unit at Johnson City Medical Center, as well as to the family of Chris and Tammy Pierce. In lieu of flowers, the family requests that donations be made in Raymond’s honor to either St. Jude Children’s Research Hospital, 501 St. Jude Place, Memphis, TN 38105-9959 or Cobbs Creek Baptist Church building fund (150 Church Street, Butler, TN 37640). Family and friends will assemble at the funeral home at 12:20 p.m. Thursday to go in procession to the cemetery. Condolences may be sent to the family at www.memorialfcelizabethton.com.
Memorial Funeral Chapel is serving the Hill family.