Student-Centered Education: How Elizabethton High School is giving back to its community 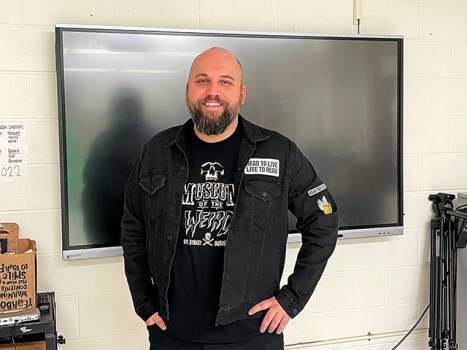 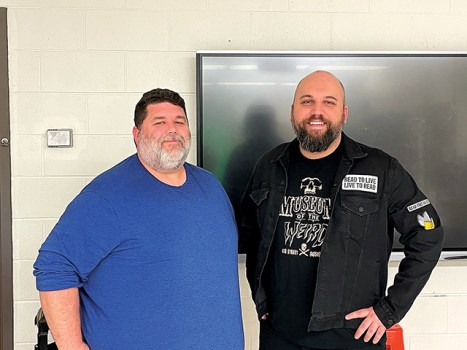 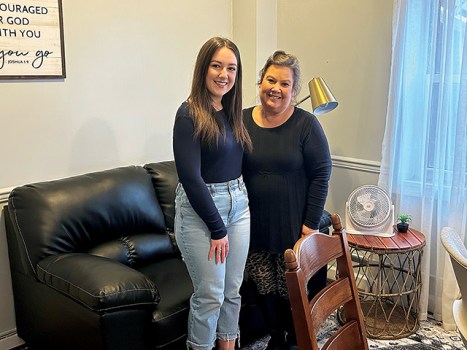 Star Photo/Bailey Marvel ETCHA director Melissa Marvel (right) and one of the Bartleby students who helped at ETCHA.

By Bailey Marvel
Star Correspondent
Public education: it has been in the news a lot recently due to various controversies and scandals. Many people have their scruples with it; however public education is a moral imperative. It is accepted that an educated society is a better one; not only that but as the job market in America becomes more complex, it is also a necessity to ensure that children and young adults are given the tools to succeed and become productive members of the community and society at large. To this end, over the past few years, Elizabethton High School has begun implementing a new educational philosophy. Formerly known as the Bartleby Project, this philosophy encourages students to be proactive in their education and to be a part of the local community of Elizabethton. I had the pleasure of sitting down with Dustin Hensley and discussing with him what the Bartleby Project was as well as how it has transformed and evolved over the past few years to become less of a formal set of classes and into a student-centered philosophy that encourages taking initiative for the betterment of the local community.
Hensley graduated from East Tennessee State University in 2012 and then received his M.Ed. in Educational Media in 2013. This year marks his 8th year as a librarian and teacher at Elizabethton High. The Bartleby Project began with the XP Super School Competition, where schools across the nation were challenged to create a model for how schools would be in 100 years. When asked to elaborate on what this meant, Hensley stated, “The world was different because of technology, and that the way that we were educating just didn’t match up with the world we were living in was and was turning into… we had our students create an application (for the competition), they submitted it. Their application was called the Bartleby Project.” This application was the student’s way of saying that they wanted to be active in their educational journey and they wanted to not only meet the expectations set before them by teachers and administrators but go beyond that into the community, to learn doing as it were. As Hensley explained, “In a traditional school you see that the students are passive in their education… Most of the time they are just sitting and listening throughout the whole class. So the student-centered approach is more of ‘How do students have more of an input during the school day?’ I don’t think it’s taking power away from the teacher or administrators; it’s more sharing that power and authority with the students so they can have influence over their own learning and their school day.” The Bartleby Project began with two classes: Community Improvement and Entrepreneurship. These classes set out to test the notion put forward by the Bartleby Project, could student-centered education work in a public school, such as Elizabethton High School? Hensley said, “We saw successes from those courses; we saw students doing a lot of community projects, having a lot of individual and group success. So, from that, we… dropped the Bartleby name and allowed the mindset of student-centered and project-based (curriculum) to infiltrate all of our classes, not just two specific courses.” While the Bartleby name may be gone, the core idea of it remains: giving students the power to control their education and sending them out to improve the community around them.
The student-centered philosophy has been at the center of many different projects done for the sake of various local institutions. A few years ago a group of students went to the East Tennessee Children’s Home and Academy to paint and remodel the dorms and help to create a space where the residents could decompress and receive counseling. They have also done work for The Boy’s and Girl’s Club, T.A. Dugger Middle School, and some elementary schools. They’ve also done projects to help their own school. As Hensley said, “We’ve had students rebuild and redecorate different places in the school to help modernize it. More recently we’ve had students create a student-run cafe in the library called Tuffy’s, students operate and run it like an enterprise.” One stand-out example that Hensley discussed was a young girl who loved the downtown area of Elizabethton but felt it “was not very welcoming to people of (her generation).” As Hensley elaborated, “She had never taken art classes before but she went and painted murals in different parts of downtown, so she had to take art classes… she had to work with local businesses to understand what was best to help attract people to their businesses but also be attracted to people walking the Tweetsie Trail.” If the goal of education is to improve society, what better way to improve education than by having students interact with the society around them?
Hensley mentioned that a goal of this student-centered philosophy was to “spread it as much as possible across the entire school, so that students have more opportunities, whether that be opportunities to work out in the community for internships or being able to lead projects that they’re passionate about. It’s all about students having autonomy and ownership of their own learning…to say ‘I want to do something that will have an impact on my community.’” Another thing Hensley wanted was “to be able to tell our story in the best way.” What was once the Bartleby Project has grown and evolved into spreading a defining philosophy of education. A student-centered education that puts an emphasis on the “public” of public education. To give students real-world experiences helping the community. In many ways, education is an investment, so what better way to invest in our community than by supporting its future leaders of it?