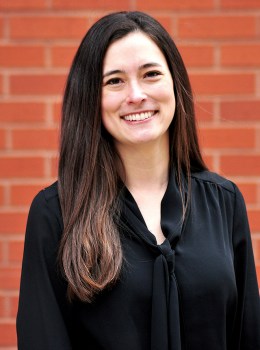 CDC EIS officer Christine Thomas, DO, MPH, who works with the Tennessee Department of Health 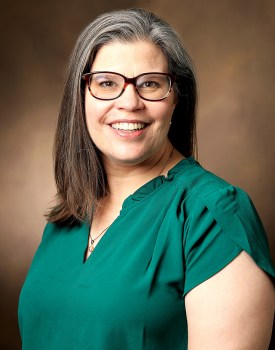 Flu season came a month early this year in Tennessee and hit hard, disproportionately affecting children, according to Epidemic Intelligence Service (EIS) data gathered by the Centers for Disease Control and Prevention (CDC), Tennessee Department of Health and Vanderbilt University Medical Center (VUMC).
Nearly 30% of 4,633 people tested for influenza at participating clinics (including 12 VUMC walk-in clinics) from Nov. 4-18 were positive for the virus, and the virus was readily transmitted to others in the household, especially children.
In all, 37% of children between ages 5-17 who were tested for the flu were confirmed to have the virus. Investigators also found the rate of hospitalization in children was higher than prior influenza seasons.
“We wanted to get an idea of what flu activity was like in Tennessee, and we found that it was spreading very early,” said CDC EIS officer Christine Thomas, DO, MPH, who works with the Tennessee Department of Health.
“A lot of people were getting sick from influenza and were being seen at clinics. A good number of them, around 40%, were also getting treated for influenza with antiviral medications like oseltamivir. Unfortunately, when we asked them about people at home, about one in three people were also ill around the same time,” she said.
Thomas said the group of people most susceptible to get the flu early in the season were children, especially children between ages 5 and 18.
EIS officers are the CDC’s “boots-on-the ground” disease detectives who protect the public from health threats. The CDC sent two EIS officers to Nashville in November to work with the state and VUMC to take an early look at influenza.
“We saw a lot of flu. It happened very quickly. We saw two kinds of influenza A that have been circulating at high levels at the same time. We also saw transmission in families,” said VUMC investigator Helen “Keipp” Talbot, MD, MPH, associate professor of Medicine, Division of Infectious Diseases.
“We have some surveillance systems already in place, so we were able to redirect them to help get the data that the CDC needed. We were able to pivot very quickly with the help of the state and do this in a matter of weeks where this would typically take months to do,” she said.
Thomas said the investigators developed a survey-based project to gather additional information from patients.
“We sent text messages to thousands of patients who had been tested for flu, asking if they would be interested in doing a survey with questions like: How are you feeling? When did you get sick? Did you get vaccinated? Did you get antivirals?” Thomas said.
“If they had tested positive for flu, we asked to contact them in a week or so to see how other people in their household were doing,” she added. “When other people in the household are getting ill, we can compare that to other years to see what susceptibility looks like for flu this season.”
Most people getting sick had fevers or coughs. Some people had runny nose, body aches and sore throat, according to Thomas.
“It helps the rest of the country to know that, in Tennessee, we are seeing an earlier season for respiratory viruses in general, and flu is a part of that,” Thomas said. “Just having that knowledge can help health facilities prepare. It also underscores the importance of people getting their yearly influenza shot, especially as activities resume and we are seeing all these viruses again.
“I just want to emphasize that it is not too late to get your flu vaccine and to do what you can to protect yourself this season,” she added.