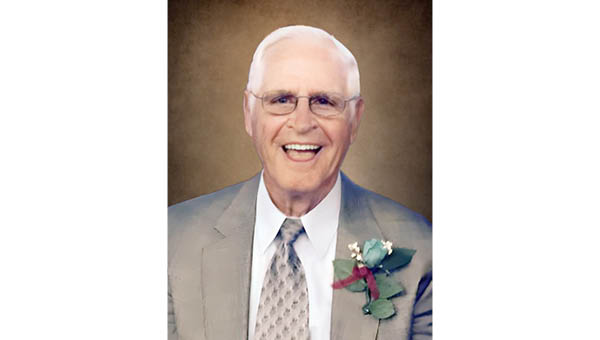 James Spencer “Bo” Campbell, 88, of Elizabethton, Tenn., passed away on Thursday, December 29, 2022, at Ivy Hall Nursing Home. Bo was born in Elizabethton to the late Taft and Grace (Bradshaw) Campbell. In addition to his parents, he was preceded in death by his wife, Jo Ann (Hughes) Campbell; five sisters, Mary Evelyn Taylor, Georgia Berry, Betty Kyte, Peggy Richardson and Carolyn Richards; a brother, Bobby Campbell; and an infant brother, Bruce Campbell.
Bo was a graduate of Elizabethton High School, Class of 1953, where he was named All State Guard and outstanding athlete in both basketball and track. Bo owned and operated Church Pew Padding by Campbell and had been in the upholstering business since the 1950s. He was a United States Army veteran and a member of First Freewill Baptist Church of Elizabethton where he had previously served as choir leader. Bo also attended Knob Creek Church of the Brethren where he had also served as a choir leader. He was a member of the Gideons and had served as an official for TSSAA Football and Basketball.
Bo enjoyed fishing, his friends at Lingerfelt Group, spending time with his family and gospel music. Most of all he loved his family and cherished the time spent with them and especially his grandchildren.
Those left to cherish his memory include two daughters, Cathy Curtis and Jo Ellen Campbell and fiancé Craig McNeil, all of Elizabethton; his son, Marc Campbell and wife Laura of Easley, S.C.; his grandchildren, Andy Curtis and Erica, Ryan Curtis, Hunter Pierson and Brianna, Anna Grace Campbell, Jacob Stokes and Joshua Stokes; his great-granddaughter, Avery Curtis; two brothers, Paul Campbell and wife Wanda of Apex, N.C., and Harold Bill Campbell and wife Lorraine of Elizabethton; a sister, Darrell Ann Fair and husband Packy of Elizabethton; a special sister-in-law, Judy Campbell of Johnson City; and a brother-in-law, Ted Hughes of Johnson City. Several nieces and nephews, along with his special neighbors, Steve and Geneva Burrough and Ken and Diane Long, also survive.
A service to celebrate and honor Bo’s life will be conducted at 7 p.m. Tuesday, January 3, in the Chapel of Peace at Tetrick Funeral Home of Elizabethton with Rev. Phil Poston officiating. Music will be under the direction of Grady and Alecia Holder. The family will receive friends in the funeral home chapel from 4:30 until 7 p.m. Tuesday, prior to the service. The service will be livestreamed from the chapel. To view the service please visit our website at www.tetrickfuneralhome.com and click on James’s obituary page. There will be a link that appears before the obituary. Simply click the link to one room livestreaming and the service will appear on the screen at promptly 7 p.m. Tuesday.
The graveside service will be conducted at 11 a.m. Wednesday, January 4, in the Mountain Home National Cemetery. Military Honors will be accorded by Veterans Honor Guard DAV #39. Active pallbearers will be selected from family and friends. Honorary pallbearers will be the Lingerfelt Crew. Those wishing to attend the graveside service are asked to meet at the cemetery (Historic Section) at 10:45 a.m. Wednesday. Words of comfort can be sent to the Campbell family through our website, www.tetrickfuneralhome.com.
Tetrick Funeral Home-Riverside Chapel, 211 North Riverside, Elizabethton, TN 37643 (423) 542-2232, is honored to serve the family of James Spencer “Bo” Campbell.