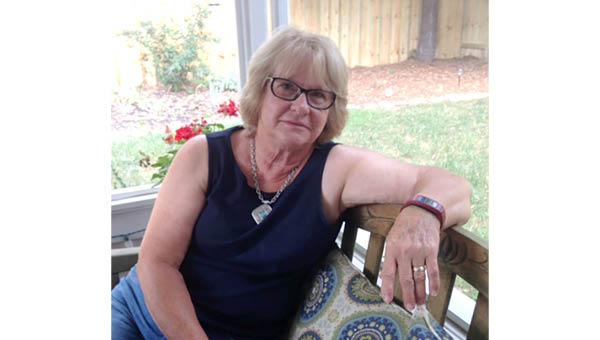 Glenda Dawn Trivette Peters, 77, Jonesborough, died January 8, 2023, after a short battle with cancer.
Dawn was born in the Poga community of Carter County to the late Linzy and Mary Jane Potter Trivette.
Dawn loved genealogy, photography, gardening, birdwatching, traveling, and collecting books and antiques. Along with her husband of 60 years, Jackie Dean Peters, she wrote the book Images of America: Carter County. Dawn was a coauthor of the book Carter County and Its People. She served as president of the Watauga Historical Association and was a leader in the restoration and maintenance of Green Hill Cemetery in Elizabethton.
In addition to her parents, Dawn was preceded in death by a brother, Prentice “Bo” Trivette; her maternal grandparents, Peter Hamilton and Zady Andrews Potter; and her paternal grandparents, Joel and Mary Ann Bunton Trivette.
In addition to her husband, Dawn is survived by her children, Danny (Karen) Peters of Lexington, Ky., and Deanne (Brad) Dale of Knoxville; two granddaughters, Rebecca Peters and Lauren Peters of Lexington, Ky.; two sisters, Rosemary Mowrey and Dianne Garland, both of Mountain City; a special sister-in-love, Patsy Treadway Trivette, Elizabethton; a special nephew, Prentice (Larissa) Trivette II, Elizabethton; and several other nieces and nephews as well as many friends.
In accordance with Dawn’s wishes, no funeral service will be held; a celebration of life will be held to honor her at a later date. In lieu of flowers, donations can be made to the Watauga Historical Association, P.O. Box 1776, Elizabethton, TN 37644.
Memorial Funeral Chapel is honored to serve the Peters family.