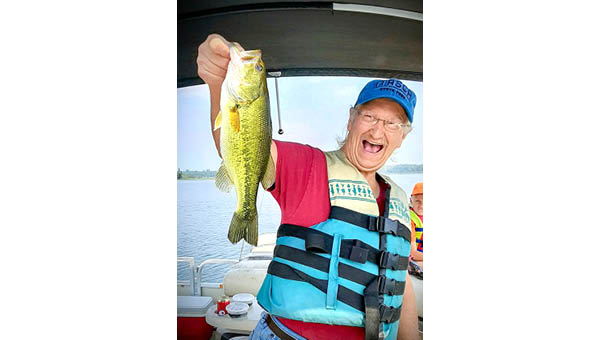 Chrisley Jay Loveless, 66, of Gilbert, S.C., passed away on January 7, 2023 surrounded by his family at home. Chris was born and grew up in Elizabethton, Tenn. After graduating from Happy Valley High School in 1974, he worked for several manufacturing and retail stores in management. More importantly to him, Chris (Jay to his people in Elizabethton) began to work with several bands in Johnson City, Tenn., before joining the band Hickory Switch and traveling around the west. It was there that he met the love of his life Mary on August 5, 1985. The two were engaged in August 23, 1985 and Chris married Mary and her two children on November 9, 1985. The next four years welcomed two more children in 1986 and 1989 and a move to Gilbert, S.C., in 1991 where they raised their family.
Chris was preceded in death by his mother, Tempie D. Loveless, and two brothers, Leonard Clay and Emmert Ray Loveless.
He is survived by his wife, Mary; his daughter, Anita Shelek (Todd) in Wheeling, W.Va.; his son, Danny Jumer (Norma) in Gilbert, S.C.; his daughter, Aubrey Vaughn in Columbia, S.C.; his son, Forrest Loveless in Gilbert, S.C.; two sisters, Evelyn Stroud of Statesville, N.C., and Gaye Loveless of Elizabethton, Tenn.; two sisters-in-law, Brenda Loveless of Elizabethton, Tenn., and Linda Loveless of Wyoming; along with nine grandchildren; one great-grandchild on the way; and many beloved nieces and nephews.
Chris was a force of nature, determined to provide for his family and give them the life he felt they deserved. His family was his whole world.
The family will have a service to honor the life of Chrisley “Jay” Loveless on Saturday, January 14, at 1 p.m. with Pastor Charles Swann officiating and Aubrey Vaughn presenting the eulogy. They will receive friends from noon until 1 p.m., prior to the service. The graveside service will follow at Loveless-Woodby family cemetery. Pallbearers will be Dwayne Stroud, Thomas Norris, Dalton Norris, Frances Bell, Tony Deloach, Ricky Woodby and Kaiden Loveless with Aubrey Vaughn serving as an honorary pallbearer.
A private memorial service will be held in South Carolina at a later date. Words of comfort can be sent to the family through our website, www.tetrickfuneralhome.com.
Tetrick Funeral Home-Riverside Chapel, 211 North Riverside, Elizabethton, TN 37643 (423) 542-2232, is honored to serve the Loveless family.