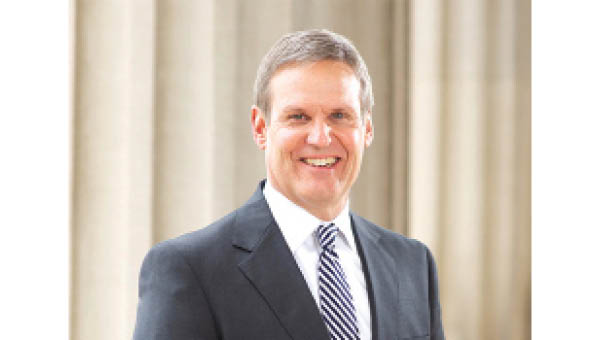 This weekend marks the inauguration of Tennessee’s 50th Governor Bill Lee for a second term. The weekend will be full of festivities, including a worship service.
“The Lord has been faithful and poured His great favor over Tennessee,” said Gov. Lee. “Maria and I invite Tennesseans to join us for a celebration of our state, as we thank God for our many blessings and seek His wisdom in the days ahead.”
The 2023 Inaugural Ceremony and Worship Service Saturday, Jan. 21, are both free to the public with registration.
Michael W. Smith, Steven Curtis Chapman, Chris McClarney, Nicole C. Mullen, Chris Tomlin, the Fisk Jubilee Singers from Fisk University and other acclaimed performers will headline the Inaugural Worship Service at the legendary Ryman Auditorium at 8:30 a.m. CT.
Immediately following the worship service, Gov. Lee was scheduled to take the oath of office at the Inauguration Ceremony at 11 a.m. CT on Legislative Plaza. The oath will be administered by Tennessee Supreme Court Chief Justice Roger Page. The event is a joint convention of the 113th General Assembly.
‘Tennessee: Leading the Nation’ celebratory events will take place in Nashville. With the exception of the ticketed Saturday evening events, all activities are free and open to the public with limitations based on venue capacity. Registration is required for all events.
“Tennessee is leading the nation as a guiding light for opportunity, security and freedom,” said Lee. “Maria and I invite Tennesseans to join us as we reflect on the tremendous success Tennessee has seen over the past four years and celebrate as we move forward in anticipation of our state’s continued prosperity.”
Since becoming Governor in 2019, Governor Lee has focused on several priorities including quality education, economic development, public safety, and supporting families, all with a particular focus on the accelerated transformation of rural Tennessee. Under his leadership, Tennessee has strengthened career and technical training, expanded school choice, passed the most pro-life legislation in the country, achieved meaningful criminal justice reform, cut taxes, and sharpened the effectiveness of government.
Additionally, Tennessee was named the number one best fiscally managed state in the country, the best business climate in the U.S., number one in the nation for advanced industry job growth, and the best state for small business growth. Tennesseans also enjoy the lowest state and local tax burden per capita in the country. Since Governor Lee took office, the state has garnered 272 project commitments to create almost 40,000 jobs and $12.9 billion in capital investments, with Ford Motor Company and SK Innovation, Amazon, Oracle, FedEx-Logistics, General Motors, Mitsubishi, and dozens of other companies choosing to invest in Tennessee’s business-friendly environment.
The governor and first lady are people of strong faith. They are active in numerous faith-based ministries, which have taken them all over the world to serve people in need, including to Africa, Haiti, Central America, and the Middle East.