WJHL 70th Anniversary celebration to kick off in Elizabethton 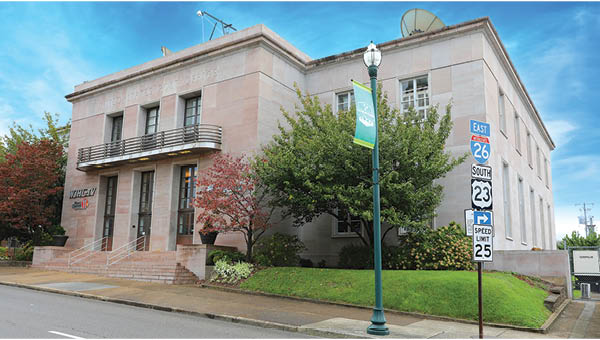 By Lynn J. Richardson
Elizabethton will be the first stop in WJHL Channel 11’s year-long celebration of its 70th Anniversary.
To celebrate the special anniversary, the station will bring its news team to town for a series of live newscasts. The broadcasts will be open to the public on Wednesday, Jan. 25, from The Coffee Company, 444 East Elk Avenue, and the Bonnie Kate Theater, 115 S. Sycamore Street.
Paula Jackson, WJHL Vice President and General Manager, said the station will be also be choosing additional locations from its viewing area throughout the year — one each month — and inviting the public from those communities to attend the live newscasts.
“It’s our way of saying ‘thank you’ to our viewers for their support through the years,” Jackson said. “Josh, Sarah, Mark and Kenny will all be there and we invite the viewers to come and enjoy the noon and evening newscasts. We look forward to this opportunity to give back, to be out there live so the community can see who we are and what we do.”
“We will be coming to a community near you soon,” Jackson added, noting, that in addition to the news of the day, interviews with various town leaders will be included throughout the broadcasts.
The station’s first stop will be The Coffee Company where it will begin its news broadcast at 6 a.m. before the business opens at 7 a.m.
Frankie Bailey, owner of The Coffee Company, is looking forward to the event, and once the doors open, Bailey invites the public to drop in to watch the live broadcast of Good Morning Tri-Cities at 10 a.m., and the noon newscasts at 12 and 12:30 p.m.
To help celebrate the event, Bailey and her team have concocted two special drinks to honor News Channel 11 anchor and Elizabethton native Josh Smith. The “Jazzy Josh” will feature Smith’s favorite blend, Appalachian Morning, in a cafe au lait with dry cinnamon and macadamia nut. The other drink will be Appalachian Amaretto, a latte with amaretto and brown sugar.
“I’ve enjoyed getting to know the people at WJHL and it will be fun to have them in Elizabethton,” she added. “It will be fun to see the community engage with their favorite anchors and enjoy a live broadcast. We have such a wonderful community and we are thrilled to have WJHL here for their first outing. It will be interesting to see how they set up their lighting and what all they do for the live broadcast.”
In the afternoon, the WJHL team will move to the historic Bonnie Kate Theater, where they will do live newscasts at 4 p.m., 5 p.m., 5:30 and 6 p.m. These broadcasts will also be open to the public.
John Huber, chairman of the Bonnie Kate Theater Restoration and Revitalization Board, looks forward to the event, calling it “a tremendous opportunity.”
“In addition to helping WJHL celebrate their 70th Anniversary, it will also give us, who are involved with the Bonnie Kate, a chance to showcase who we are, where we’re going, and the progress we are making,” Huber said. “We are now on the cusp of starting improvements that we’ve been talking about for the longest time. We are starting to tear things apart and put in the new.
“We’ve already done a lot of very necessary things the public doesn’t really see,” he added. “We look forward to hosting WJHL at the Bonnie Kate so we can tell our story about the work we’ve done so far and our exciting plans for the future.”