Rangers and Huskies go at it in Stoney Creek 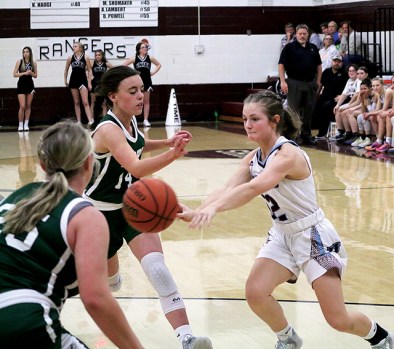 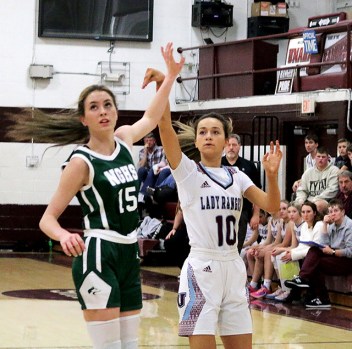 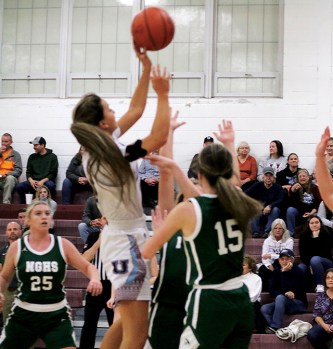 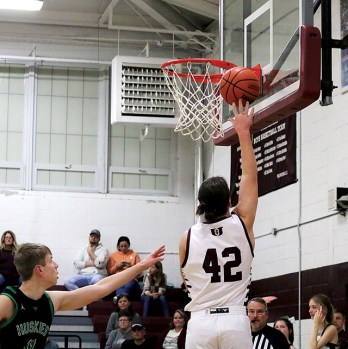 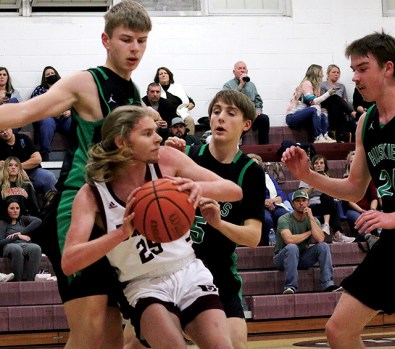 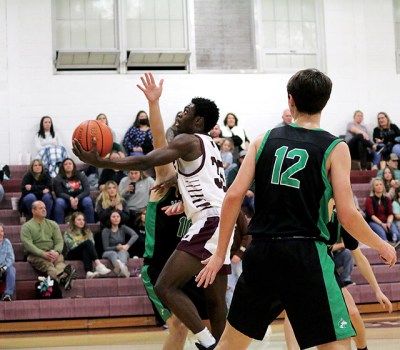 Star Photo/Ron Marvel Rangers point guard Joe-Z Blamo drives the paint for the layup for two of his 20 points on the night. 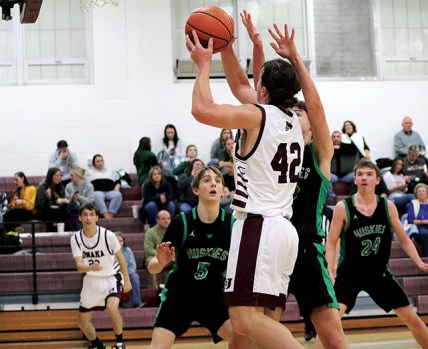 Star Photo/Ron Marvel Landon Ramsey drives to the hole he would finish the night with 35 points. 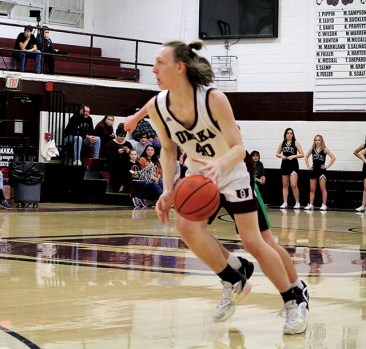 Star Photo/Ron Marvel Jackson Deyton pushes the ball up the court for Unaka. 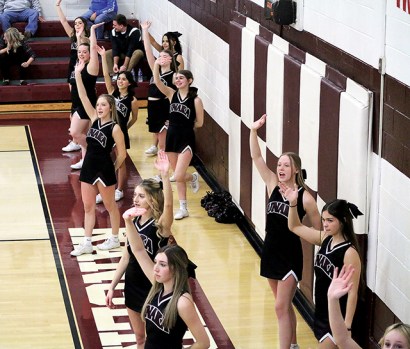 By Ron Marvel
Star Correspondent
If you journeyed up to Stoney Creek Friday night, you witnessed not one but two dandy games; and even though both Huskies teams had better records, the Rangers were dogged and determined to defend their home turf. Both games would come down to the final seconds and many in attendance walked away feeling like it was a shame that any of these teams had to lose.
Varsity Boys- Unaka 84 North Greene 75
The Rangers would race out to a 10-0 lead off the hot hand of Landon Ramsey, who seemed to be everywhere, but as the Huskies would do all night, they would rally and close the lead down to six points before a Joe-Z Blamo 12-foot jumper. North Greene would close the Rangers lead to just three points at 24-21 before a three-pointer by Johnny Douglas would spark an Unaka run to push the Rangers lead back to 12 at 33-21. Unaka would show great patience in working the ball around the perimeter and finding the open man; Mason Wilson would hit a three-pointer to keep the Huskies at a distance. The aggressive nature of the Rangers would push the Huskies into the bonus range at the mid-point of the second period. The Rangers would take advantage by going to the line and hitting 10 of 14 free-throw attempts. Wilson would hit another three-pointer and then sink a couple of free-throws to push the Rangers lead to 13 at the half, 45-32.
A Blamo assist to Brayden Powell would get the Rangers started in the half. The second half would be a display of the Rangers surviving one Huskies wave after another. Husky point guard Jason Britton would near single-handedly bring North Greene back with his Herculean effort on the night, scoring 56 points in the game (a North Greene record for a single game).
However, every time the Huskies would get close, the Rangers would counter-punch and push the Huskies charge back. The soft shooting touch off Landon Ramsey would keep the Huskies at bay in the third period for the most part, yet going into the final period, the game would stand at just a four-point Rangers lead, 59-55.
It needs to be noted that Ramsey and Blamo deserve much credit for their performances but to recognize Johnny Douglas would be near criminal as he would do much of the hard work for the night diving for loose balls and grabbing rebounds. The game at the midpoint of the final period would stand at 66-60, Unaka, but another Huskie run would close the game to just two points with 80 seconds remaining. Blamo would take over in the final seconds, hitting free throws and a couple of floaters to wrestle the hard-fought victory away for the Rangers.
Ramsey would have 35 on the night and Joe-Z Blamo would score 20; 14 would come in the final period. After the game, Coach Aaron Dugger talked about the character his team showed on the night “we stress playing hard; this is a big win for us. We have had some tough games this year but we just keep coming back over and over,” he also beamed about the diligence of forward Johnny Douglas “that’s who Johnny is, he does the hard work, loose balls, great defense, I’m so proud of that kid.” Point guard Joe-z Blamo would reflect on the game as well “we have been in the gym working daily since that Cloudland game and people have told me I’m not the player I was last year. I’m still trying to prove I’m one of the best players in the league.”
Girls Varsity – North Greene 39 Unaka 36
In a back-and-forth contest that saw several ties and more lead changes, Unaka fell just short in a defensive struggle. Both teams seemed as though they were spinning their wheels offensively to open the game;  Huskies would close the first period up 12-7. Lyndie Ramsey would rally her troops scoring six straight points to cut the Huskie’s lead down to 16-13 at the 2:10 mark of the second period. Katelyn Dugger would hit a jumper to help the Rangers tie the game at 15 all.  Ramsey would close the half out on a floater at the buzzer to make it 17-15 Rangers lead going into the locker room.
The second half would start with both teams trading layups and the game being knotted at 20-20 at the 6:11 mark of the third period. Neither team would get up by more than three points in the third period. The Huskies would start the final period up by three points at 27-24.
Ramsey would hit a layup and a three-pointer that put the Rangers up by five, 29-24, at the 5:34 mark of the fourth period. North Greene would battle back, taking a one-point lead at 36-35 with just 44 seconds left after finding Huskie Haley Bailey on a back door cutter and taking a one-point lead. Rangers Keyona Hague would grab a rebound and get the putback to put the Rangers back out front by one point with just 23 seconds left. The Huskies would respond with a final three-pointer to grab the lead back at 38-36;  which would set up for a game-tying shot from the Lady Rangers but a Ramsey floater over two Husky defenders would stroll all over the rim but just wouldn’t drop. Coach Chambers would share his thoughts after the game, “we played hard and are playing better as a team; against a good team, you have to get every rebound; we have grown up a lot this year. I am super proud of them”. Ramsey would finish the game with 24 points, while Haley Taylor would chip in five.