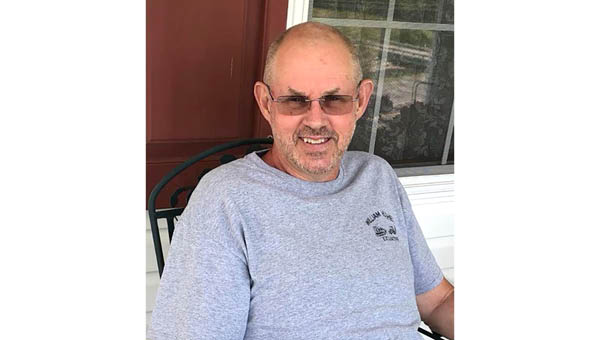 “To be absent from the body is to be present with the Lord” 2 Corinthians 5:8
William E. Hughes Jr. went home to be with the Lord on Friday, January 20, 2023. He passed very peacefully at his home with his family by his side following an extended illness. He was born February 3, 1961 to the late William E. Hughes Sr. and the late Lucy Roberts Hughes.
In addition to his parents, he was preceded in death by a sister, Charlotte Gail Hughes, and three nephews, J.R. Julian, Matthew Roberts and Jamie Davis.
Mr. Hughes was a member of Evergreen Freewill Baptist Church where he was very active. He loved participating in the programs, plays, and Bible School. He loved his church and church family. The family is thankful for all the support and love shown to them from Evergreen, other churches in the community, beloved neighbors, and friends and family during such a difficult time.
Mr. Hughes is survived by his wife of 38 years, Tami Shell Hughes; two sons, Coty Hughes and Casey Hughes; his siblings, a special brother, Douglas (Phyllis) Roberts; a special niece, Windy Julian Williams; a special cousin, Eddie Hughes; and several nieces and nephews.
William was owner and operator of William Hughes Excavating for close to 30 years. He had a heart of gold and would help anyone. He loved spending time with his family, especially his two sons. They were the love of his life. He also loved traveling, NASCAR Racing, attending church services, riding motorcycles with his son Casey, and spending time with his friends. He often spoke of his work, of how fortunate he was to work outside because he was surrounded by God’s beauty. It didn’t matter what the weather was like, he would always say how beautiful it was and a blessing to just be here.
He was also blessed with some of the best friends, Kevin Reece, Roger Gilliam, Lynn Ellis, Tony and Jean Eller, John Bertochinni, Freddy Julian, Alan Burleson, David Johnson, Danny Potter, Dennis Hughes, Chad Clark, Bill Perkins, Adam Matherly, Dave Carangi and Robin, Mason D. Ledford Trucking, Beecher Holtsclaw, Bill Shoun, Scotty Hayes, Lisa Poole, Clarence Largent, Brian and Sherry Higgins.
Special thank you to Quality of Life, Dr. Famoyin and Sarah Hammons and staff, Roan Mountain Medical Center, Dr. Hanson and staff, and also Amedysis Hospice for all the care and support given to William and family.
A service to celebrate William’s life will be conducted at the Rhododendron Chapel of Tetrick Funeral Home at 7 p.m. Tuesday, January 24, with Rev. and Pastor John McCoury and Rev. Derrick Hughes officiating. Music will be under the direction of Tim and Sandra Hughes. The family will receive friends from 5 until 7 p.m., prior to the service. The committal service will take place at 11 a.m. Wednesday, January 25, in the Lindy Richardson Cemetery. Those wishing to attend the committal service are asked to meet at the Rhododendron Chapel at 10:30 a.m. to travel in procession to the cemetery. Active pallbearers will be Kevin Reece, Roger Gilliam, Lynn Ellis, David Johnson, Dennis Hughes and Chad Clark. Honorary pallbearers are Bill Shoun, Tony Eller, Alan Burleson, John Bertochinni, Harold Greene, Billy Julian and Garfield Freeman. Words of comfort can be sent to the Hughes family through our website, www.tetrickfuneralhome.com.
Tetrick Funeral Home-Riverside Chapel, 211 North Riverside, Elizabethton, TN 37643 (423)542-2232 is honored to serve the family of William E. Hughes Jr.