A Life Lived: Marsha Jean Hawk was a lady of laughter and love 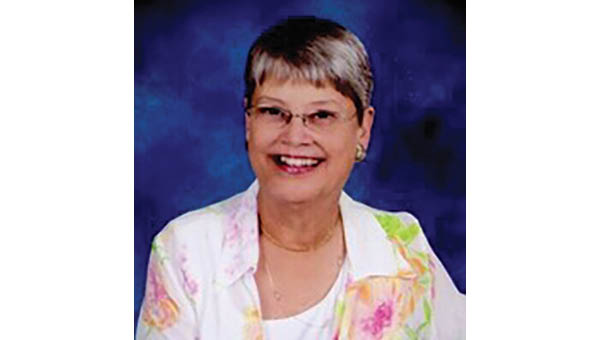 BY ROZELLA HARDIN
Editorial Director
rozella.hardin@elizabethton.com
Marsha Jean Hawk was known as Marsha to her working friends, but to her husband, James, she was Jean. To her friends, she was known by her hearty laughter and smile.
The woman known for her laughter and smile died Jan. 12.
Marsha, 64, was a retired social worker at Ivy Hall Nursing Home, a position she held for 37 years. After her retirement, she came back and volunteered at the nursing home, often delivering the mail on Saturday and visiting residents.
Judy Deloach, Administrator at Ivy Hall, recalled her first meeting with Marsha. “I advertised for a social worker, and one day she came in like a whirlwind — a big smile on her face — and she said, ‘I see you are advertising for a social worker. I’m the one you need!! Needless to say, after talking with her and looking at her resume, I hired her and I never, not for one time regretted it,” said Deloach.
Deloach said Marsha was excellent with the residents. “She loved them and took their problems to heart and often prayed with them. Marsha was a very kind person and if you had a problem, it became her problem, too. She was a wonderful person and touched so many lives while she was employed at Ivy Hall. She was a real prayer warrior,” said Deloach.
Most would agree with Judy that she had a laugh that could be heard all over town. Several on the funeral home tribute page made mention of Marsha’s positive attitude and smile.
Marsha was married 41 years to her husband, James Hawk. “She was full of energy and she loved the elderly. I think she was inspired to work with the elderly because of the love she had for her grandmother and having cared for her part time. She was good at her job at Ivy Hall,” said James often through sobs and tears.
James noted that Marsha spent her first nine years in South Carolina. “Her mother was from Stoney Creek, and the family moved back here, and her father worked at Mahoney’s in Johnson City when it was an Army Supply Store,” he shared.
Not one to work inside the home or cook, Marsha got by. “She loved sports and was a big fan of the Clemson Tigers and Minnesota Twins. Jean (as James knew her) played a lot of church softball and she I and played tennis. She was always physically active,” her husband shared.
He also noted that church was a big part of Marsha’s life. “She loved the Lord and being with Christian people. She always taught Sunday School and enjoyed singing,” he said.
Marsha was a member of Calvary Baptist Church and in earlier years had attended Sinking Creek Baptist Church. She was a choir member and Sunday School teacher at both churches when she attended them.
Those that knew Marsha would agree that she loved the Lord and enjoyed serving Him. And, she did it through her work at Ivy Hall Nursing Home by being a friend to the residents and employees. “Marsha loved people and she enjoyed ministering to them. She was a good Christian woman,” said James.
Deloach agreed. “Marsha was a kind human being and gave so much of herself to our residents. She listened to them, and took their problems to heart. Marsha never met a stranger. She served our nursing home and residents in so many ways. Her warmth and kindness touched us all,” said Deloach,
And, for sure, if you listen carefully, you, today, can hear Marsha Jean Hawk’s laughter echo in the halls of Ivy Hall Nursing Home. She will not too soon be forgotten.