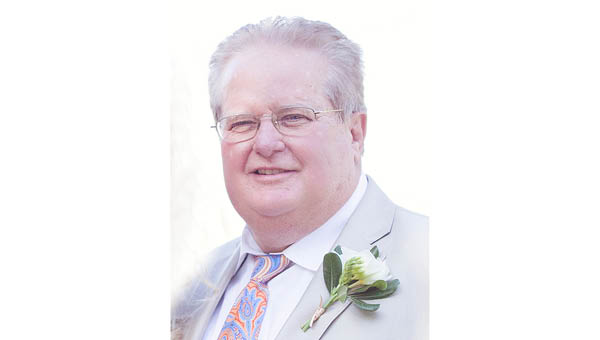 Eddie Lyle Lewis, 66, of Elizabethton, Tenn., passed away on Monday, January 23, 2023, at Johnson City Medical Center. Eddie was born in Elizabethton to the late Wayne and Ruth (Williams) Lewis. In addition to his parents, he was preceded in death by a brother, Larry Lewis, and a sister, Betty Lewis.
Eddie was known for his kindness, generous spirit, and love for his family and friends, many of whom he made during his long career in food services. He was a devoted lifetime fan of Tennessee Vols football and the Elizabethton Cyclones, and had many close friends he attended those games with. He also loved his family beach trips to Isle of Palms and Charleston.
Those left to cherish Eddie’s memory include his loving nephew, Andrew Lewis, of the home; his brother, Steve Lewis (Ryan Baltz) of Johnson City; his sister, Suzanne Miller of Queensland, Australia; his dearest friend, Karen Wilson of Johnson City; a sister-in-law, Jan (Ron) Malezis of Elizabethton; two nieces, Aarron (Brian) Jack of Elizabethton and Jessi (Chris) McComas of Lakewood Ranch, Fla.; a nephew, Jake (Keely) Malezis of St. Petersburg, Fla.; dear family, Alexis (Nick) Greene and daughters, Isabella and Henley of Johnson City; his great-nephews, Cooper Jack and Owen Jack; his great-nieces, Ellie Jack and Josie McComas; and an aunt, Jane (Ray) Dunkelberg of Brevard, N.C. Several other cousins and other extended family members also survive.
A service to celebrate and honor the life of Eddie Lyle Lewis will be conducted at 7 p.m. Friday, January 27, in the Chapel of Peace at Tetrick Funeral Home of Elizabethton with Rev. Grant Foster and Mr. Michael Klaus, minister, officiating. The family will receive friends in the funeral home chapel from 5 until 7 p.m. Friday, prior to the service.
The committal and entombment will be conducted at 10 a.m. Saturday, January 28, in the Mausoleum of Peace at Happy Valley Memorial Park. Active pallbearers will be Chris Garland, Larry Collins, Randy Pippin, Charlie Blaylock, Rusty Lewis, Wyatt Pitsenbarger and Josh Hayes. Those wishing to attend the entombment are asked to meet at Tetrick Funeral Home of Elizabethton at 9:15 a.m. Saturday to go in procession to the cemetery. The family would like to extend a special appreciation to the team of medical care providers for the professional support and care to Eddie. Those who prefer memorials in lieu of flowers may make donations in Eddie’s honor to the American Kidney Fund, 11921 Rockville Pike, Suite 300, Rockville, MD 20852 or online at www.kidneyfund.org. Words of comfort can be sent to the Lewis family through our website, www.tetrickfuneralhome.com.
Tetrick Funeral Home-Riverside Chapel, 211 North Riverside, Elizabethton, TN 37643 (423) 542-2232, is honored to serve the family of Edward Lyle Lewis.