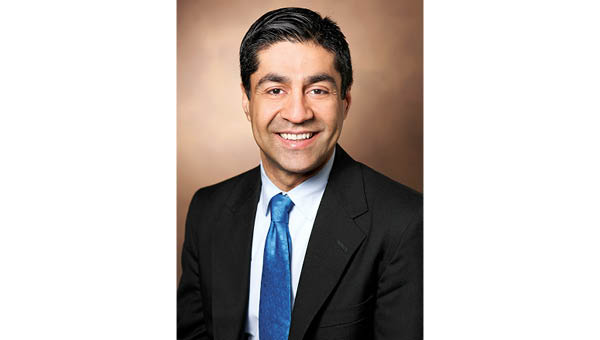 The patient had been told her tumor was inoperable because of its proximity to major blood vessels, including the aorta. The procedure was performed by surgical oncologist, Kamran Idrees, MD, MSCI, MMHC, FACS, Ingram Associate Professor of Cancer Research, and radiation oncologist, Natalie A Lockney, MD, assistant professor of Radiation Oncology.

Vanderbilt, the only Center of Excellence for pancreatic cancer in Tennessee as designated by the National Pancreas Foundation, is also the only hospital in the state with this advanced surgical technology. Idrees specializes in treating complex cancers of the pancreas, liver and bile ducts that may involve major blood vessels and adjacent organs. His patients include people with pancreatic and other abdominal cancers who have been told their tumors are inoperable.

“We are encouraged by the results of treating localized pancreatic cancer with electrons during surgery,” said Idrees, chief of the Division of Surgical Oncology and Endocrine Surgery. “We serve our patients by implementing the latest innovations at Vanderbilt to improve outcomes.”

Pancreatic cancer remains one of the deadliest forms of cancer. The location of the pancreas with its proximity to major vessels, duodenum, stomach, small and large bowel, liver and kidneys makes precision critical.

“With the precision of intraoperative radiation therapy, we can target any remaining cancer cells on or near blood vessels to vital organs to preserve them. With this technology, we can precisely give radiation to the area of concern during surgery while avoiding radiation to other organs,” Idrees said.

IORT with electrons makes precise surgery available for more patients than ever before, IntraOp Medical Corporation said in a press release.

“While this procedure is a first for the extraordinary team at Vanderbilt University Medical Center, it is yet another chapter for the promise of IORT with electrons and our collective fight to better treat pancreatic cancer,” said Sanjay Arora, CEO at IntraOp. “We’re excited to see where this important milestone leads us.”

The Vanderbilt Pancreas Center offers a protocol that prioritizes time to treatment, second opinion sessions, a multidisciplinary clinic and a nurse navigator to personally assist patients. For more information, visit www.vanderbilthealth.com/program/pancreas-center or call 615-473-1930.