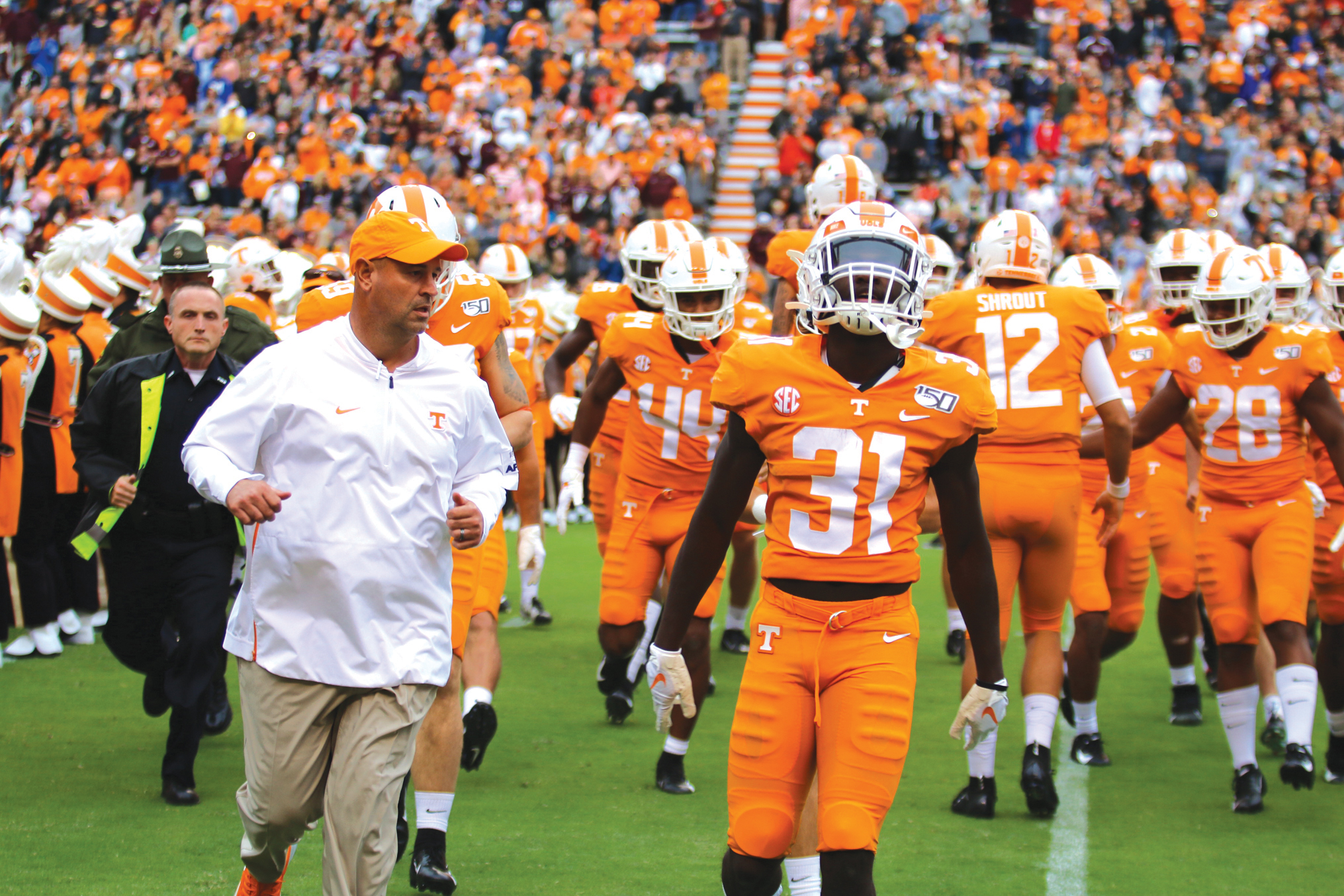 BY WES HOLTSCLAW SPECIAL CONTRIBUTION KNOXVILLE — It was the game Jeremy Pruitt expected his team to deliver weeks ago. As the Tennessee football ... Read more

VALPARAISO, Ind. — For every Buccaneer surge, Valpo had an answer. East Tennessee State, facing a double-digit deficit early in the second half, scratched and ... Read more

BRISTOL, Va. — The day revolved around rounds of golf with a Peyton Manning, Jason Witten or Dan Marino. The common theme among celebrities participating ... Read more

Returning the favor from a loss in Blountville two weeks ago, Elizabethton’s boys soccer team tilted the momentum early and held through a foul-laden second ... Read more

Brumit honored by A-Sun as student-athlete

The results on the athletic fields or courts certainly make a difference to athletes at the high school and collegiate level, but the most important ... Read more

Writing was on the wall at UT

A three-run blast from Madeline Stanbridge put Happy Valley on notice. The Lady Warriors responded not only once, but twice. An RBI triple in the ... Read more