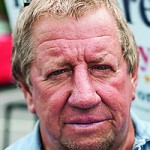 “I don’t care to put it plain and blunt… it’s illegal.” – Roy Livingston 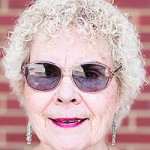 approved by the County Commission and on County Mayor Leon Humphrey’s decision to veto the budget.
Humphrey vetoed the 2014-15 budget on Wednesday, citing concerns that amendments made to the budget by the commission were illegal under state law in light of an opinion by the state attorney general.
The Elizabethton Star spoke with individuals coming and going from the Carter County Courthouse on Thursday to try to assess the public’s opinion on the budget and Humphrey’s action.
Each was asked the questions: “What do you think of the budget passed by the county commission?” and “What do you think of Mayor Leon Humphrey’s 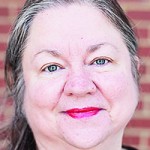 “He was certainly looking out for the citizens of Carter County.” – Andrea Campbell 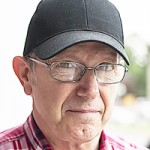 “Personally I believe the mayor is trying to do the right thing.” – Jerry McCoury

decision to veto the budget?”
Some were very outspoken; others shared only a few words. Some did not want to give a name but did want to share their opinion.
“We’ve got enough taxes in Carter County,” David Heaton said. Wayne Heaton agreed, saying the county’s tax rate was high enough.
“Personally, I believe the mayor is trying to do the right thing,” said Jerry McCoury. “It is doing what the state law mandates.”
“I hope the county commission can work together on this,” he added. “There seems to be a lot of acrimony there.”
Karen Crowe also expressed her displeasure with the approved budget. “I’m not for it,” she said. “You don’t see none of it going to the schools or the roads.”
Some individuals said they felt the increase to the tax rate was harmful. 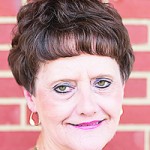 “I hate it,” said Jan Young, referring to the approved budget. “It just jacked my 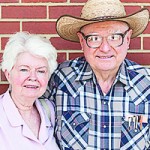 “I think the mayor is correct.” – Ron Winter

taxes up twice more and I think it wasn’t legal.”
Ron Winter also commented on the burden the tax increase placed on him. He said the 12-cent tax increase will cost him an additional $240 on his yearly taxes.
“I think there needs to be careful consideration and cuts made,” Winter said of the budget, adding he supported Humphrey’s veto of the budget. “I think the mayor is correct.”
His wife, Barbara Winter, agreed and said she and her husband support Humphrey in his decision.
Roy Livingston, who frequently attends meetings of the county commission and its various committees, said he did not approve of the budget passed by the commission on Monday.
“I don’t care to put it plain and blunt … it’s illegal,” Livingston said. “It’s that simple. The state’s attorney general said so.”
“You have to abide by the law,” he added. “You can’t make your own laws as you go.”
Andrea Campbell said while she understands a tax increase may be necessary, she believed the veto was the right course of action for the mayor.
“I fully support Mayor Humphrey,” she said. “I think he is doing that for the people of Carter County.”
Several people said they were not familiar with the veto or the questions raised about the legality of the actions taken by the county commission in amending the budget.
“I haven’t read enough to know much about it,” said one man, who did not want to give his name. Another man, who also declined to give his name, said “I really don’t know what is going on, to be honest.”
While many of the people who spoke with us on Thursday voiced concerns or complaints regarding the budget and the tax rate, none of the individuals made any negative comments regarding Humphrey’s decision to veto.

Photo by Brandon Hicks One person was injured and another charged after a wreck on Highway 91 Thursday evening. Elizabethton... read more