ETSU prof calls for ‘War of Deeds’ with Al-Qaeda 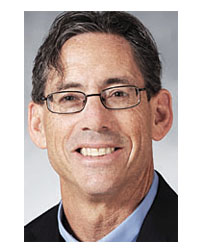 An East Tennessee State University professor believes the United States has a more powerful weapon than rockets, drones or even cruise missiles that it can bring to bear against Al-Qaeda.
Deeds.
Paul Kamolnick describes that theory in his new book, “Countering Radicalization and Recruitment to Al-Qaeda: Fighting the War of Deeds.”
The professor in ETSU’s Department of Sociology and Anthropology writes that “actions, policies and deeds – those of the U.S. government and al-Qaeda – be leveraged as a means of delegitimizing al-Qaeda terrorist propaganda.”
Deeds, Kamolnick says, are “an especially persuasive form of communication: what we do matters far more than what we say, or what we say about what we do.”
Simply put, the writer says policies and actions speak far louder than words; and actions, not platitudes, are proof of one’s motives.
“The power of deeds as communication remains seriously underexploited, however, in U.S. government information warfare designed to counter al-Qaeda’s propaganda,” Kamolnick said.
He calls for fighting the “War of Deeds” on two fronts: “changing deeds and challenging deeds.”
“Changing deeds requires that the United States carefully and systematically examine its own foreign and military policies and their specific consequences for the Arab and Muslim world,” he said. “Challenging deeds comprises systematically countering with evidence and fact al-Qaeda’s two greatest propagandistic fabrications: that the United States is a crusader at war with Islam, and that al-Qaeda is the vanguard defender of a besieged and oppressed Muslim Umma (or community).”
This is Kamolnick’s second book commissioned and published by the Strategic Studies Institute of the United States Army War College in Carlisle, Pa. The first was “Delegitimizing Al-Qaeda: A Jihad-Realist Approach,” published in 2012.
Kamolnick holds a doctorate from Florida State University. Among his many research interests is the sociology of global terrorism, and he has taught various courses on the topic.