A Fan For All Seasons: Since the Twins first came to town, Paula Bishop has been cheering 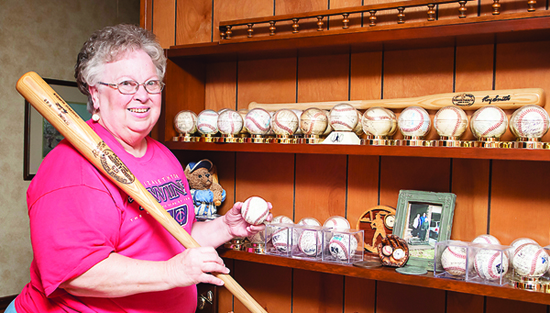 Photo by Brandon Hicks
Paula Bishop shows off her collection of Twins memorabilia, which includes autographed baseballs from local players. Twins Manager Ray Smith has given Bishop a baseball autographed by Twins players each year since 1988.