Thursday’s The Great Chase Medallion has been found 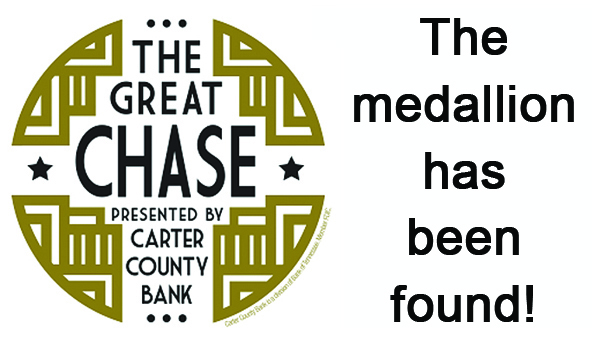 The final Great Chase Medallion has been found.

Liz Street, of Hampton, located the medallion at the entrance to Laurel Falls in Hampton. With the finding of the medallion, Street became the final qualifier for the $1,000 grand prize giveaway which will take place tonight during The Great Taste of Carter County event.

Good luck to all four qualifiers in the drawing tonight!

The third clue for The Great Chase medallion hunt for Thursday, Sept. 25 is: Where The Trail Begins. So now... read more